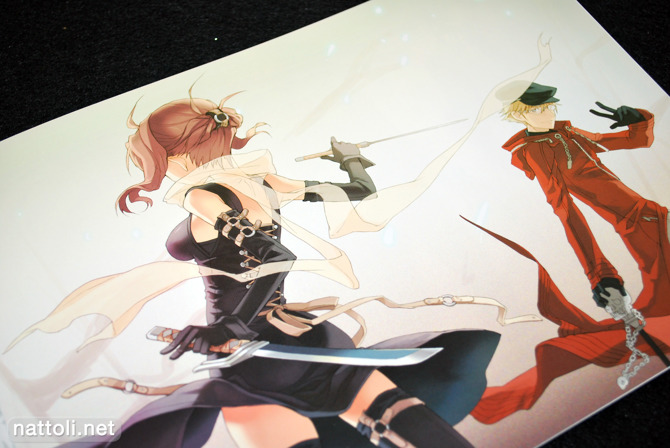 The World of M is a collection of concept art designed by Korean artist H2SO4. It's a doujinshi and was the release for the circle Island of Horizon during Comiket 76. The World of M is just a start, and it looks like H2SO4 may be working on it for future doujinshi releases. 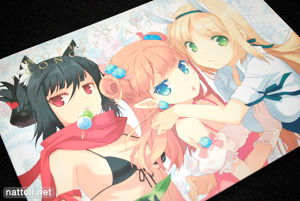 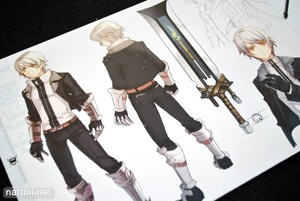 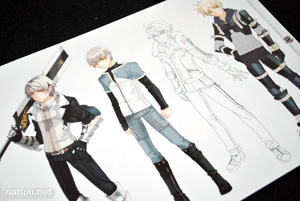 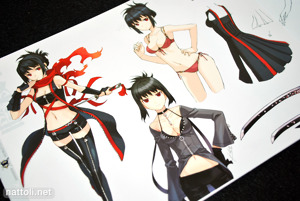 The circle Ice & Choco, run by Naru Nanao and Kokonobi, has a similar thing going on with their Plumaos Academy, which consists of all original characters who they put in a variety of different art work. The World of M is 16 pages and full color, but that's a little misleading seeing as at least three of those pages are solely black and white sketches. 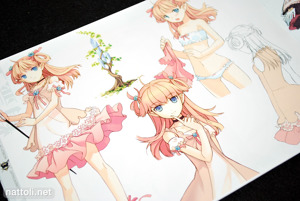 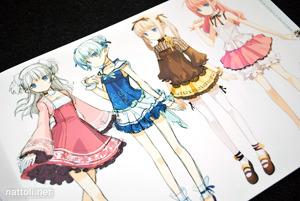 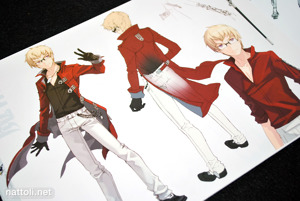 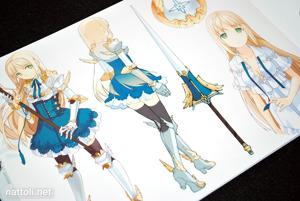 But... If this is the direction H2SO4's I'm not too thrilled with the prospects. His previous books like Shiroi Hane and Tropical Nights, Girl's Rhythm all included a lot of variety along with fan art. I really enjoyed his takes on other characters. 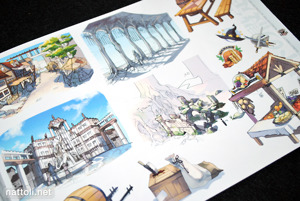 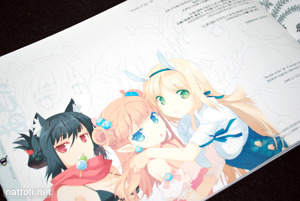 This isn't to say the World of M release is bad, much to the contrary, the art work and designs are well done. But all the pages (aside from the first page) are character modeling pages, and the rest are rough sketches. There is some background scenery in there, but that really is about it. 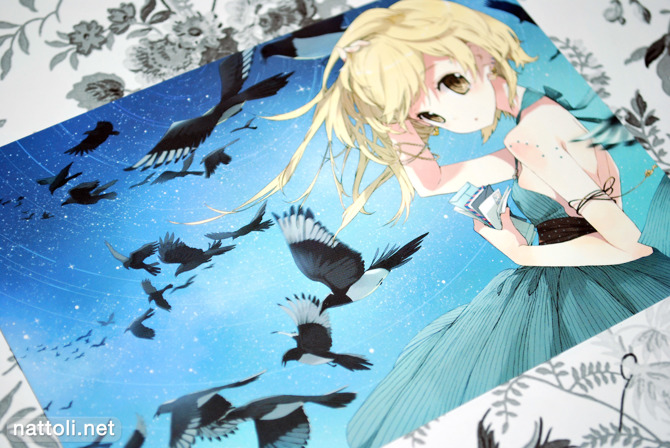 Ironically, the highlight of the release for me was the postcard given away with the book at Comiket 76 that was by another artist, Tiv. There were actually two different postcards available, but you were only able to pick one per copy of the book you bought. I would definitely recommend some of H2SO4's other releases over this one, but hopefully this concept world will evolve into something better later on.

Aahhh lucky to be able to score this Nat!

And sometimes the sketches are more revealing than the full coloured illustrations. I find that quite often, a lot of detail is lost from a drawing once coloured.

I like sketches, but when it's of a full illustration and not a character profile like they are here. I think I'm really just used to better stuff from H2SO4 ^^;

Nice art, too can't buy an artbook without backgrounds though, I feel like I'm only getting half a book!

Agreed! But there really aren't a lot books out there that are illustrations + backgrounds entirely. A lot of times, the artist is only responsible for the character art so they can't get the rights to publish the background in their art book.

Nice landscape format, I luv those type of artbooks! Thx

Me too, especially since they're usually perfect for desktop wallpapers ^^