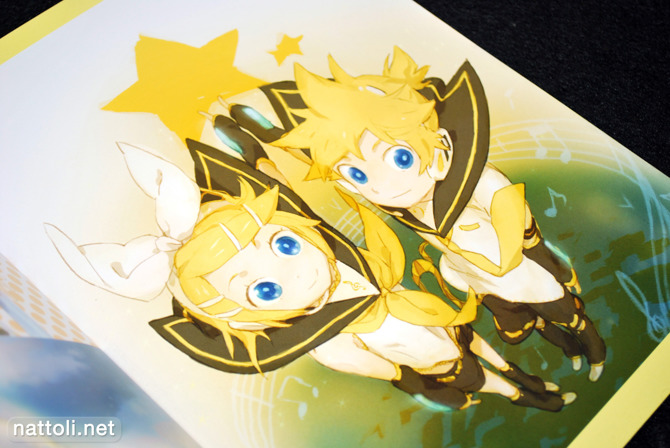 COLORS is a Vocaloid fan book that came out during the Vocaloid Master 9 (ボｰマス９) from the circle Ritornello, whose main artist is Mitosa (みとさ). You can check out her (or his, I never know this kind of thing ^^;) art work on Pixiv as well. 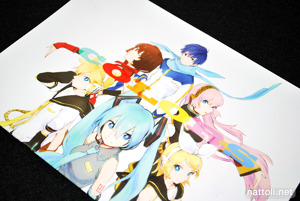 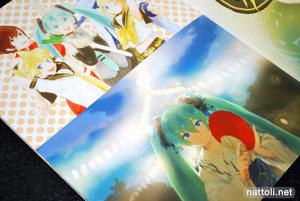 The Voc@loid M@ster 9 event was just a little while after Comiket (on 09/06/2009) so I was surprised to see that there were so many new illustration books, that hadn't come out during C76. But I guess when you're a Vocaloid fan yourself (as the artist seems to be) you'd prefer premiering at the Vocaloid only even! 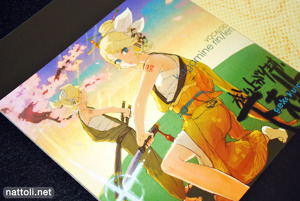 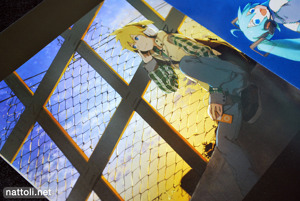 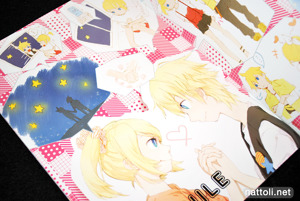 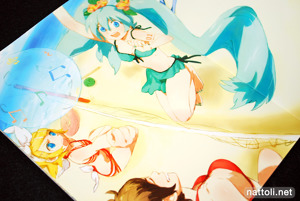 There's definitely a bias towards Kagamine Len and Rin in Mitosa's COLORS. Out of the 15 illustrations, 6 of the illustrations feature just Rin or Len or the two of them together. And since a lot of the other drawings are group shots, Rin and Len are in nearly every picture in the book. 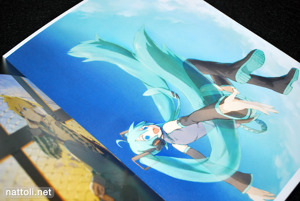 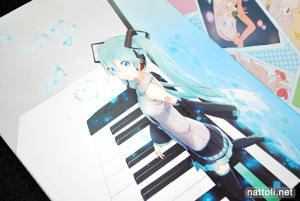 Hatsune Miku does have a few entirely on her own though. A couple of the illustrations were done for music videos on Niconico Douga. There is a particularly nice one of Hatsune Miku stepping out of a liquid screen and onto a music keyboard ^^ 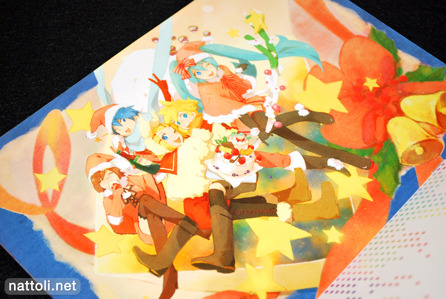 And now for one with everyone in Santa Claus suits! Though not pictured, there's also a full page collage of Megurine Luka. I like the newer Vocaloids, but they don't appear as often in doujinshi as the older ones.

Speaking of newer ones, there are also a couple of pictures featuring Gumi, though one of them is a little silly (see above). The other, with Gakupo and Gumi is a guest artist illustration by Kazune. Kazune also has a really colorful style, similar to Mitosa's and also worth checking out. Though it's not a collection I could see myself going out of my way to get, it's definitely nice enough to bundle up with other doujinshi if you're doing a big shop! ^^ 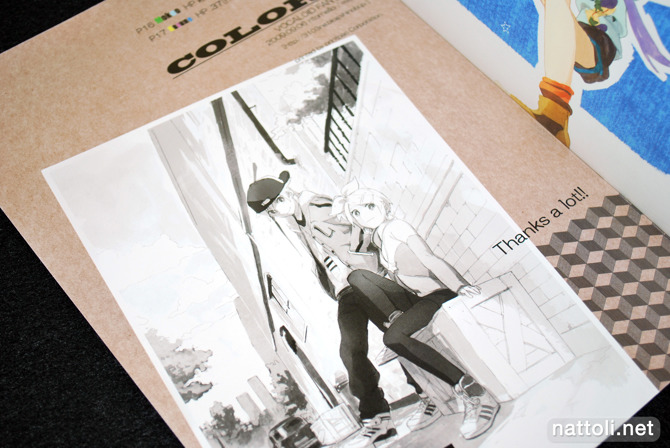 I never thought I'd want a vocaloid artbook. Maybe I will change my mind now ^^;

This one has some great colors! Not a vocaloid fan though, nice to see though!

Is this by more than one author? I can't tell :(

It's all by mitosa aside from the picture of Gakupo and Gumi, and the one directly next to it. Those two are by guest artists.

It's software that allows you to compose music with a singing voice, and the characters you see are the mascot representations of the different voices you can use in the program. More details on the wikipedia page! :D