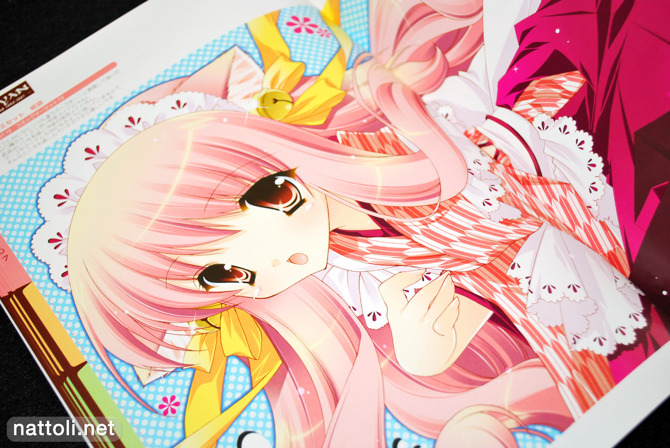 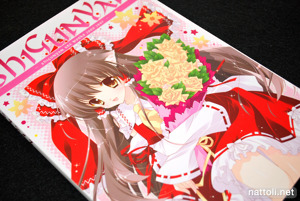 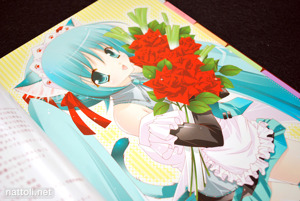 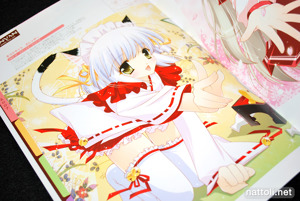 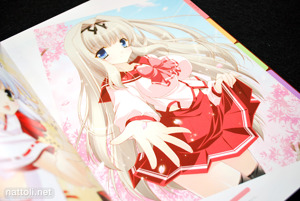 If you've seen Shigunyan's work in the past, most of it is quite adult. So it's pretty surprising that most of the art work in this collection manages to stay away from the ecchi side of things.

This doujinshi is more like an art book than a doujin, with a slip cover (including an under cover featuring photos of Shinguyan's cat) and longer length than a standard doujin. It's B5 size and 98 pages in length, which is as long as some commercial art books. The sections are ordered by year, with the newest art work in the front and the oldest in the back. 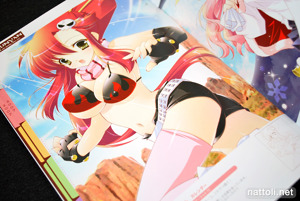 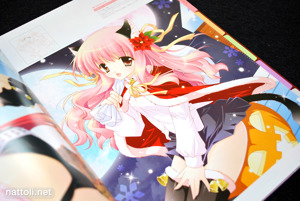 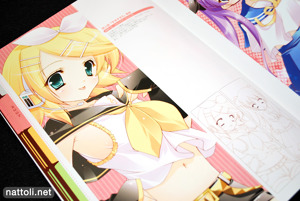 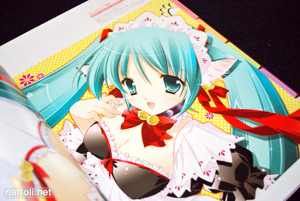 Pages 6 through 41 cover 2007, and probably show case some of the best art work in the book. Because a lot of these were doujinshi covers, they feature copyright characters like Louise from Zero no Tsukaima, Yoko from Tengen Toppa Gurren Lagann, To Heart and more. 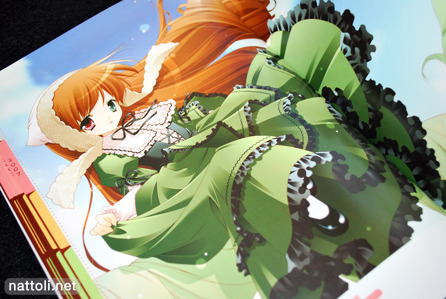 This Suiseiseki illustration is one of my favorites in the book, Shigunyan's art work really makes everyone look vividly colorful, adorable, and shiny ^^

The characters from Zero no Tsukaima are heavily featured, with plenty of Louise, and also some of Tabitha and Tifania. The girls from To Heart also show up quite a few times in the book. There's even one with Saber from Fate/Stay Night.

The original characters are also really well done, with a trend towards ruffled and lacy clothing, or traditional Japanese garments. There are more original arts in the section for 2006 which runs pages 42-63. A lot of these images are a bit ecchi too ^^;

But what there's even more of than anything else is Hermione Granger from Harry Potter. Yup, not something I see too often even with all the doujinshi art work collections I buy. I think I have another doujinshi somewhere with a fan art of Avril Lavigne ^^; And there's even more Hermione stuff than what I've pictured.

On another note, if you're not into girls with nekomimi or inumimi, you might want to avoid this book ^^; I think it's the signature style because nearly every character in the book has a set of fluffy little ears. Amazingly, they fit everyone from Hatsune Miku to Touhou's Reimu Hakurei.

Shigunyan Art Works ends with a series of Touhou images, mostly of Marisa Kirisame, looking nothing like she does in most pictures. Shiguyan makes lovely Touhou girls, but they really don't have that edge that they seem to in other art works. I guess it's good for people who want to see them in moe form! This doujinshi really does have something for everyone!

This guy draws the same eyes over and over! >_<

That's called artstyle, but sure, they all looks happy there ^^;. A little bit of variety would have been good. And I totally missed this doujin even though it's artbook sized orz.

And for the fan art of Avril Lavigne, isn't it a doujinshi of Hiro Suzuhira?

It's still around though, since I've bought it I've seen it on sale from time to time everywhere from Mandarake to Toranoana. And yeah, that's the one! It's a combo doujin with Heart Work and Joker Type called Various -Mix- :D

Are those tabs down the side? is it already pre organized for us?

They're not real tabs, they're printed on the pages, but yeah, they do organize each section, it's how you know what year you're in: just look at the tab on the side :D

Suiseiseki is pretty, the best illustration for me