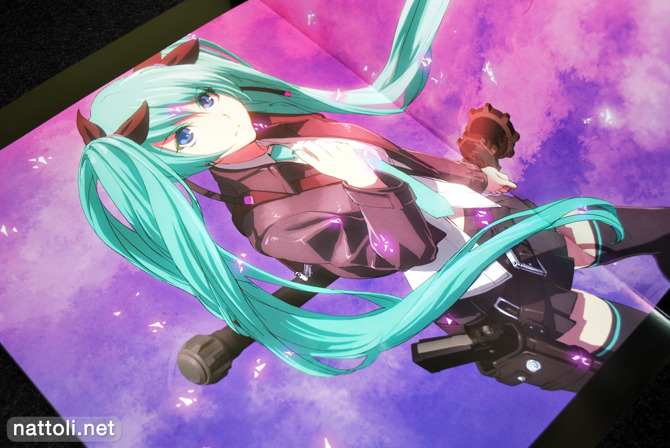 YahaKo's full color doujinshi RE:UNION released during the Vocaloid Master 9 (ボｰマス９), brings you Hatsune Miku and the other Vocaloids like you've never seen them before: as bad-ass gun-toting idols. With the success of Black Rock Shooter, it almost makes you wonder why so many artists try to keep the characters looking cute! 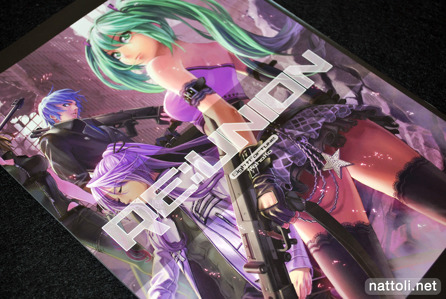 My whole reason for buying it was the cover art with Hatsune Miku looking back over her shoulder in a purple mini-skirt and fingerless gloves while holding a huge gun. It was just so out of the ordinary and well done that I wanted to see more. 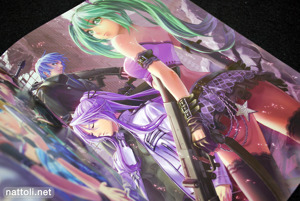 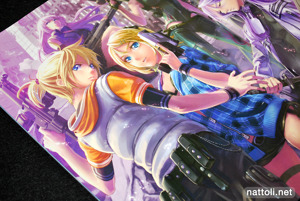 Luckily, that image wasn't just the cover, it's also included on the inside of this 24 page (covers included) A4 sized, staple-bound doujinshi. The complete version of the illustration includes all of the Vocaloids, expect for Megpoid Gumi. You can also see the illustration in full on the Eight Fortune (YahaKo's cirlce) website. 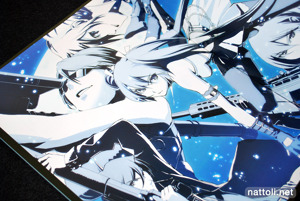 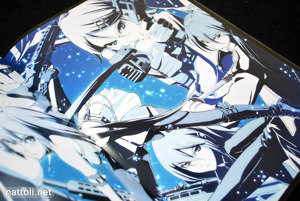 The second Vocaloid group illustration is done in a comic-style inking using entirely shades of blue. It's quite an stylized scene, and if you're not thinking Vocaloid, you might even miss that it's them and think it's some other, action packed anime ;D 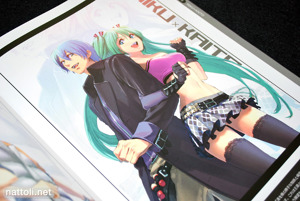 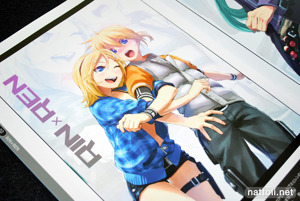 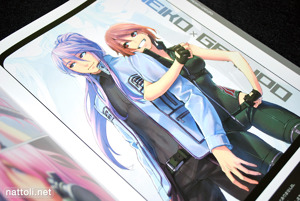 The next few pages are all "couples" pictures, pairing the Vocaloids off with each other. The casual clothing designs are awesome, and I really think they suit the characters. I like Meiko's costume even better than her original outfit. Kagamine Len and Rin are a couple, along with Miku and Kaito, as well as Meiko and Gakupo. Luka doesn't have a pairing, instead it just says "Luka x ...?" which is amusing because she's also holding a sniper rifle and aiming at Kaito and Miku. I wonder which one she wants out of the way... All the "couples" pictures have no backgrounds, but the art is so well done it doesn't even matter. 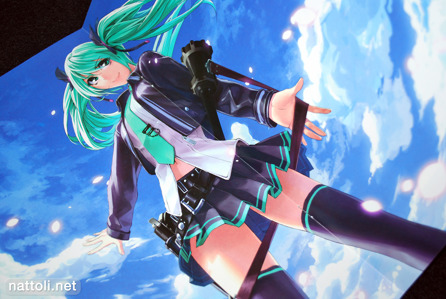 The opening image for this post along with the image above are both two page spreads in the book, and have a slightly different style than the rest, although they're both still by YahaKo. I like YahaKo's anime styled Hatsune Miku, still armed, dangerous and sexy. 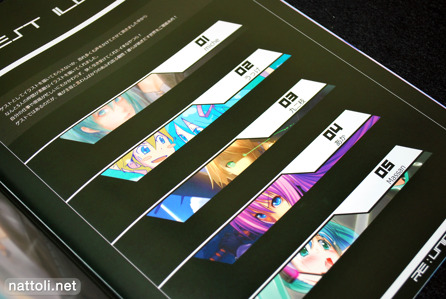 The next few illustrations are all done by guest artists. The book is pretty work safe for the most part, but one of the guest illustrations completely ignores that rating. 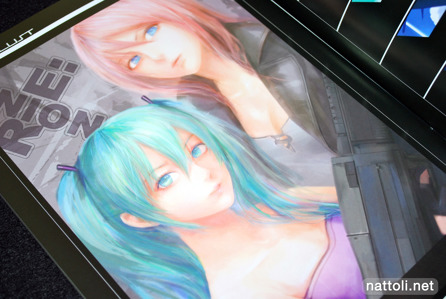 A lot of the times, the guest artists aren't that great, but the ones in RE:UNION are awesome. The first one is by Miche, an artist I haven't heard of, but I like the pseudo-realistic style of the faces. No website is listed, but the artist's Pixiv ID is 22442. 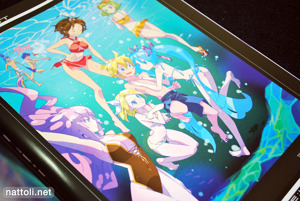 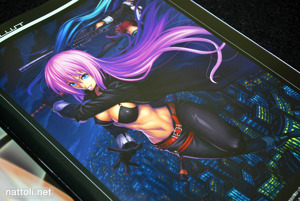 There's also one by Ukke (うっけ) from the circle Trip. I have a few doujins by this artist that I plan to review in the future. Ukke's style looks ready for animation. The other artist Aka (あか) with the circle a,a,a has an interesting style, I liked the backgrounds and bodies, but not the faces ^^; 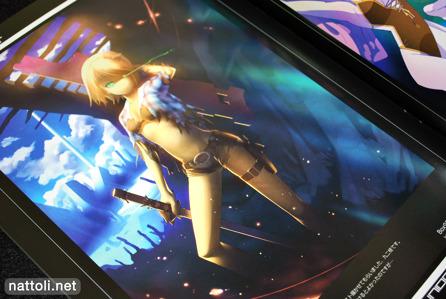 This one was my favorite guest artist illustration, an eerie almost Black Rock Shooter-esque version of Kagamine Rin. She's wearing the YahaKo designed costume, but looks like she's managed to tear it up ^^ The artist is Kunieda (九二枝) with the circle Box92. Lots of gorgeous art to check out on that site. 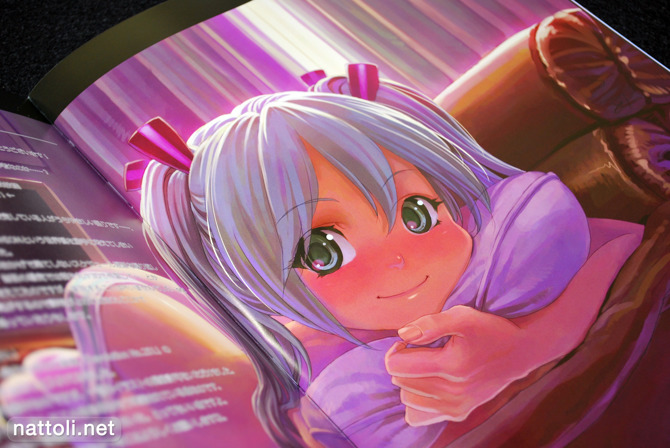 That illustration of Kagamine Rin as BRS is amazing. Very nice ^^b

This is a very beautiful looking book, thanks for helping me discover it!

I recall seeing that artwork on Pixiv quite some time ago. I'm not really interested in Vocaloids but that artwork still managed to draw my attention. Really neat style, lots of details and perfectly colored. I'm seriously tempted to get it.

It's just one spread image though, I photographed each page separately. I don't want to mislead you :3

Even though I'm tired of seeing Vocaloid picture, that last Miku is really cute ^^

Well, I see around 1500 pictures of Vocaloid each month on the image board I'm moderating ^^;;

Where can I get one?