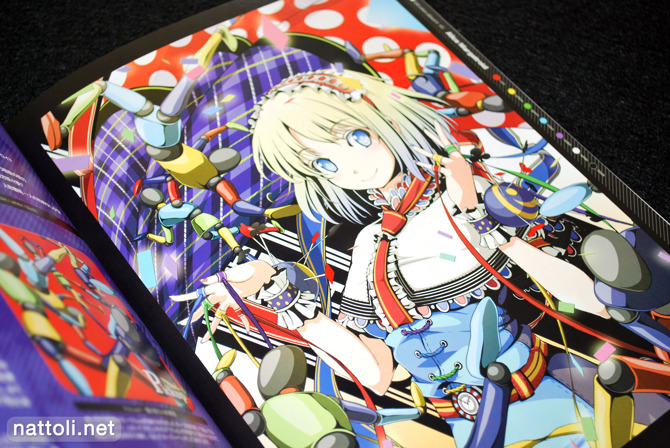 Akaringo's Touhou art work stands out even in a in a series as prolific as Touhou. The unique character styling and black shadows create designs somewhere between an anime and manga look. This doujinshi from AZ + PLAY titled 0 [LOVE] was released during Comiket 75, and is full color and all illustrations. 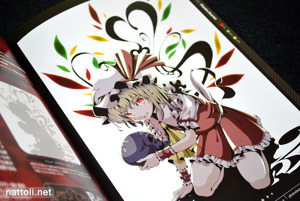 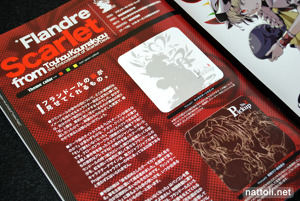 The book is divided into two chapters, the first containing elaborate illustrations of the characters. The illustrations in the front (and the cover) feature four of the Touhou characters styled according to color themes. The first featured is Scarlet Flandre holding a skull, and the color theme is red, green and yellow, which comes through in the overall look though other colors are used. The opening image with Alice Margatroid also appears on the cover. 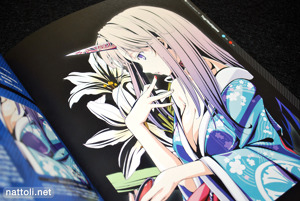 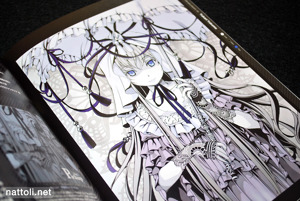 The other two opening illustrations are of Yugi Hoshiguma and Yukari Yakumo. The Yugi illustration has the color theme aqua and red, but unlike the other ones, it doesn't really stick to that theme. On the other hand, the Yukari illustration above right uses an amazingly narrow palette of white, black and blue and turns out beautifully.

The second chapter of this doujinshi focuses on character concept illustrations, which picture the characters individually. Aka Ringo made easy, but very effective zoom-layered backgrounds for the characters. Pictured above are Reimu Hakurei, Marisa Kirisame, and Sakuya Izayoi.

Is there a name for this kind of style, where the shadows are black instead of darker colors? It's something I expect to see more in comics and manga, so it reminds me of a colored-in comic. Aka Ringo also did the cover illustration for the Toranoana Touhou Collection that came out during Comiket 76 so the artist is getting around. 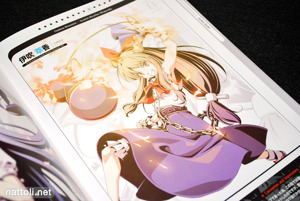 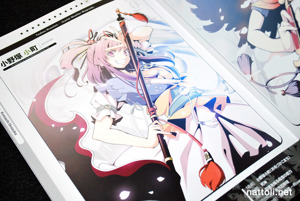 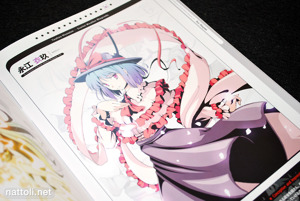 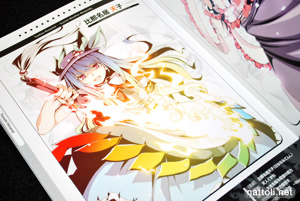 I was looking at the artist's newer works and it looks like he's (or she's) moving away from the style, as the most recent works look like a portrayal of the Touhou characters in the style of Sister Princess characters. Doesn't look like an improvement to me, but I'm biased. My favorite part of the illustrations above is the way that Aka Ringo does the glowing effect. All in all, there are 19 illustrations of Touhou girls over 30 pages (not including the covers). 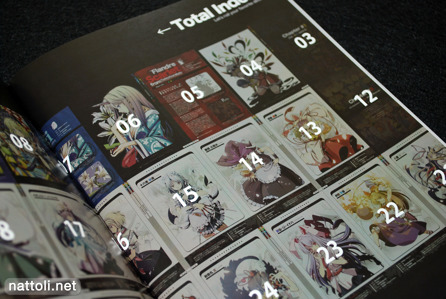 At this point, it's been about a year since I started collecting doujinshi. Except for maybe two or three, the majority are essentially mini-artbooks, since I'm not interested in the fan comic type stuff. As a result, I'm becoming a lot more selective about what I'm getting, which has been weighing on my mind with regards to Comiket 77. I don't get the the same kick from spending $30 on a 20-page doujinshi that I used to :P This also feels like the worst year for the yen to dollar exchange since I've started buying art books (oh wait, it really is). Anyone still have big plans for Comiket 77? :D

Second things I'm tired after Vocaloid is Touhou ^^; ( 900 images per month ). The use of the restricted palette gives a different feel which I like on the two opening illustration, contrary to the rest of the book. Would be good if the artist developed this style but if it's moving to Sister Princess; I must agree that it's not an improvement.

C77: First, I won't miss pre-order this time. I will check Toranoana and Melon Book a few days after the end, and I should continue different collection ( Colorful Pop, icon., QP:chick color) , get Tinkle's doujinshi if it's full color, and a bunch of other doujinshi from other artist. My currency is euro, but last years the exchange rate was better.

Lol, I feel your pain. There isn't a category I hate searching for dupes more than the Touhou category ~_~ But so many artists draw it, because it gets them more exposure and they sell more doujins. Then when they're Range Murata or Aoi Nishimata famous, they can just draw whatever they want.

Heh, sounds like a plan. I'm going to try to avoid buying from auctions as much as possible. I always get impatient and fearful things won't show up on Toranoana or Melonbooks and then just bid on it.

You're right about dollar price, it's getting really expensive to buy right now >_< Gotta cut back