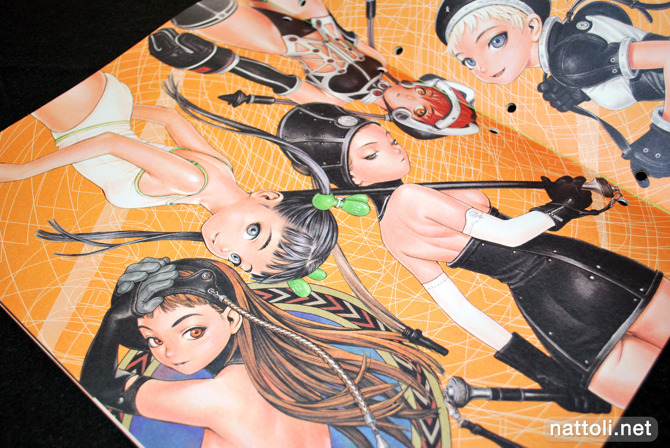 Seeing that new cover for the 絵師100人 100 Masters of Bishojo Painting has put me in a Range Murata mood, so I was looking through some of his older stuff that I own, which isn't much! Today I'm reviewing his 2006 Formcode post-view doujinshi titled Futurecode. 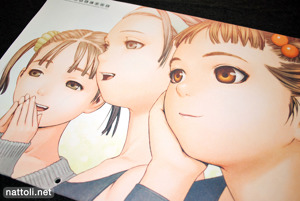 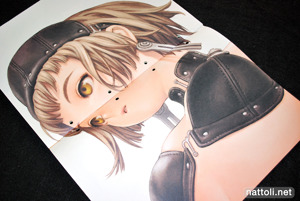 Futurecode is designed to fit neatly inside the binder format of the Formcode art book, which is the reason for the 4-hole punch through the staple-bound book. I didn't know that when I first got it, so it looked pretty bad without knowing ^^; It also kind of ruins some of the pictures, but it's only meant as a complement to the actual art book. 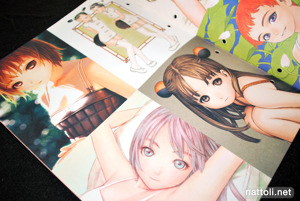 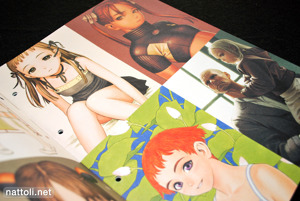 As Futurecode is expected to fit in with the Formcode binder and style, it's also a huge B4 size format (larger than a regular sheet of paper). It's a size I seldom encounter with art books, but I still have a shelf for these odd-sized editions. Range Murata puts a lot of thought into the industrial design of his art books, resulting in gorgeous to look at, but also really expensive books. 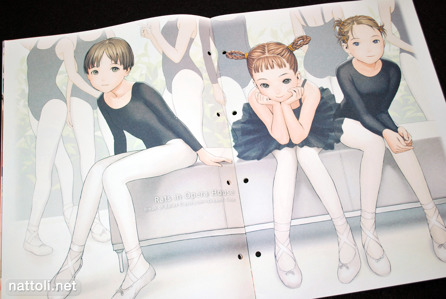 The art works in this 24-page companion doujinshi aren't new for the most part, though I haven't seen the ballerina girls illustrations---that appear on the front cover, the middle, and the back cover---anywhere else before this. I think later on they were in a volume of Robot, but I'm not sure those were happening at the same time...

Futurecode gives an overview of the whole Formcode book as well, providing design notes from Range Murata about how he wanted the pages organized, images offset with borders, picture sizes and the type of paper for each. Futurecode is printed on a uniform, textured paper, but Formcode uses a lot of different types.

Many of the illustrations from Formcode also appear in smaller sizes through out this doujinshi. Most of them, but not all. The other illustrations are from re: Futurhythum and futurhythum. One of my favorite things about Range Murata's style is that the core design of the characters is essentially the same, but the coloring has evolved so much in recent years that his girls take on a whole new look. 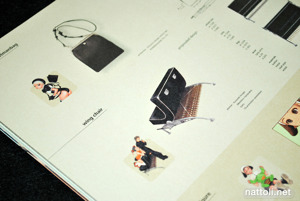 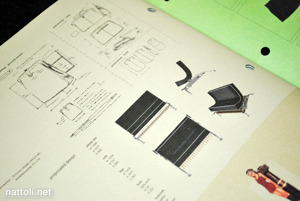 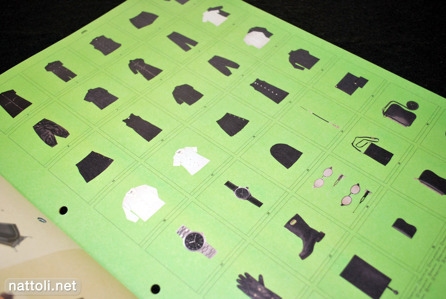 Also included in this doujinshi, and many of his others, are the real-life incarnations of his illustrations. Not only does he have a wearable clothing line in the styles that his illustrations wear, but the chairs, sofas, and handbags have been produced for exhibits as well as orders. 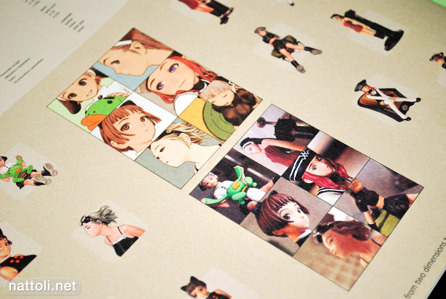 Yet another way his illustrations come to life is through figures. Above, you can see the original illustration, and then the figure version.

I ended up getting this doujinshi for free, in a very random way. I was at an Otakon convention, and I bought a load of art books from a booth and the lady just handed this to me, saying it was a freebie and that "no one wants it anyway." Awesome. I'll bet it had something to do with the holes. 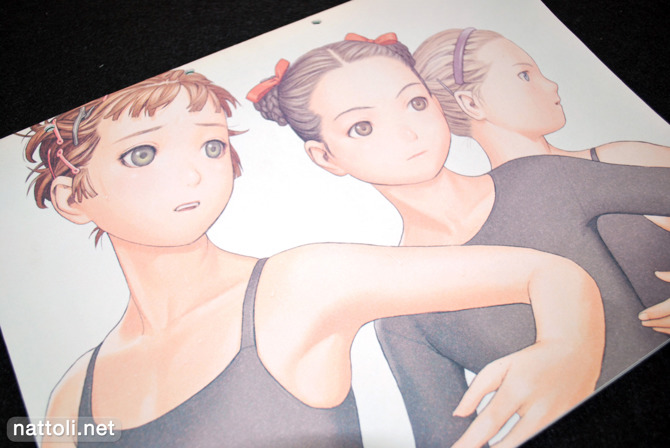 Surprisingly, there's a little bit of English in the doujinshi, in the "discography" section, which goes over his other publications. The closing sell line for Formcode is "You can see [Mr. Murata's] power of expression in both two and three dimensions." Sounds appealing, doesn't it?

Surprises me that no one wanted it, then again, back then RM wasn't as well known as he is now. To those who were massive fans at the time, getting our dirty mitts on it was a must!

Wow seriously, I got into anime too late then, when Last Exile was popular and RM was all the rage <3

Hahaha love those pages with clothing boxes, that is so freaking cute! He just goes into a level of detail that others can't be bothered to do.

Range Murata draws like no other artist out there, so hot <3 I love you Range!

I've got this, it rocks, very pleased with it.