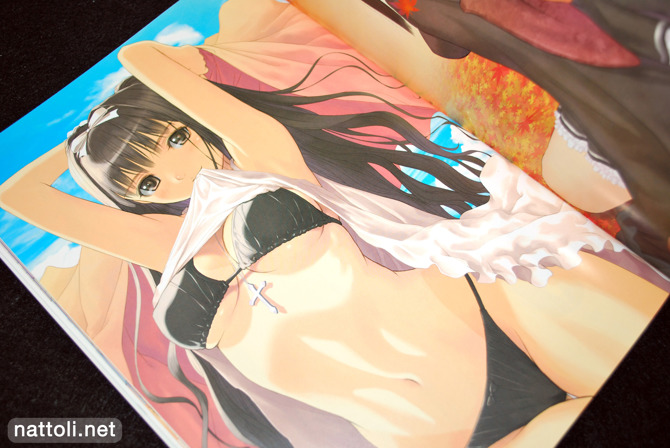 When I heard Tony Taka would be coming out with a new full color doujinshi, titled COLLECT1 T2 Art Works during Comiket 76, it became the top of my 'to get' list. I'd wanted to buy his previous GRAPH I through GRAPH IV color collections but due to their age and rarity, they usually went for anywhere from ￥6000 to ￥8000 for 30 to 36 pages of art work. I know it's quality rather than quantity that should count, but with COLLECT1, I'd like to believe I was able to get both.

Like with any Tony Taka art collection, there's nudity and more in some of the images. COLLECT1 is a surprising 68 pages (not including covers and blank pages) of illustrations, that nearly all receive a full page. In fact, the only ones that share pages are the dakimakura illustrations, where the front and back are included on the same page. Fans will be pleased to know that those very risqué (and very expensive) Tony Taka dakimakuras that have been selling at the past few Comikets are included in this illustration book.

The cover was drawn new for Comiket 76 and so was the illustration of Asuka in the test version of the plugsuit. But most of the other illustrations have appeared elsewhere from some of the GRAPH doujinshi to E☆2 (Etsu) magazines and volumes of Girls Girls Girls! It's something I've come to expect from the bigger name artists like Ugetsu Hakua, Range Murata, and CARNELIAN. They often re-sell their same art work in a different package. In this case, I really didn't mind because I didn't have any of the previous works ^^; But be warned, if you have his other works, there will be overlap! 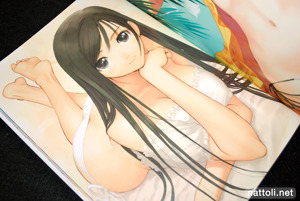 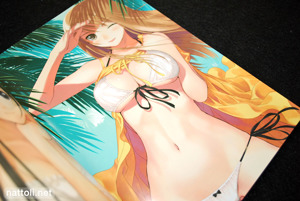 When Tony Taka's COLLECT1 was first made available on online websites after the Comiket, it retailed for ￥1260. In fact, you can still buy it at that price on Toranoana because they still have it in stock. Or you can try your luck on Yahoo! Japan, but for the most part it's being sold for more than the retail price.

This doujinshi, like most, is B5 in size so that's smaller than the average art book. On the bright side, the art work is really printed to fill the page. It's also the same size as the other GRAPH series, so it might get a bit repetitive you've managed to collect them all ;D

The distribution of SFW images to NSFW ones is pretty much an even half-and-half in the book. It was something I considered when getting it, because honestly I think sexy should leave a little bit to the imagination :P Tony's COLLECT1 also includes a large assortment of his fan art from series like Zegapain, Hayate the Combat Butler, Neon Genesis Evangelion, Spice and Wolf, CLANNAD, Zoids, Gundam SEED Destiny, Bamboo Blade, and maybe more that I just don't recognize ^^; 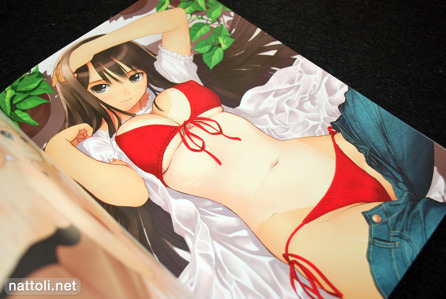 The illustration above shows up again on Tony Taka's newest publication as the cover of the T2 Art Gallery book, from the exhibit of the same title that was showing at Toranoana. It's a huge B4 size book, about 66 pages and hardcover that includes all the illustrations that were shown in the exhibit. 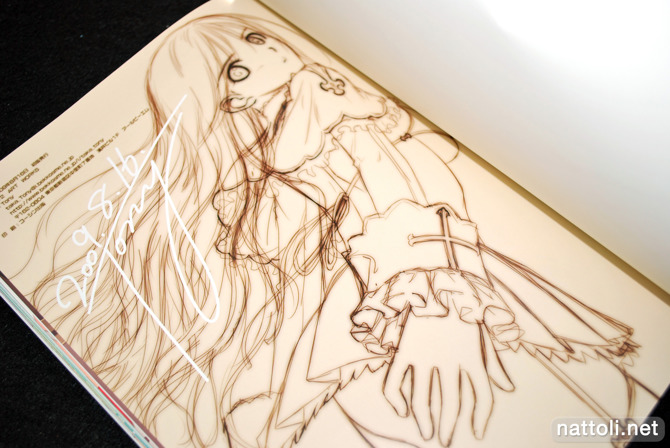 If you're just getting into Tony Taka's art work, COLLECT1 is a great place to start, as it's the most affordable of his collections out there, with the most color illustrations. So grab it while you still can!

Wow wow wow, that looks great cover to cover o_o. Thanks for showing it!

Argh, B4? I can't fit that on a shelf! How inconsiderate of him! Just kidding of course!

You could always lay it down flat! I have brilliant ideas like that!

Heh he sure enjoys his art style, very samey. But he does samey so well! I hope the perfect TT artbook will come one of these days, just the right price to tempt me with free shipping XD

Dang, I missed that Gallery book. Does that mean you have one! Time to get ripped off on Yahoo Japan!

Yeah, I have it. Should be reviewing it soon, waiting for the bitter taste of being price gouged to go away :D

This is a nice artwork, scans are already on moe imouto.

the processor is a noob