Tsubasa Illustrations 2 is available on Amazon 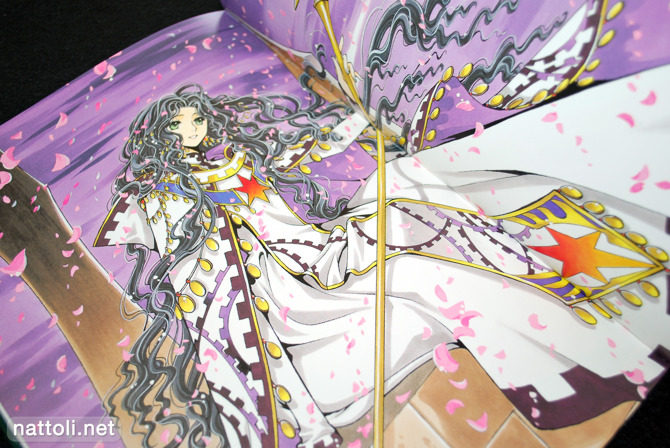 I doubt at this point there's any fan left out there who's unaware of the release of the art book Tsubasa ALBuM De REProDUCTioNS 2. The second art book for the Tsubasa Resevoir Chronicles series was released November 14th and retails for ￥1890. With the series having finished this past October, this will likely be the last installment. It's always sad when long running manga end, but at the same time, I'm excited to see what CLAMP will do next ^^ 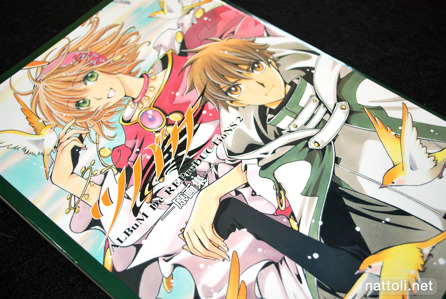 The new art work for the book consisted of the illustrations for the front and back cover, along with one illustration in the inside that had only previously been published in black and white in Weekly Shounen Magazine (週刊少年マガジン).

The first Tsubasa ALBuM De REProDUCTioNS as of December 9th, was re-published in the U.S. so you can actually buy it on Amazon for $13.59. I'm always amazed at how low the prices can go for the art books here, it's as if no one buys them >_<

While the first art book collected all the art and deluxe covers from the first 14 volumes, with art from the calendars, and goods, Tsubasa ALBuM De REProDUCTioNS 2 does the same except with the later volumes of the series up to volume 28, and last calendar.

Though you'll have seen the majority of the illustrations before in one way or another, their previous incarnations were lower quality prints, like those from magazines, or covered in text in the manga volumes. With the detail that goes into so much of CLAMP's art work, I'm sure they'd want to be able to show it in full and uncluttered. 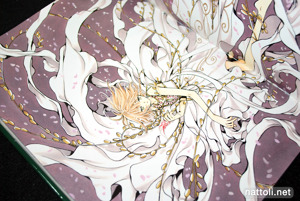 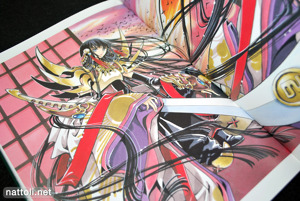 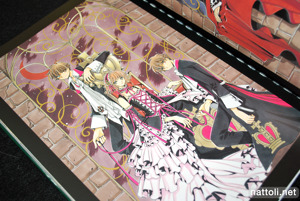 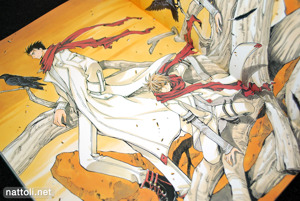 The book is also very heavy for its size--A4 and 111 pages--because of the high quality and quite thick paper used for the pages. There isn't a lot more to say for this book, because the people who would buy it know they content because they've probably been following the series ^^;

Even with the size and quality of Tsubasa ALBuM De REProDUCTioNS 2, the price still manages to stay low. And considering the popularity of Tsubasa Resevoir Chronicles I wouldn't be surprised if this one also gets published in the U.S. at a later date.

Generic CLAMP at it's finest! I'm so numb to their artwork now. I don't think I could ever buy another one of their art books. It's starting to feel a little dated to me (their style). I dunno, maybe it's just me!

Aw cmon now! CLAMP are one of the better groups out there surely! <3

Thank you! Great review as usual!

thanks for the heads up on the first version, at that price i might check it out

A very nice website for art books that you made! Thanks!

I notice that most of clamp art books are published in America. I think once the American companies publish it, both the Japanese and American art book's prices are lowered.

Yeah, it is true that American art books sell for way less and it as if no one buys it. So buying it at a high price isn't worth it. Neither is the Japanese edition of it.

Sometimes, but it was a 2 year delay between the Japanese release of the first art book and the U.S. release. Not something I could wait for, even if I knew for certain two years ago it would have been coming out ~_~

This one is on my buying list since it was anounced. Just sad that, like in the first one, there are so many page spreads >.< they always ruin pictures for my taste..everything vanishing into the binding. Couldn´t they give the book a larger format and print these spreads on only one page, like it was done with Tony´s Artworks? Despite of that a great Artbook^^

I have always wondered why more books aren't printed that way, with wide images just sideways on the A4 or larger pages. It's always way better than the binding seam in the middle :|

Maybe there's a practical reason? Or a cynical one, like increasing the page count XD

CLAMP to me never get old. The fact is that Mokona try to innovate her style and there is also Nekoi drawing, so that there is some variety. This remind me that my Tsubasa Chronicle artbook is a Chinese bootleg >.<

Thanks! That's a very usefull review for me. Have been uncertain about buying this artbook, but now I'm sure I need it.

I bought 2 copies of this one like with the first volume :3 Just in case I want to unbind it to scan... They've been collecting dust by my computer though >_<