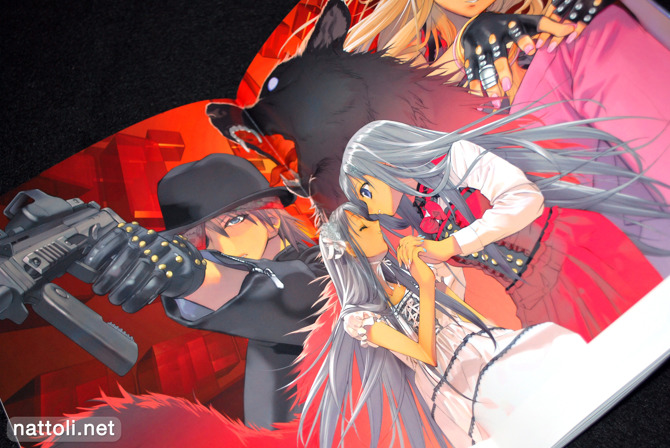 Naoto Tenhiro is undoubtedly best known for his Sister Princess character designs and illustrations, so his style is very recognizable. When I spotted the Yoru ha Koneko de Isogashi (夜は子猫で忙しい) Illustrations as a Comiket 76 release, I didn't hesitate to get it because it was full color, and I'd already seem many of the illustrations in the visual drama that ran in Animage Magazine from 2005 to 2006. And as we all know, it's good to know what you're getting before you buy it!

As it was a visual drama, the illustrations were always plastered in text in the Animage Magazine. That's not the case at all for this doujin, the story isn't included, but the art is presented clean and clear, printed full page or in a spread form. 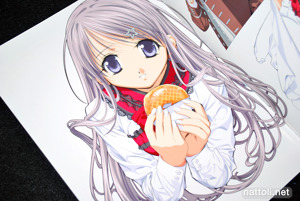 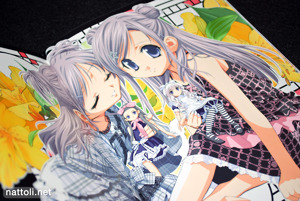 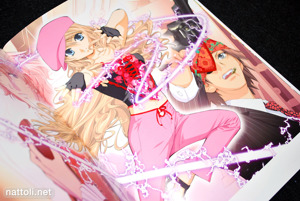 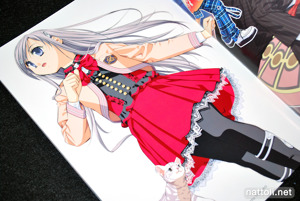 Yoru ha Koneko de Isogashi Illustrations is B5 in size and a total of 36 pages, not including the covers. Oftentimes, when you see the page count for a doujinshi on a Japanese website, it includes the covers in the count, so sometimes it's a safe thing to subtract 4 from that total to temper your expectations. Too bad it's not consistently counted everywhere. In the case of this doujinshi, Naoto Tenhiro counts the covers as pages too, as the first numbered page is labeled "4" though it would be "2" if the covers weren't being counted.

Sometimes having a signature style isn't such a good thing; the leading girl in this drama looks almost identical to Naoto Tenhiro's rendition of Aria from Sister Princess. His style hasn't changed much over the years, but then again, it's what made him famous. Are there artists whose style you find too repetitive?

CIELO---Naoto Tenhiro's circle name---doesn't often put out color releases so I definitely felt it was a good purchase at the time. Even if the art work isn't new, it's the first time it has been presented altogether in a convenient book. 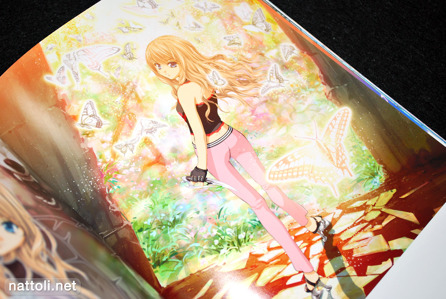 He has nice artwork, too bad it's not really from anything yet. Maybe he will get used more soon?

Ha, if I am not wrong, he also did illustration for Princess Maker 4!

Where did you get that info?

It's mentioned on Naoto Tenhiro's wikipedia page. But maybe nitro knows a place that has info in English? :3

Nat, Merry Christmas to you and your family!

Merry Christmas to you and yours too!