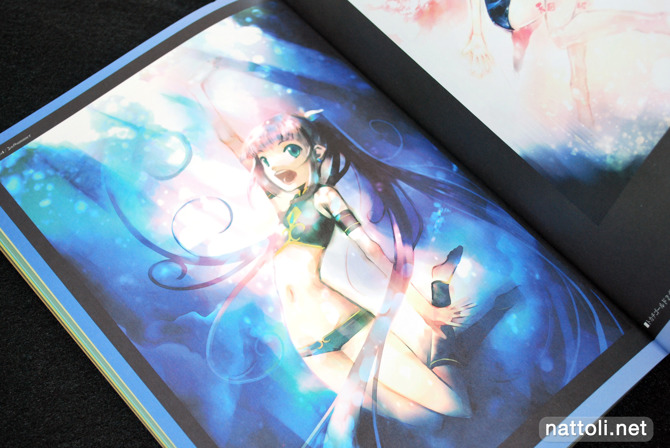 KEI, probably most known for his character design of Hatsune Miku, quite regularly puts out a full-color collection called 画 (Ga) at Comiket events. But with the Summer 2009 Comiket, he started to release a smaller collection of monochrome ink illustrations titled 画 Mini Vol. 01, and it looks like it will be a continuing series as one was released with the Comiket 77 edition of 画 (Ga) Vol. 05.

But this review is for 画 (Ga) Vol. 04. Oh, and 画 just translates into paintings, but for the sake of context, illustrations is the better word. But because KEI actually romanizes it into Ga on his covers, I'm using that. The 画 Mini Vol. 01 is tiny, and 8 pages. That number includes the covers because technically, there aren't covers. It's basically and un-stapled booklet. 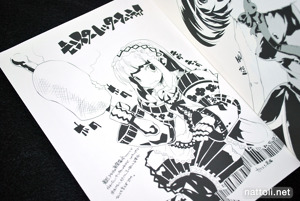 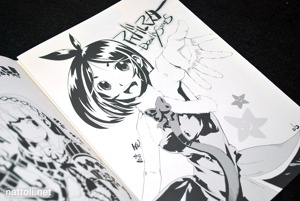 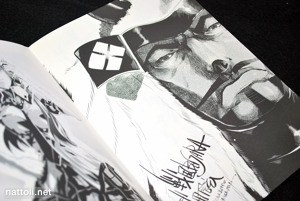 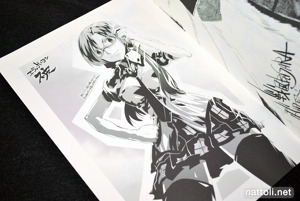 The inside illustrations are all monochrome and done in a comic style with bold shadows and half-tone shading. A lot of it is fan art as well, including illustrations from Evangelion, Basara, and Idolmaster.

画 (Ga) Vol. 04 is fully in color, B5 sized and 28 pages when counting the covers. The printed page count also includes the covers, though the only illustration printed on them is on the front cover. This volume starts out with three illustrations from Basara, in a very abstract, sketchy style. There are some original illustrations in the book, but I would say the majority are fan arts. 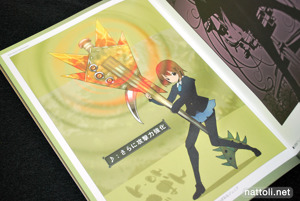 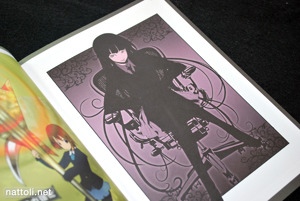 Here's a really cute version of Yui from K-ON! with a battle gutiar, and the lead girl from the 4-koma manga Houkago Play (放課後プレイ). It's a short series, but it has inspired a lot of fan art. 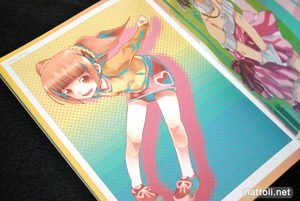 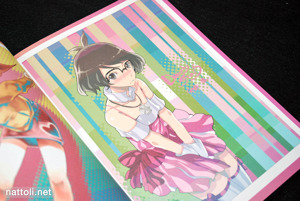 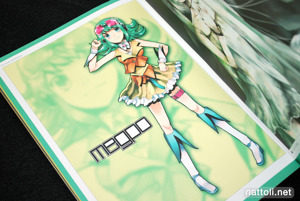 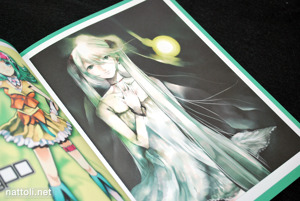 There are a couple Idolmaster illustrations as well, and the illustration at the opening of this post is Urin from the recent Umi Monogatari. And what volume of 画 (Ga) is complete without a couple of Vocaloid illustrations? Above left is Megpoid, and right is and girl who looks very much like Hatsune Miku, but isn't labeled as such.

More fan arts above, with KEI's rendition of Asuka Langley, and a throw back to earlier volumes with Touhou and a new illustration of Suiseiseki from Rozen Maiden.

Since KEI started his 画 (Ga) series in 2006, these have been a pretty safe bet for a quality, colorful collection of art works and 画 (Ga) Vol. 04 continues the trend. Luckily, since KEI enjoys a measure of popularity, his works are easier to obtain, and through some browsing on sites like Toranoana and Mandarake, you'll be sure to find what you're looking for.

Too much black and white for my liking, I don't wanna pay money to see that stuff x_x

In that case, just get 画 Vol. 04. As mentioned in the review, the monochrome stuff is just in the bonus booklet. Full colour in the main thing, and looks fantastic.

BTW, nat: I got a bit confused around the fourth paragraph as it referred to Vol. 05, but I worked it you meant Vol. 04, so all's good.

I always like KEI's non-copyright works better than the copyrighted ones.

Two S's repel after all :D