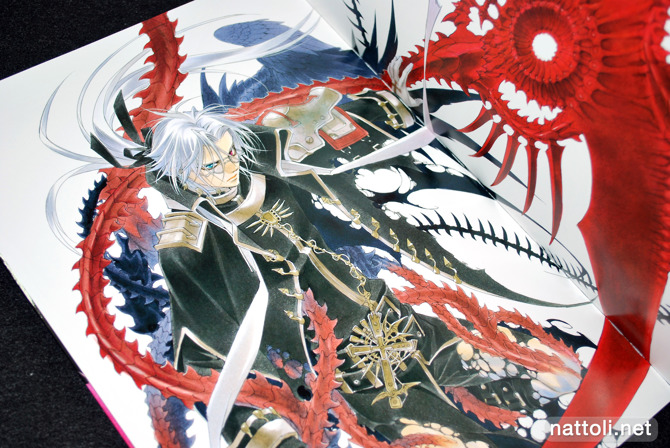 When one thinks Trinity Blood, no doubt the first artist that comes to mind is Thores Shibamoto. But Kiyo Kyujyo's work might be even more familiar, considering it graces the covers and insides of every volume of the Trinity Blood manga, which has also been published in English.

Kiyo Kyujyo Illustrations Trinity Blood ~Rubor~ is 104 pages long, and A4 sized. It's soft-cover, with a red-metallic title strip on the front cover. There's also an extra long fold-out poster in the front, featuring Abel Nightroad. It's also well attached, so it's not the kind you can remove from the book to display without damaging the art book. Would anyone do that anyway? XD

I had long admired the cover art from the manga series, and I quite prefer Kiyo Kyujyo's take on the characters, as the girls look much more feminine than in Thores's works without straying too far from the original designs. The art work is also beautifully detailed with plenty of hair fluttering in the wind and intricate decorations on clothing. Additionally, Kiyo Kyujyo incorporates stained-glass style backgrounds with all of the cover arts. 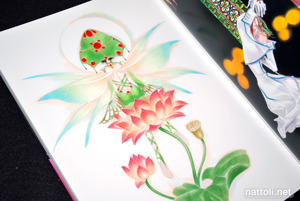 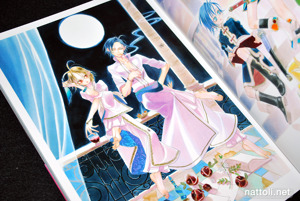 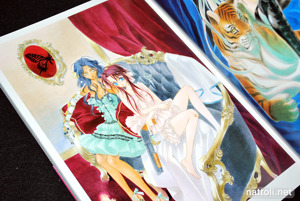 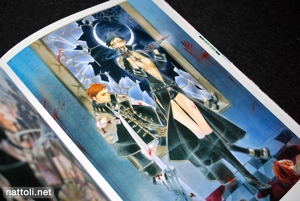 I wasn't that familiar with a lot of the art work outside of the book covers---they just don't show up in the magazines I buy ^^ So much of the art work would be new to most people, unless they subscribe to the Monthly Asuka magazine.

There's also an interesting selection of character portraits with an animal. The style is really similar to tarot cards, and there are 12 in total, though some share a page.

From years of buying both magazines and art books, I really do end up having the same illustrations in several places. But I don't really buy manga magazines at all, so most of the content in these kinds of art books are new to me. It kind of makes me want to give up buying magazines altogether, but then there are always the shows that never make it to art books, so the art work just gets lost in the archives never to be seen again. 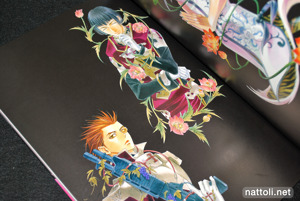 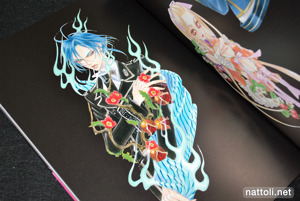 The side cover illustrations from the manga are also included from all 12 volumes. The printing is really high quality, and it shows especially on the pages with black backgrounds. The illustrations almost look like they're stickers with the complete lack of visible printing dots and no color noise.

For a retail price of ￥2100, Kiyo Kyujyo Illustrations Trinity Blood ~Rubor~ is very well priced for the quality and collection. Especially considering it does manage to be a full color manga art collection, which really doesn't happen as often as it should ^^

Wow! I've always been struck by the Trinity Blood art, mostly due to the insane amount of detail, but never actually got round to buying anything with it. Of course, this wasn't helped by the fact that the THORES book was like some kind of deluxe edition. However, while this Kiyo Kyujyo artbook seems much more affordable, I'm not sure I am a fan of the style.

Yeah I partly agree too. I like the colors and composition but I'm not too big a fan of the drawing style.

I still mean to get Thores' Fabrica Theologiae someday. Can only buy used, battered and bruised ones at the moment.

Nice price, great find, thanks for the review!

that art was and is so amazing that i had to go and buy a hard copy! ITS SO AMAZING! The amount of detail in each illustration is just astounding! Super talented!

hoho really great =DD though i've always thought some of the cover inlustrations were the character representing saint figures, Esther for instance is like that popular figure of Mary stepping on the snake ._.

do you have scans of these illustrations?