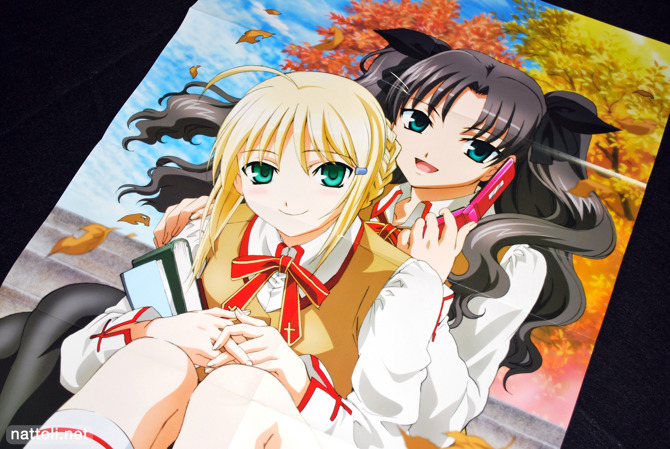 The upcoming Fate/Stay Night Unlimited Blade Works film was big news in this Megami issue. Saber and Rin stole the cover, the B2 poster (well, they shared that with Nanoha) and had a feature spread to get us excited for the movie.

Type-Moon overall is doing pretty well this issue, with the book-in-book issue featuring Kara no Kyoukai and another poster dedicated to CANAAN. 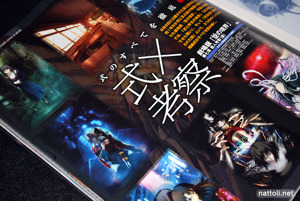 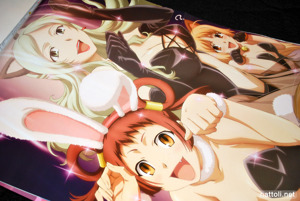 The line-up for the posters is also pretty good this month, with my personal favorite being the Sea Story one. But there's plenty from K-ON, Sora no Manimani, Saki, Princess Lover, Kanamemo, Spice and Wolf (Horo yay!), Queen's Blade and lots more. And those are just the posters at the front ;3

In the magazine proper it's all articles (with the main images being screen shots) but they cover Saki, Spice and Wolf S2, Hayate no Gotoku!!, Princess Lover, Haruhi, Sea Story, Bakemonogatari, and CANAAN. Lots of screen shots of Senjougahara in her underwear from that first episode. There's also the usual blurbs on upcoming shows. But the new Mahoromatic special, Seikirei ~Pure Engagement~ WORKING!!, and Baka to Test caught my interest. The upcoming Cencoroll movie also got a nod (in the black and white pages ;P).

The 95th Girl's Avenue artist is Honjou Raita, no doubt best known for his character designs from Valkyria Chronicles. His GA poster is really unique, and not nearly as moe as the posters usually are. The girls are wearing Atmospheric Diving Suits, and have a look I'd expect to see from Redjuice's artwork. 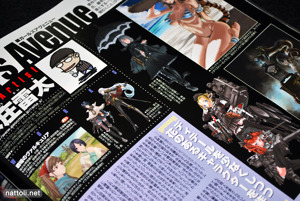 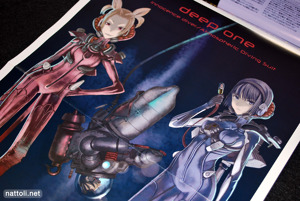 You can still get this issue off of Amazon Japan, or check out other retailers to see who has it in stock!