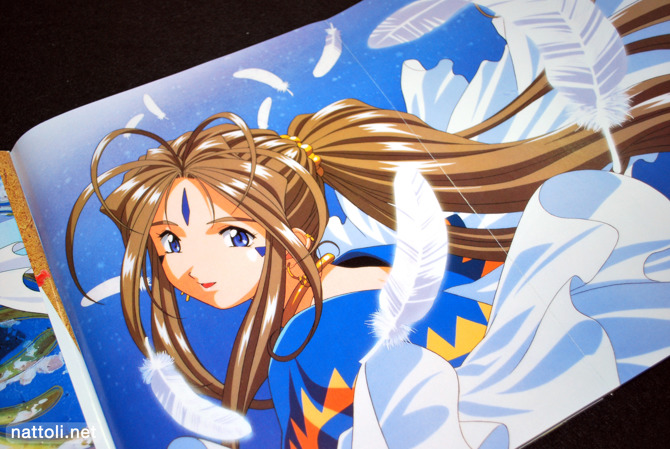 In April 2000, the fourth issue of Megami Magazine came out. I think it was at about this point that Megami became a better magazine---mostly because it finally had a ton of posters per issue. It was still ironing out a few quirks though; it still contained multiple extra long posters (three and four panel ones) as well as some series repetition (4 posters from Ah! My Goddess).

In the posters above, the two Pia Carrot 2DX ones are three panels along with the To Heart and You're Under Arrest ones. I always felt the extra long posters look a little awkward, but there are times when it works. Just wait till you see the centerfold ;P 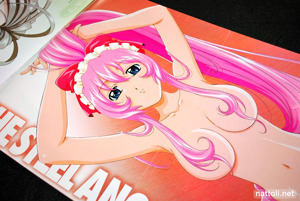 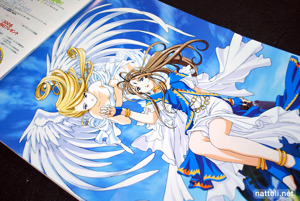 The rest in the front are from Love Hina, Steel Angel Kurumi, Gaogaigar Final, Mamotte Shugogetten and Ah! My Goddess. This is where we end up with four posters featuring Belldandy. I have no problem with the show, but four posters of anything is excessive, I prefer having variety. How about you? Would you rather have more pictures from the shows you liked, or a nice variety of other series?

At this point, Megami Magazine still featured spread articles that often used pictures different than the ones on the posters. They cut back on this in later issues though, and re-used the images from the posters in the articles. 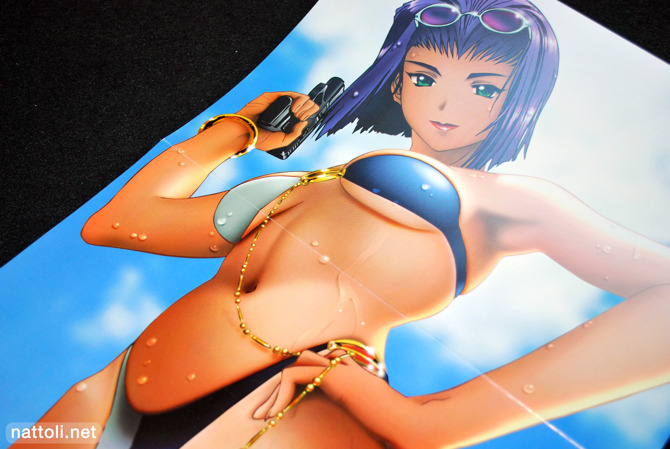 Other posters from the middle of the magazine include Di Gi Charat, Excel Saga, Infinite Ryvius and First Kiss Stories. They really could have done a much better job on that Infinite Ryvius poster...

I never really followed the computer games and dating sims, so I'm pretty clueless about this section ^^;

This issue ends with a "Last Page Angel" of Terai Yuki, a sim idol that was popular in the early 2000's. The insert poster this issue is of Ruri Hoshino from Nadesico and is double-sided. The poster is also a lot larger than B2 size, being approximately 8 times the size of the magazine ~_~

Wow... Nadesico was 10 years ago now, doesn't that make you feel old?