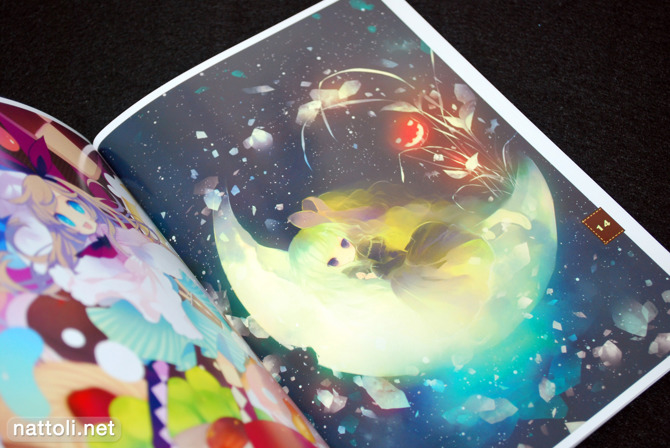 Putidevil's very petite Comiket 77 release is a full color illustration collection of the artist's signature softly colored, wide-eyed girls. Putidevil, probably best known from her art work on Pixiv has been appearing with increasing frequency in printed publications like Headphone Girls and 100 Masters of Bishojo Painting.

P's Colors is smaller than the average doujinshi, being only A5 in size and 20 pages, including the covers. Even still, it feels like a pretty solid release, especially when compared to the artist's Pixiv account and website, neither of which have a huge amount of illustrations. The art works are all finished pieces as well, which doesn't always happen with doujinshi releases. 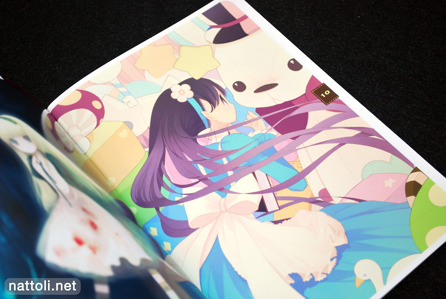 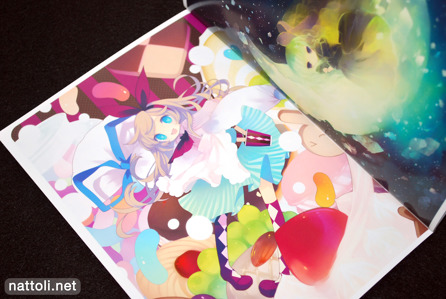 Putidevil's art work really lends itself to a fantasy look, with all the glowing effects and lolita-esque dresses. These two illustrations in particular have that Alice in Wonderland feel to them, with surreal settings and giant-sized items. The second illustration above appeared in the October 2009 issue of Kikan S, which showcases a variety of artists quarterly. 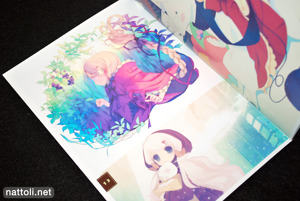 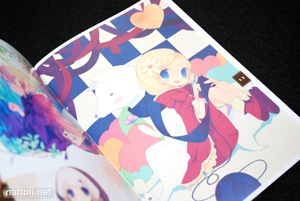 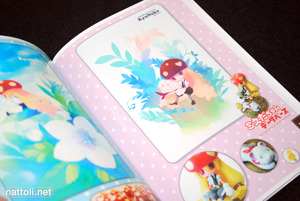 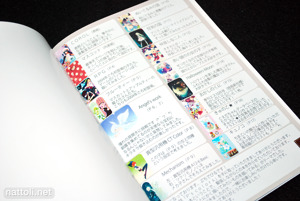 Most of the illustrations are full page, which is good considering the book is already small enough. The last page is an index, which includes Putidevil's comments on her illustrations along with publication information when available. There are also pictures of a mascot character called Kyunoko, who has not only been made into a figure, but chocolates as well. 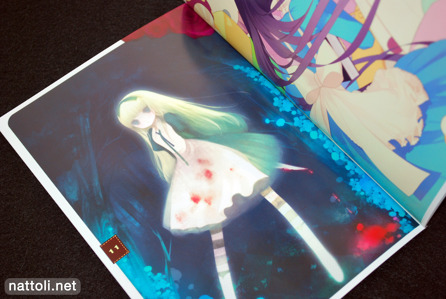 It's cute, and if you bought it through Toranoana, it was cheap too. But now it only seems to be available through auctions sites, so you may have to do a little hunting to acquire it.

Wow awesome style, a little too high cost for me though (per page value)

Kinda sad that it's not really easily available

An origial style ! Thank a lot for the sharing ^^