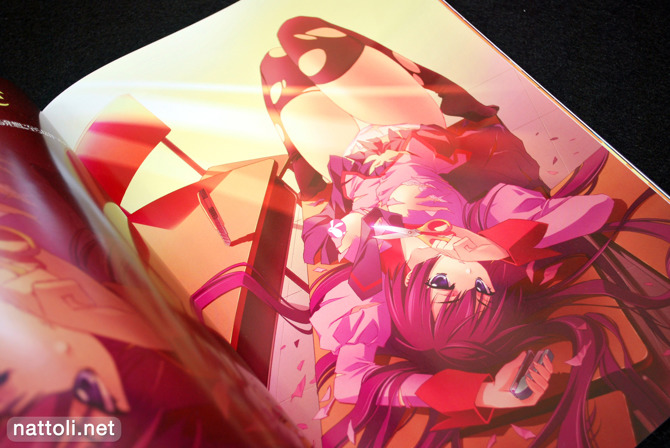 Carnelian's newest release Benigyokuzui Vol. 25 is decidedly fan art centric, featuring her versions of popular characters such as Ranka Lee and Sheryl Nome from Macross Frontier along side Bayonetta and many more. And unlike many of Carnelian's previous Benigyokuzui volumes, it's A4 in size and printed on glossy pages instead of the usual textured pages.

Carnelian's Bayonetta fan art appears a couple of times in this 26-page collection. The cover art is re-printed on the inside without text, but there is also another illustration of Bayonetta in a more "dominating" pose in one of the two page layouts. 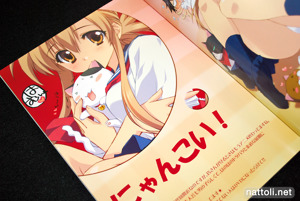 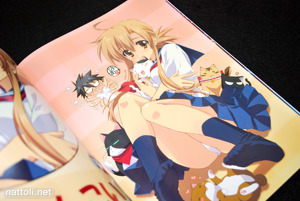 More from Nyan Koi! This doujinshi has an illustration on every other page type of layout. On one page you'll see the full illustration, and on the page directly next to it, you'll see the same illustration either cropped or zoomed in with Carnelian's artist commentary over it. I'm not a fan of it, but I'm definitely getting used to seeing it in her releases.

Even with my whining, I was still happy to see so many new illustrations for this book. More Sheryl and Ranka and others from the recent seasons like Hitagi Senjougahara from Bakemonogatari, but also Yomi from Azumanga Daioh! I take it that's because of the belated box set released last year, but it's still nice to see. 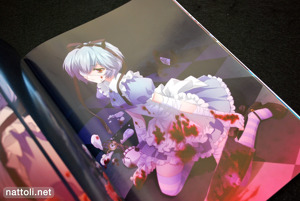 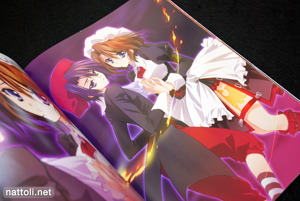 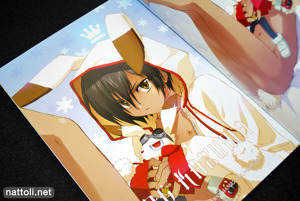 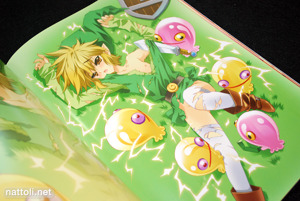 One of my favorites above, Rei Ayanami with the Alice in Wonderland style. Carnelian also included an illustration of Link from Legend of Zelda looking weirdly ravished, an effeminate illustration of Kazuma Ikezawa from the movie Summer Wars, and a very adult illustration of Naoto Shirogane from Persona 4 that made this doujin R18. The Link and Kazuma illustrations quickly remind me why I don't like Carnelian's male illustrations---they're just too feminine. 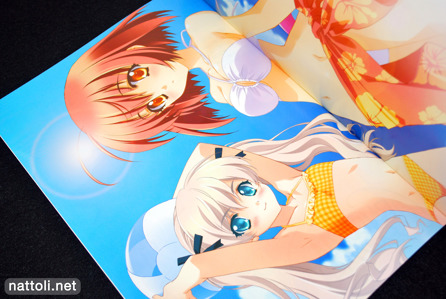 Benigyokuzui Vol. 25 ends with an illustration from Testament Sphere, and the credits page with a sketchy Para-sol art work. In total there are really only 14 illustrations on these 26 pages, so if you're the kind of person who measures pictures per dollar, this one isn't for you. Like with most Carnelian doujinshi, it was released at Comiket 77, but not resold in the in the shops afterward, so you have to hunt it down on either Yahoo Japan Auctions or maybe get lucky with Mandarake.

I don't think he could put more of my favorite girls in one book even if he tried!

Ouch on the price

Seriously tempted to get this one, thanks!

While I got the Carnelian set, this doujinshi wasn't included. People was fighting too much over it. So I picked without it for a decent price, with a thin B&W doujinshi, bag, and my favorite, the cool calendar snowball.

That sounds like a completely different set, not at all what I got. Will be looking forward to reading your review on that! :D

From the description it seems Merun had the luck to sneak up the C77 CARNELIAN Set with the Omake Copyshi...which surprises me admitted since Merun mentions much fighting over it yet the Copyshi included drove prices up to sky-rocket niveau rather than CARNELIAN's Offset releases for the event ^_^

Great review (once again) which made me realize I've got to give CARNELIAN yet another chance (her C76 Set was somewhat lazy especially in terms of BENIGYOKUZUI Vol.24 which merely included the C75 Tarot card rough sketches...). Plus it's great to see while she totally skipped on a BL themed release this time around as well that there is some droolworthy content of that kind included within BENIGYOKUZUI Vol. 25 (personally I love the Link art and here's hoping that one day CARNELIAN will come up with a male chara Dakimakura release on her continous Doujin Dakimakura producing these days).

Ah, I saw that one then, but like you said the prices on the C77 goods set were much higher than they were for the two doujinshi... Guess Mreun really got lucky! XD

I skipped 24, since 23 turned out to be a sketch book as well and I checked that out before bidding. On the bright side, most artists are better about mentioning if their doujins are in color before hand :D

Nice Carnelian art but at that price and rarity, not really something I'd go after myself.