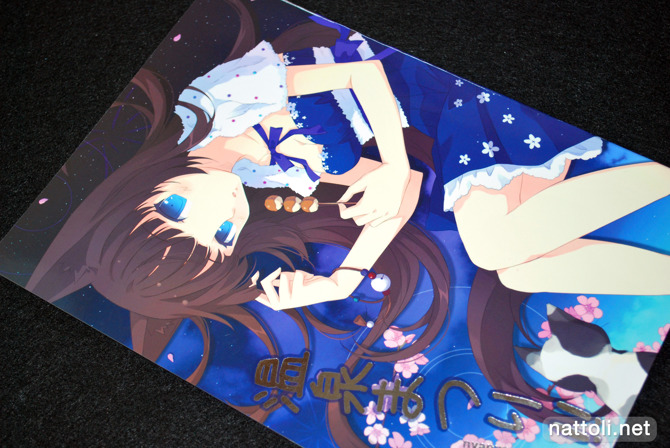 I'd first noticed Nyanya's art work while I was browsing Pixiv to see various artists' Comiket 77 promotional images right before the event. It wasn't so much the style of the illustration, but rather the cat girl herself, whom is basically an inverse of one that H2SO4 frequently draws that really caught my attention and made me want to buy this.

Nyanya's Onsen Matsuri!! is a full color B5 sized doujinshi, staple-bound, and 18-pages in length without counting the covers. The illustrations range from the ever popular Touhou to Vocaloid to some original creations. I think the only non-Vocaloid or Touhou fan art is from Gosick. 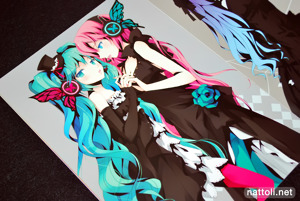 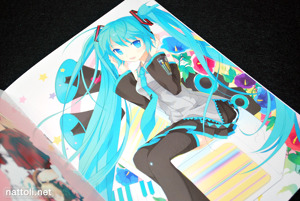 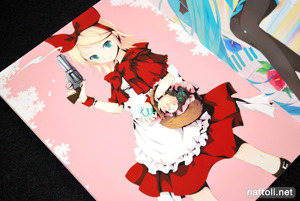 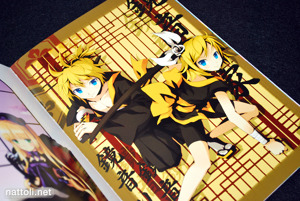 Five of the illustrations feature Vocaloid characters, but they are for the most part out-of-character costumes, so it makes it more interesting. There's one cute one of Kagamine Rin dressed as the fairy tale character Little Red Riding Hood. Another features Vocaloids Hatsune Miku and Megurine Luka in their Magnet music video costumes.

There are two Touhou illustrations that I'm sure about in Onsen Matsuri!! though there is one other one that looks like it should be in Touhou, but it's original. The Halloween-themed illustration above is also an original character, along with the picture with the two girls applying make-up. I guess you could consider the cover girl an original work, but it really feels too much in homage of H2SO4's designs. 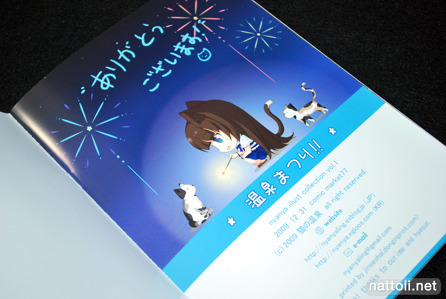 There is one guest art work in the book by Cu-rim, a fellow Korean artist who has more works on Pixiv than Nyanya. For the most part, I would like to see where Nyanya goes from here, because even with the beautiful coloring and finishing, the art style still feels a bit rough around the edges.

Never heard of this guy, I'm very interested! Thanks for showing me something new

Wicked art for someone I've never heard of, too bad pixiv is impossible to navigate :(

I was also interested in this artist. This cover illustrated a C77 set with H2SO4's doujinshi. In the end I got it on Toranoana since I already got H2S04 alone. I found the catgirl and the artstyle to be very cute when I first saw it ^^

Nice art, might have to keep an eye on this artist.

Did expect some onsen styled illustrations from the title though...