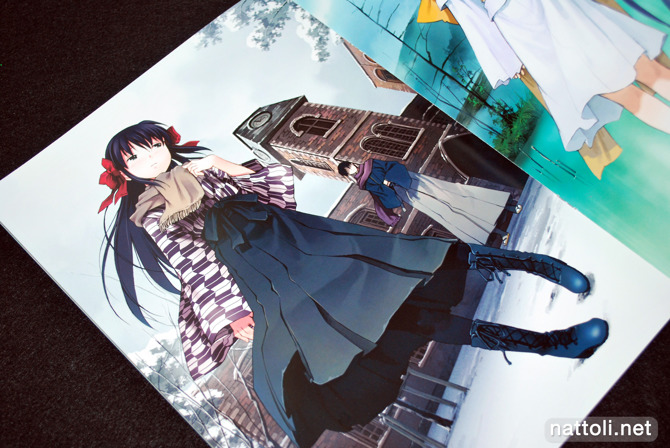 The first thing that struck me about Yoshida Seiji's art works were his incredibly detailed backgrounds. After more exploring, I learned that he is first and foremost a background illustrator, and that with his Comiket 77 doujinshi titled PAST along with recent work on video games under the circle name TNK, he is expanding into the great wide world of character illustrations.

PAST is subtitled YS00: Yoshida Seiji's Old Works making it clear that this is basically a first publication, and that's it's playing catch up with his older illustrations. The doujinshi itself does contain two works labled as new though; the cover illustration which is repeated in full inside, and a two page spread of a girl in a white dress among ruins. 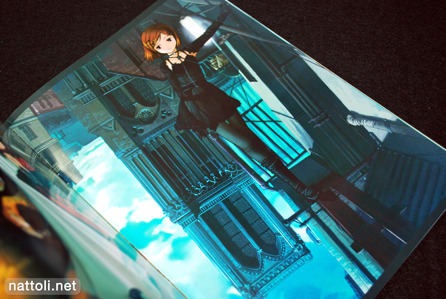 The rest of the A4 sized 24-page doujinshi (with covers included in that count) features older works, including a classic one that I'd seen re-posted regularly on images boards of a girl in an upside-down world. I didn't know who the artist was at the time, so it's nice to finally put a name with an illustration ^^

Even though the illustrations are labeled as old works, they do stand the test of time and avoid looking dated when compared with this year's crop of art styles. There are also some well drawn fantasy scenes; a couple feature dragons, one with an elf, and one above featuring a passed-out wolf next to a drunk Little Red Riding Hood. Another thing to consider is that they're all original character designs, which feels like a rarity amidst the releases this past Comiket. 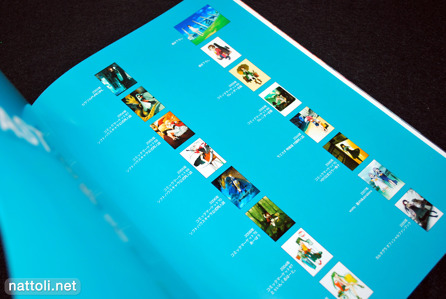 Seeing as how the cover art is what got me to take a look at this in the first place, I would have liked to have seen more of what Yoshida Seiji would describe as his "new" art, but hopefully that's in store for later editions of his doujinshi.

This guy has wicked style, the composition from the floor perspective really works for me. Hopefully I'll see it scanned sometime because 24 pages is a little too light for me to bite + no amazon.

And yet, I have it. Guess when you want things, you have to put in a little effort and work around the roadblocks. And there's no point in whining if it's not something you want!