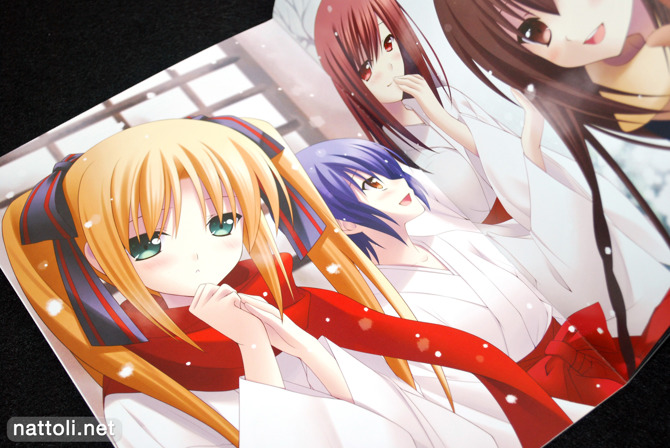 Zangetsu Schnee is filled with colorful illustrations of characters from some of (I would guess) Zinno's favorite shows from last season; Bakemonogatari, Darker than Black: Ryūsei no Gemini, and Needless. Like previous Zangetsu volumes, it's on the short side with 16-pages total including the covers. 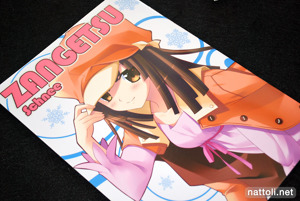 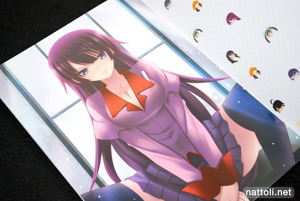 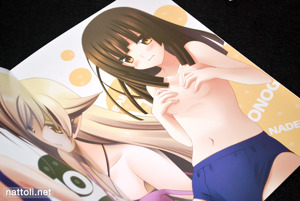 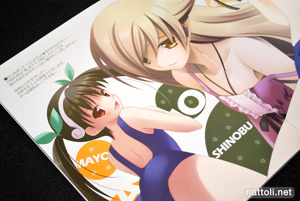 The cover art along with the first two illustrations of the book are all from Bakemonogatari. Technically, the front and back inside covers have Bakemonogatari art on them as well, but they're stylized-chibi character heads, like the kind you would see on a tiled wallpaper. On the fuller illustrations, we have Senjougahara by herself, and Nadeko, Shinobu and Mayoi together in a two-page spread. 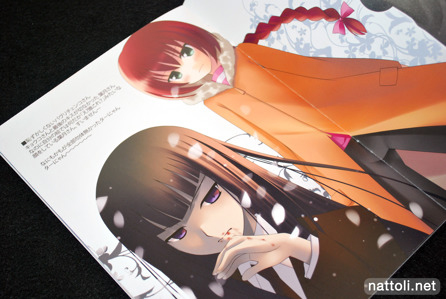 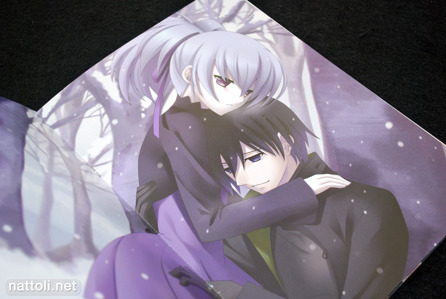 Since Zinno's doujins tend to be on the short side, I usually don't grab them unless I can find it for a good price and there's something in it I'm interested in. And this time, it was the two Darker than Black spreads that sold me on it, though especially the one with Hei and Yin :3 The other features Suou, Mina Hazuki, and Tanya. If I hadn't spotted those illustrations in Comiket 77 preview image on her site, I would have likely skipped it ^^; 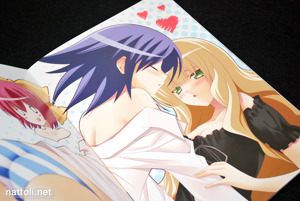 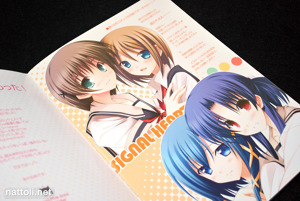 I didn't watch NEEDLESS, but that's where the two girls on the top left are from. Above right are characters from a game called Signal Heart, for which Zinno is the character designer. And that's really all there is to it! It's short, but I really love Zinno's art style, especially the coloring and the eyes. I have several of her older works that I hope to review sometime. I'll probably get to them sooner or later.

I recently tallied up my Comiket 77 doujinshi purchases and realized it would take me more than two months to review everything even if I posted everyday. And so as not to sound like a broken record, I'm definitely going to be skipping around to cover more art books and doujinshi that aren't C77 related ^^

Cant even find it on yahoo japan :(