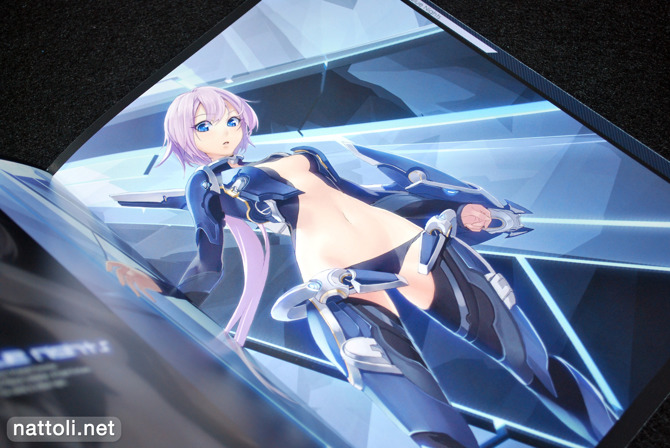 Prior to this Comiket 77 release, my most recent exposure to the artist YahaKo came from her Vocaloid theme doujinshi RE: UNION, which was released at Voc@loid M@ster 9. Eight Fortune 01, or EF 01 for short, is interesting in that while it still contains Vocaloid art work, YahaKo moves slowly into original territory with a gorgeous original cover girl named Blue Night who will be serving as the mascot for the artist's circle.

EF 01 is an average length doujinshi coming in at 20 pages when including the covers for this staple-bound volume. But it definitely feels shorter through the use of two page spread illustrations as well as the appearance of the circle mascot twice inside the doujinshi with minor variations on her appearance. The first inside illustration of Blue Night is printed over two pages, and it's identical to the cover illustration, but more complete and without the text. The last image above is titled 'Zangaigar', and while it's an original concept, you can tell it plays on all the live action masked hero shows Japan has to offer. 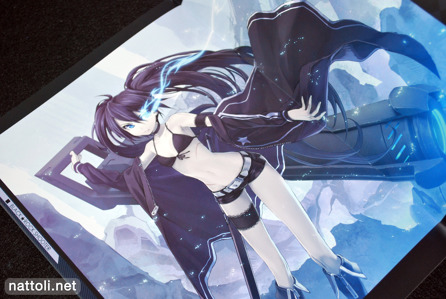 YahaKo delves into Vocaloid territory again with this gorgeous rendition of Black Rock Shooter. But that doesn't mark the only Vocaloid piece in this book. 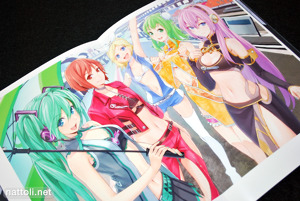 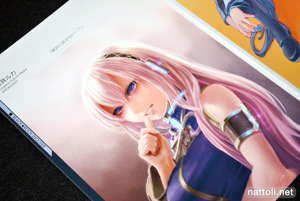 The next three pieces are also Vocaloid illustrations, but the style varies rather dramatically even though they're all illustrated by YahaKo. Love the Racing Queen Vocaloids, great costume designs for that one. The Megurine Luka one looks a little too real (and maybe a bit too evil ^^;) for my tastes. Guess there's a dark side to Vocaloids too? XD

Most of the rest of the illustrations are guest arts, but they're all on the Vocaloid theme as well. There are three guest artists in total and two of them contributed to YahaKo's last doujinshi, RE: UNION as well. The last two pictured above are by Kunieda and Aka respectively, while the SF-A2 MIKI illustration is from a new contributor, Massan. 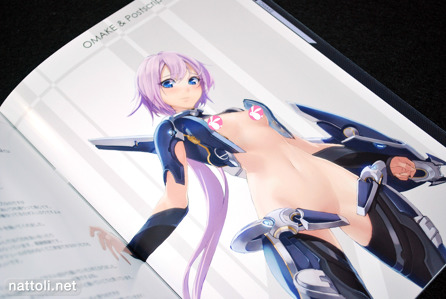 The collection finishes with a slightly naughtier version of the cover girl and mascot, Blue Night. The black bikini bits along with her facial expression have both changed. Although technically there aren't a lot of illustrations by YahaKo in this collection, I'm still quite happy with it, as I just can't seem to get enough of this artist's style ^^

WOW! His deep blue backgrounds are absolutely gorgeous! I hope I can get my hands on this some day.

RE:UNION seemed like just another review to me. I am not especially impressed by it even after taking a second look. At this point I don't understand why I should be so impressed on this occasion and unimpressed before, when the review is of the same artist, but I like EF01 and would like to collect it. Maybe you know of some subtlety that I am not aware of and that you can share with me later. Thanks for the highlight and review.

It's hard to say, but a lot of times for me what makes or breaks an artist is seeing his/her original character designs, and not how they draw someone else's character. Could be part of it ^^;

Beautiful work, what a great find!