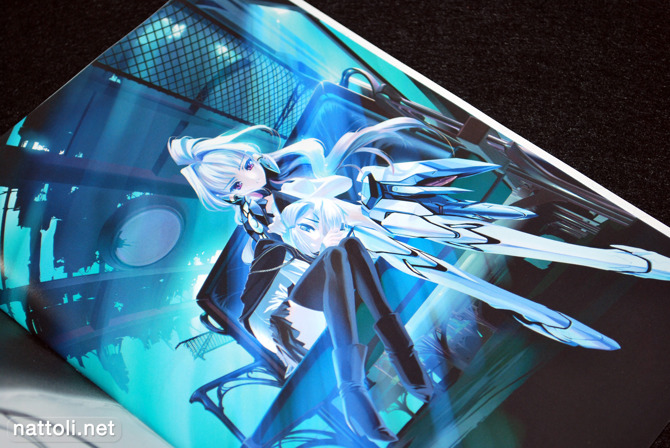 Dengeki Daioh GENESIS is a new comic-focused magazine that comes out quarterly like Gelatin. The first issue came out January 2010, and also like Gelatin the comics featured inside are original, and oftentimes meant to be "one shot" features done by popular artists. But unlike Gelatin, this phone-book thick magazine includes only monochrome comics. So why the interest? The original magazine exclusive posters by artists like Redjuice and Kishida Mel, of course. 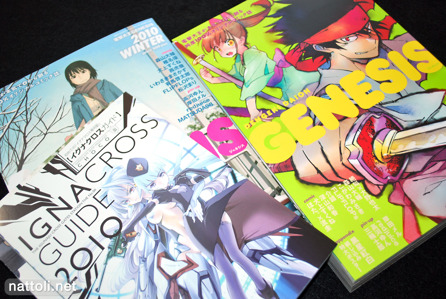 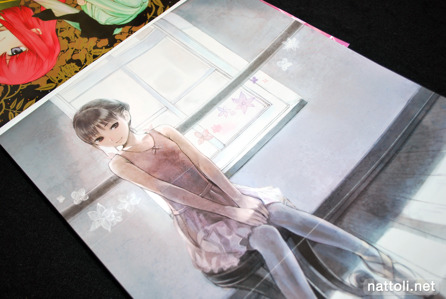 The premiere issue came with a supplementary booklet preview of the upcoming CHOCO manga Igna Cross, which I'll talk more about later. The magazine came with a large, A2 sized poster of the cover illustration by Yostuba&! and Azumanga Daioh artist Kiyohiko Azuma. The first fold-out posters inside featured a very Assassin's Creed-esque poster by Redjuice, and a solo ballerina illustrated by Kishida Mel on the opposite side. 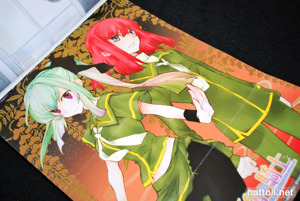 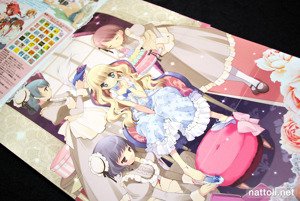 The other two posters in Dengeki Daioh GENESIS Vol. 01 pictured above are by Gundam 00 and Loveless character designer Kouga Yun along with Matsuda98, who illustrates the manga version of Tetsudou Musume. Also pictured above are some of the comics in this issue, but they're not really my thing :3 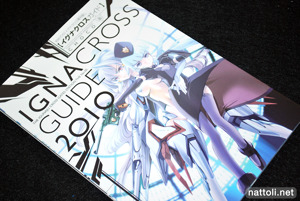 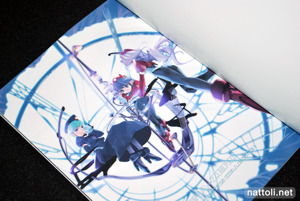 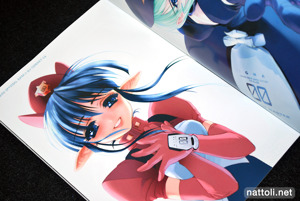 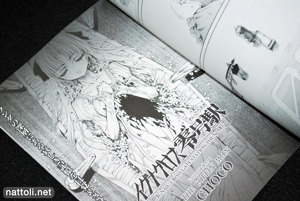 Also included in the first issue was a small, supplementary booklet that is a guide to the new manga by CHOCO called Igna Cross, that will be running in Dengeki Daioh Magazine starting in the June issue. The booklet includes four color illustrations with some old ones from Igna Zero, along with a few pages of character profiles, and 32-pages of manga. CHOCO's illustrations are gorgeous as usual, so it was a real treat to stumble upon this small freebie. 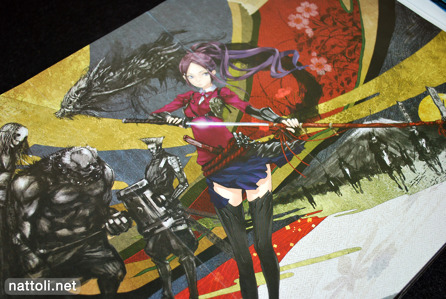 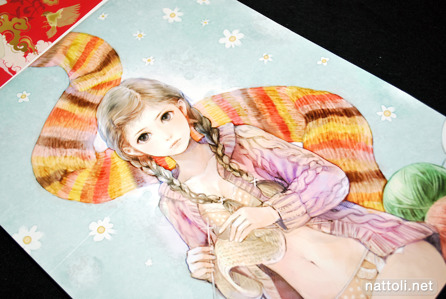 The second issue of this quarterly magazine only recently came out, and once again it includes posters by Redjuice and Kishida Mel, with a cover by Zekkyou. Kuroboshi Kouhaku is a newcomer in Dengeki Daioh GENESIS Vol. 02, with an A2 fold out poster that is more scenic that character driven, featuring two girls in school uniforms in an underwater (and flooded) train station. Redjuice does another original poster with the same character that was in the previous issue, and Kishida Mel switches up his style with a more realistic face on his knitting girl. 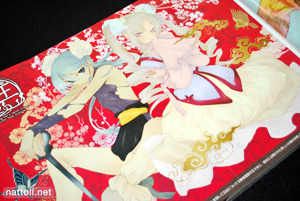 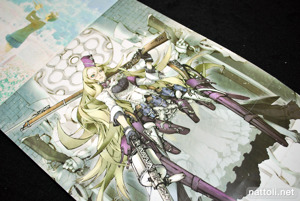 Kouga Yun has a poster again in this issue, and Miwa Shirow illustrates the opposite side of the fold-out. All the posters are new illustrations, and once again, all the comics are original. Above are some of the color title pages for the internal comics, which are done in black and white and I'm not really motivated to go into those in detail, since I was only buying these magazines for the posters ^^;

I was already purchasing other items on Amazon Japan when I added these on to my order, for a price of ￥476 each without the tax. I've purchased clear files and pencil boards for the character illustrations on them for that price (or more!) so buying these magazines just for the posters feels like a deal ^^

I had absolutely no idea about this magazine, thanks for the info!

Thanks for all the pictures! The A2 poster looks great. I hope I can get one of my own soon :D

Is one better than the other at all?

I think the first one is better, just because you kind of get more with the CHOCO booklet and the color illustrations in it. I think if you're choosing between the two though, you should probably go for the one with more posters you like, since the rest of the content is just black and white comics.

Damn you Nat! Those reviews made me so much drool that I almost burned my credit card from all those orders i paid ! :<