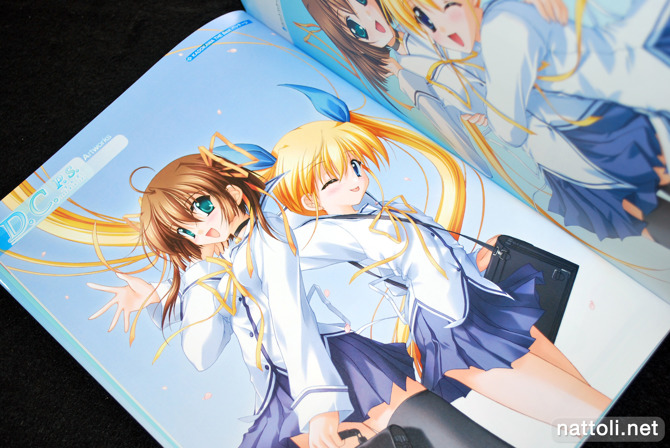 The first thing I thought upon opening up CIRCUS 10th Visual Album was... MOONSTONE Complete Illustrations. It's amazing how completely similar the two are organized, right down to page layouts and section headings. Both books were originally slated to release last year in December, but in the end only MOONSTONE met that deadline. But now I can see the reason for the most likely reason for the delay in CIRCUS 10th Visual Album's release: the print quality. 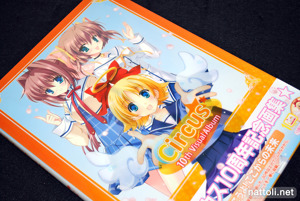 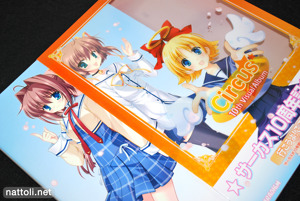 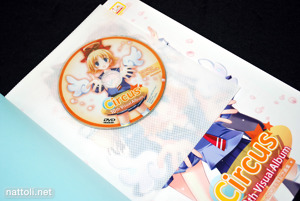 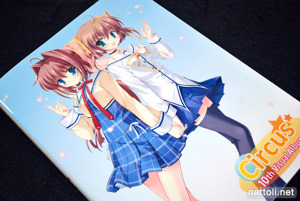 CIRCUS 10th Visual Album is printed in a way that is generally only reserved for doujinshi, with no visible DPI and only light noise. That is no small feat for a 240-page A4 size book. But that also accounts for the above average price for the art book of ￥3780. There are also other packaging bonuses, with an open-box slip cover and a DVD-ROM that includes demo movies of the games in the book and audio interviews.

Not surprisingly, the bulk of the illustrations are from the D.C. Da Capo series of games. The first section in the book is titled "Part 01 Circus Best Illustrations" which features all official illustrations and publicity art work. This section runs from pages 5 through 106, with about 54 of those pages featuring D.C. Da Capo promotional art work.

Other games in the section include Infantaria, Suika, Valkyrie Complex, Eternal Fantasy, AR Forgotten Summer, Homemaid Sweets, Saishuu Shiken Kujira and everything else that CIRCUS has ever done. For the most part, these series don't get more than a few pages, with the exception of Eternal Fantasy, Saishuu Shiken Kujira, and Valkyrie Complex. You'll also notice from the photos above that many of the pages have tiled images, and overall there are few full page images in the book. However, it's not as bad as it usually is, because details (especially in thin outlines) aren't lost like they usually are because of the high quality printing. 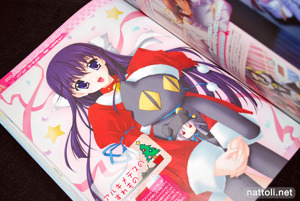 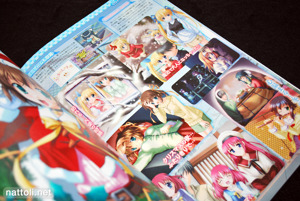 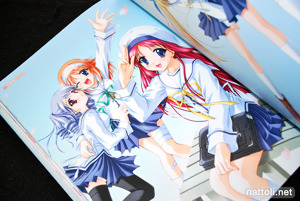 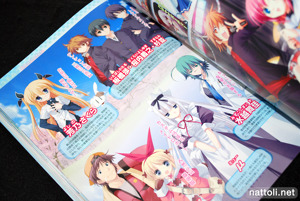 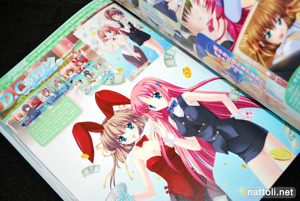 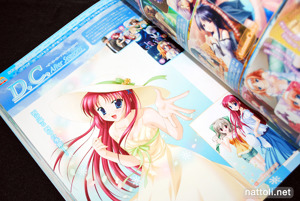 The second part of CIRCUS 10th Visual Album is the "Circus Game Library" which goes through all the games in chronological order that the company has produced. The format for each section is for the most part an almost full-page illustration next to a second page with small in-game CGs. The D.C. Da Capo games have sections longer than two pages, but most of the images used are still in-game CGs. Also, be warned that since these are all H-games, there are illustrations directed at a more mature audience. This "Part 02" runs from pages 107 through 216. 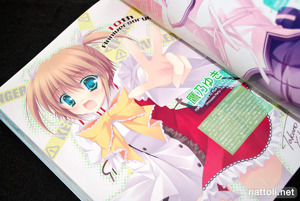 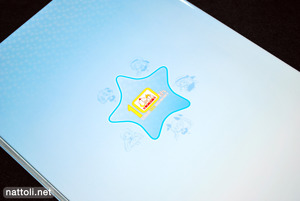 CIRCUS 10th Visual Album ends with brief interviews with the artists and scenario designers, along with 4 original "thank you" illustrations from some of the CIRCUS artists like Konata and Takano Yuki. Overall, I liked this one better than MOONSTONE Complete Illustrations because even with all the illustrations packed in, the prints were still clear and sharp. Though it is on the expensive side for an art book, it does provide a huge summary of promotional CIRCUS art that was previously only available on the products themselves.

I've never played Da Capo or anything by Circus, let alone any visual novels despite owning Da Capo II Side Story (it came as part of a bundle with the Asakura Otome nendoroid which was what I wanted).

I might buy this art book despite the price since I'm pretty much a sucker for large compilations and high-quality prints. Plus I like the character designs from their games.

I checked Kunokuniya and they have it but with domestic shipping included it's about $70 USD X.x Never used Amazon Japan. I would for this one if their shipping wasn't so expensive. It would put it on par with Kuno in total.

This month may end up being a bit expensive for me. I'm in a bid for LEAF Illustrations by Tatsuki Amaduyu on Y!JA and that's one art book that I must have. May run me up high though o.o

I've never played the games either... but I think most of us art book fans have a love for the aesthetic that just overrides any other "reason" to buy something :3

I had no idea Kinokuniya could be that expensive! I'm not really sure what other places are selling it aside from Amazon JP, but I'm sure there's a more competitive price out there.

I mentioned it recently in reply to one of your other comments, but if you're up for used books, Mandarake has the Tatsuki Amaduyu LEAF Illustrations book for 3900 yen and 5000 yen. Though I can't tell you for certain the reason for the price difference, from my experience in shopping there in real life as well as online, the store branch you're buying from makes a huge difference in general pricing cough Nakano cough

With Kunokuniya I believe they factor in shipping costs for their stocks from Japan to their store which is why the shelf price can be so high sometimes. Domestic shipping isn't too bad, usually around $8 though dependent on your location and what store you purchase from. The speed is the real kicker, extremely fast. I ordered Kantoku's Ashiato on a Saturday evening, got an email on Sunday saying it would "ship out" on Monday, come Monday morning it was already on my doorstep O.o

Ahh, so that's what the glowing circle in the top-right hand corner is. It tells you replies to your comments. Cool. I've never tried Mandarake. Can you pay through PayPal?

While shopping around for the Circus book I stumbled upon some nice online shops that ship directly from Japan. Next time I order I'll have more places to price compare.

I prefer New, though Used in mint or great condition at a discounted price I'll consider depending on the degree of wear. I'm really picky in regards to keeping any collection items in mint condition, which is usually the initial condition it was in hopefully ^^;

Idk where u live but mostly from my experience the shipping costs almost every time are a killer for my wallet...

PS: I dont think mandrake has paypal option. Think u gotta pay directly from youre card. (which iam not sure gotta ask Nat ... ^_^ ).

And as i see only EMS possible. Nothing for me >_>

PS.S: When it comes to used artbooks i have only good experience (more or less). Got few books TWICE cheaper then the new ones and the condition was more then good. Sure had an "used" look... But considering i got for 15 Euro instead of the 30 original price i cant complain. Altrough caution is definitely needed...

Mandarake uses Paypal now, though they didn't at first. You basically place your order, then they get back to you in a couple of days with whether or not your items are available, and your total with shipping (and sometimes handling if you didn't but a lot) after which you send the payment. Oh, and they do SAL by request, though it's not advertised. But they won't do SAL with Paypal since it can't be tracked.

I agree with Lonigus, most times buying used turns out well (and sometimes there isn't a choice if it's out of print) but often when you're paying way under the value of a book, it's going to be in worn condition so you have to be careful ^^; Though this isn't even always true >_<

i also nevered played any Da Capo games before but wow this book looks amazing, i might get a copy for myself. thx for the review :D