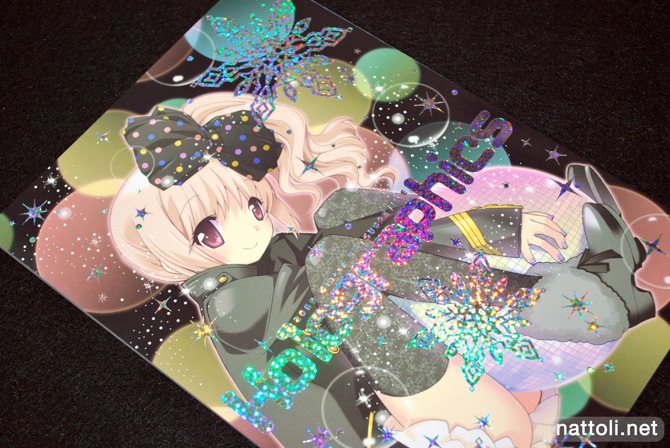 Matsuda98's Winter Comiket release HOLOGRAPHICS was a combination of illustrations and a short manga, which is something I've seen from quite a few of her releases. Matsuda98's style is very girlish, with overly cute characters in fashionable clothing. 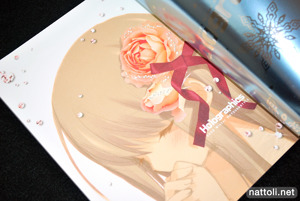 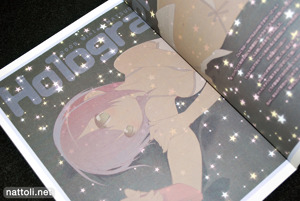 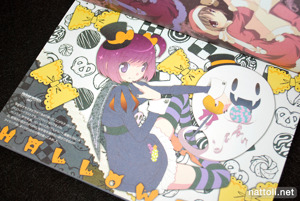 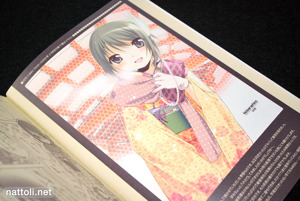 HOLOGRAPHICS is a B5-sized doujinshi and 40-pages in length when counting the covers. Unfortunately, a little more than half of that is occupied with a short one-shot comic. But since I like the art work, I just ignore the parts that don't interest me ^^; 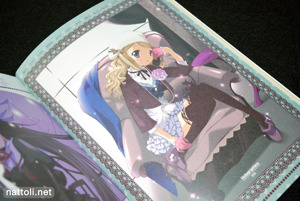 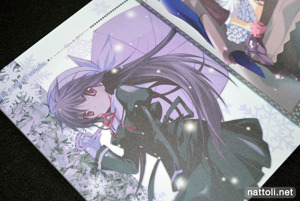 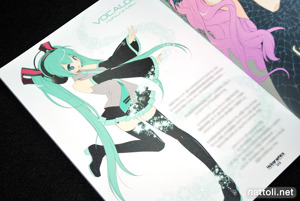 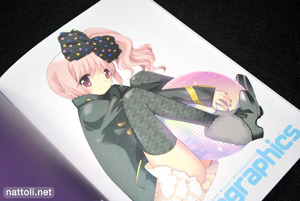 There's a splash of fan art with Vocaloid's Hatsune Miku, and Hello Kitty styled girls that look like they could fit in to the With Kitty campaign that's been going on. There's another Sanrio character illustration with the Little Twin Stars. The ef - a tale of melodies illustration was done as an extra with the DVD in Japan. 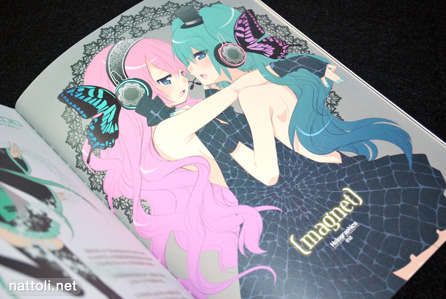 Another highlight was the Magnet fan art from Vocaloid. I feel like I've seen a lot of variations on the original by Yunomi but this is one of the few I've seen that try to take it in the cute direction.

Though I like Matsuda98's art style, I find that the way she composes the pages for her doujinshi can be quite annoying, with text overlapping the character images, or illustrations faded into the background. Plus, the paper texture is visible, and a bit grainy. It also makes dark-on-dark outlines all but disappear. Maybe that will improve sometime in the future... 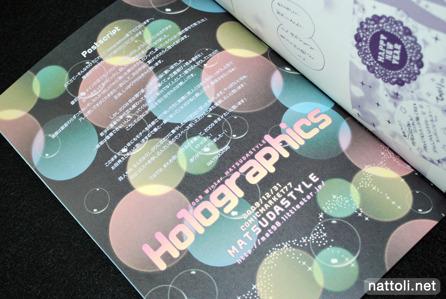 HOLOGRAPHICS is a cute collection, but I wouldn't recommend unless you know and enjoy Matsuda98's art work, since there really isn't a lot of it ^^;

The shiny cover is awesome, I wonder how much it costs him to make it done.

Totally agree on the cover too! Best I've seen for a while!

Hmm... I wouldn't be surprised if it really adds to the cost, most doujins I have with decorative covers use cheaper paper inside :x