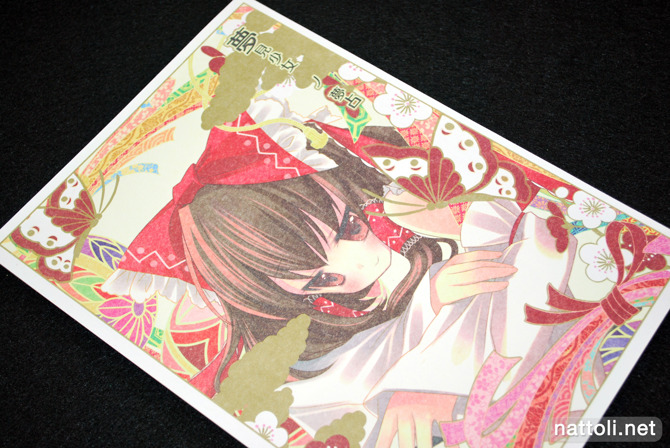 Hinayuki Usa is a prolific artist both in and out of the doujin scene, and Yumemi Shoujo no Yume Sen (夢見少女の夢占) was one of her two books released during Comiket 77. She often works along side Natsume Eri (なつめえり) as their styles just complement each other, but for once, this small Touhou collection includes only Hinayuki Usa's illustrations. 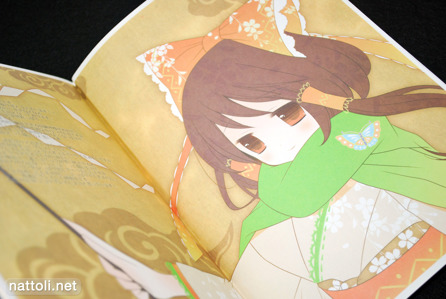 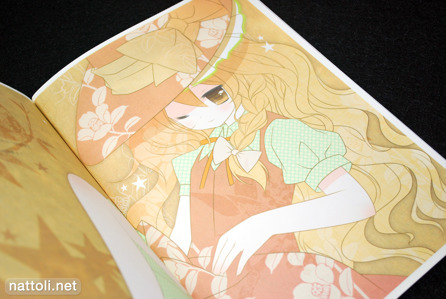 The best word I can think of to describe Yumemi Shoujo no Yume Sen is flimsy. I don't usually think this when handling a doujin, even though they tend to be dramatically smaller than art books, but Yumemi Shoujo is light weight---with an even lighter weight, non-textured paper used inside which just makes it feel quite different from other doujinshi I've purchased. It's a total of twenty pages including the covers, and B5 in size. 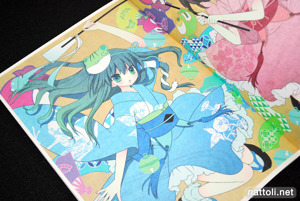 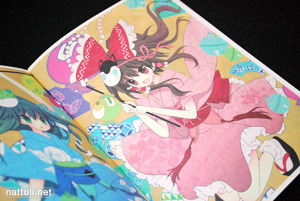 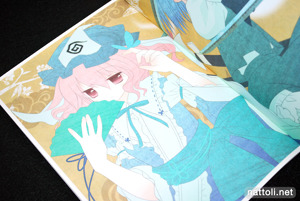 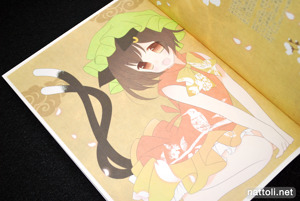 There are several two-page spreads in this book, which cuts down on the total number of illustrations. One thing you can barely see in the photos---which would be even harder to see in anything but raw, un-edited scans---are the variety of textures applied to the different colors on many of the illustrations. There's a lot of brown on brown, yellow on yellow detail that is faint, but really eye-catching in person. it really adds to what would otherwise be fairly straight-forward line art colorings. 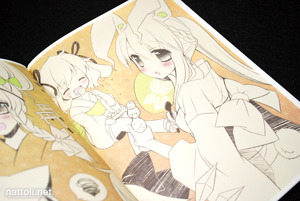 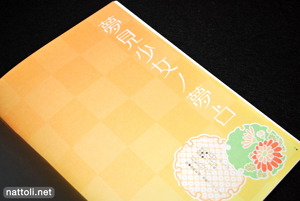 As a small and inexpensive collection (￥525), Yumemi Shoujo no Yume Sen makes for a nice little gathering of Hinayuki Usa's art work. I couldn't really see myself going out of my way for it, but it's an easy pick-up when purchasing other things. And they still have plenty in stock on Toranoana ^^;

Ups, some issue with my auto logging software.

I got her other doujinshi from C77; is it the same extremely light and thin paper? It's so thin, I fear I might tear it off one day.

I didn't buy the other one, since it was 32 pages color, 86 monochrome. Will be waiting on your review to find out if it's worth it! XD But I would think for a such a thick book, it would be better paper. Not to mention, since that was the more expensive of the two, more money was probably put into that one, resulting in the cheap look for this one.

is that cover textured or is it an art effect?

The cover is very textured. It's a very grainy kind of paper that you seldom see used.