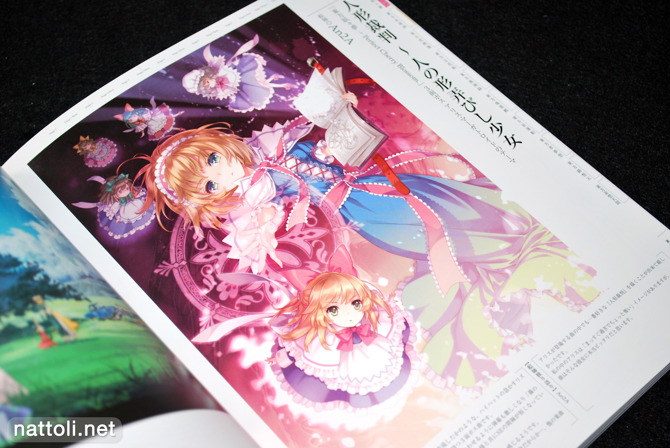 The Touhou Project Tribute Arts 2 is the second installment in Toranoana's Touhou illustration collections, and was released for the Reitaisai 7 (博麗神社例大祭) convention on March 14, 2010. While the previous volume came with tarot cards, this time there are two books; one featuring a full color collection and the other a black and white illustrations and sketch collection of the works featured in the color version.

The two-set of books are B5 in size and housed in an outer cardboard case featuring original art work by Kususaga Rin. Included inside were also a couple of trading cards, which are chosen at random, but feature art work that is pictured in the book. You can see the ones I received in the far right photo above ^^ 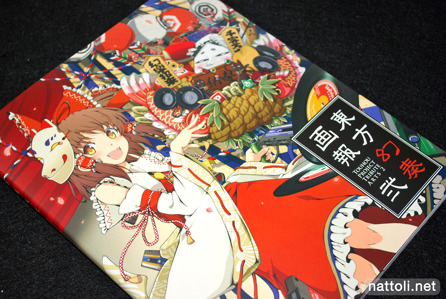 The cover for the Touhou Project Tribute Arts 2 color book is by Aka Ringo again, as it was for the first volume. Reimu Hakurei is also the cover girl once more, but this time she's joined by Hieda No Akyuu. The theme for the art collection is really cool this time in my opinion. Basically, each of the illustration sets are inspired by the Touhou game background music, starting with the first Windows game The Embodiment of Scarlet Devil.

The Embodiment of Scarlet Devil section features 12 illustrations by twelve different artists, including the cover illustration Fruitpunch did for the black and white Touhou Project Tribute Arts 2 Curtain Call portion of the set. This set includes art by Morii Shizuki, Tokiame, Banpai Akira (Vampire Killer) and Shingo among others. 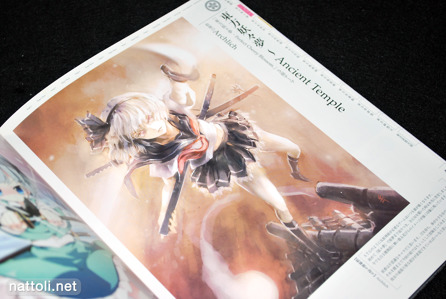 The second section, based on the feelings from the music of the Perfect Cherry Blossom game released at Comiket 64, is a total of 14 pages with illustrations from Sayori, Capura.L, Archlich, Garnet, An2A, Shimeko and many more. Archlich's illustration, composed to 東方妖々夢 ~Ancient Temple is a real standout in this group. 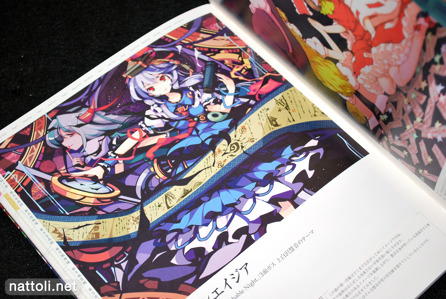 The next section is Imperishable Night, whose game was released at Comiket 66. This section includes a total of 16 illustrations. My favorite in this section was Ideolo's Kamishirasawa Keine, whose costume looks more intricate than normal. 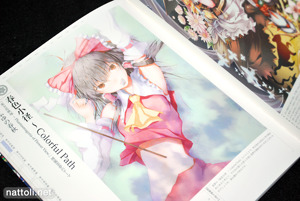 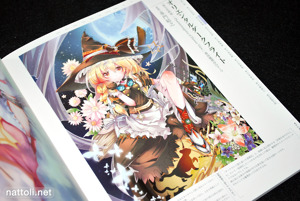 Fuyuno Haruaki gets the opening illustration for Phantasmagoria of Flower View. This section is comparably short, with only 7 illustrations in total. Illustrations by Hukahire and KUROT are also in this section. Shoot the Bullet is next, with a small section of only three illustrations. All of the illustrations feature Aya Shameimaru, with one of the works by Sino. 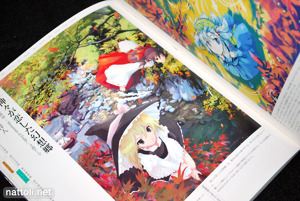 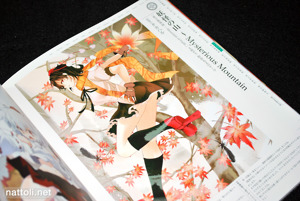 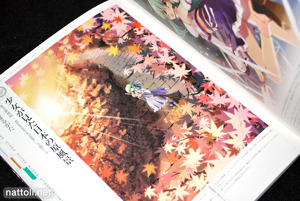 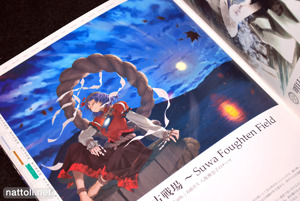 The illustrations for Mountain of Faith have some of the best background art work in the book, even when the character illustrations are occasionally a bit weak. There are a total of 12 illustrations in this section, all of which have thoroughly fleshed out backgrounds. 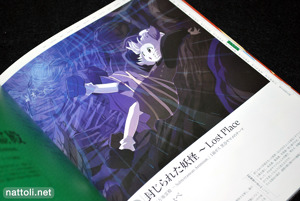 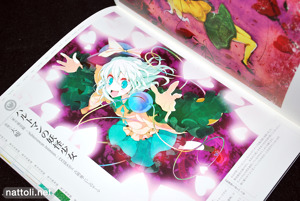 Subterranean Animism, the 11th game in the series that was announced at Comiket 74, has eleven illustrations in its section. Rin Kaenbyou appears in a few illustrations in this section, as she was probably the most notable character from the game :3 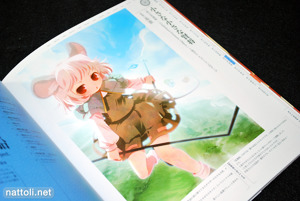 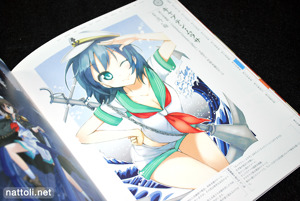 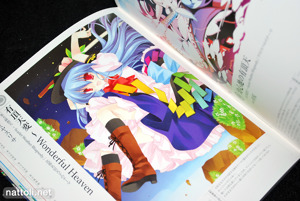 The last section of a notable size is Undefined Fantastic Object, featuring a total of 12 illustrations. Immaterial and Missing Power has four art works, with three of Suika Ibuki. Scarlet Weather Rhapsody is also short, with only three illustrations, one of which is by Miyasu Risa and pictured above. Touhou Hisoutensoku is the last section and features the Aka Ringo cover art and one other illustration.

I'd also like to briefly mention the monochrome illustration book that was part of the set called ~Curtain Call~, which was 144 pages long and included a mix of sketches and monochrome illustrations by the same artists featured in the full color book. The first 48 pages are all sketches with some artist commentaries. The black and white illustrations are actually pretty decent for the most part, and run from page 50 through 144. Not something I would have purchased separately, but nice when it's perceived as an "extra." 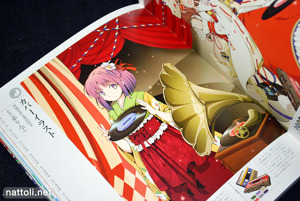 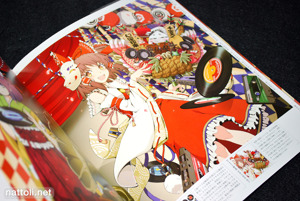 Touhou Project Tribute Arts 2 turned out to be a great collection of works, and I'd even say it was better than the first based on the theme alone. Overall, I think the quality of the art work they accepted for this volume has definitely gone up, with more elegant scenes and fewer chibi characters on white backgrounds, which were abundant in the first book. Much improved!

Wow, this looks like an extremely high quality book, what with the box, extra book, and a pretty good number of pages in total. Can't believe they're only selling this for 2100 Yen (albeit at Toranoana).

Would like to know how the printing+paper quality and binding of this is. I'm guessing nothing mindblowing since it's still a doujin release, but curious about it anyway.

The printing and paper quality are just like a commercial art book, so you don't have to fear it coming apart on you or anything. Most of the commercial art book-sized doujinshi are great quality, post 2005 anyway. I have some questionable ones from before then XD

Thanks, I copy pasta the bottom bit from previous posts to save time formatting, which leads to silly mistakes :B

Good cover, nice that they didn't crop the images to fit the page size too!