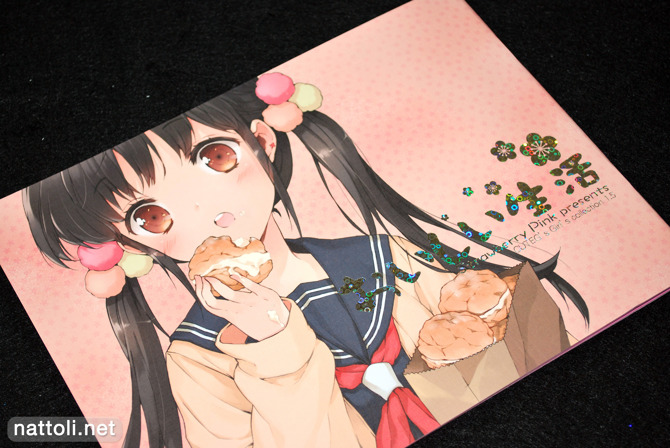 Oishii Seikatsu (おいしい生活) is CUTEG'S Girl's Collection 1.5, and the first monochrome collection I have from her, though not the first one that has been released. For the most part, the illustrations are cleaner than sketches, but not as finished as monochrome art works usually are. It's a nice in-between for a smaller convention like Comitia 92 that makes me think (and hope) we'll see some of these works in color in the future. Though honestly, there are so many illustrations it's doubtful we'll ever see them all ^^; 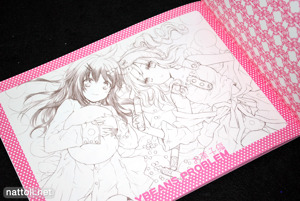 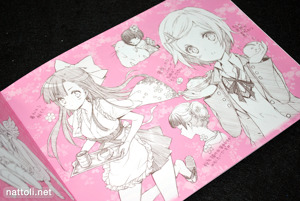 The covers for this B5-sized doujinshi are in color, with a the title written with a holographic text that sparkles as you hold it. It opens length-wise, which I think helped CUTEG to pack in even more illustrations. Oishii Seikatsu is 26-pages long when counting the covers, although the listing on Toranoana says 28-pages. 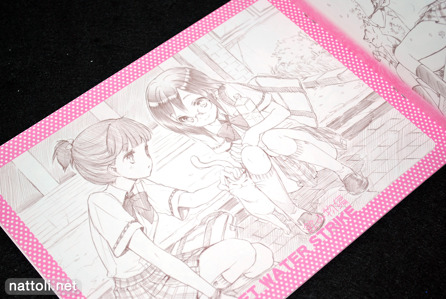 Even though it's a monochrome collection, the illustrations are printed on pink patterned backgrounds. There are several different patterns as well, which really shows some thought went into the presentation. This is easily the most high quality collection of sketches I've bought, even the paper used is thick and sturdy. The black and white characters on pink backgrounds also gives the drawings a more "cut-out" feeling, which really looks nice. 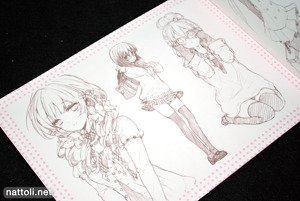 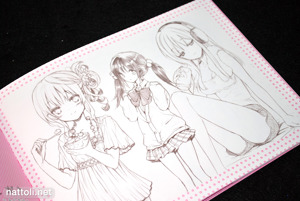 Towards the end, there are five pages with white backgrounds, instead of pink. The illustrations don't really change, so I guess it was done for style reasons ^^ Even in monochrome, CUTEG's girls are as fashionable and adorable as ever. 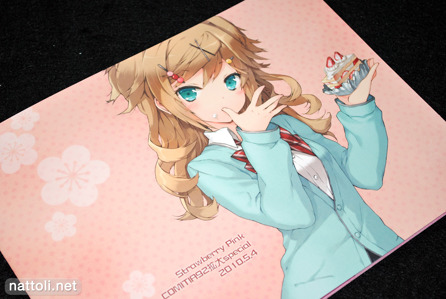 There really aren't a lot of artists that I would buy monochrome collections from, but I'm pleased to say CUTEG is definitely on that list permanently now. Even still, I look forward to seeing some of these in color someday!

I wish getting those Doujins would be cheaper...

Best way to do it is to group your buying and try to get it from the shops for now. Or you can weigh it against the costs of import shops...

Me want! Love monochrome artwork! know any online store that still has it? wanna avoid auctions, things get so expensive. and I promised myself to buy less doujins...(-_-')

Aside from animebooks.com and ebay.com I don't know where else you can buy imported doujinshi. But if you find somewhere else, be sure to post it! :D