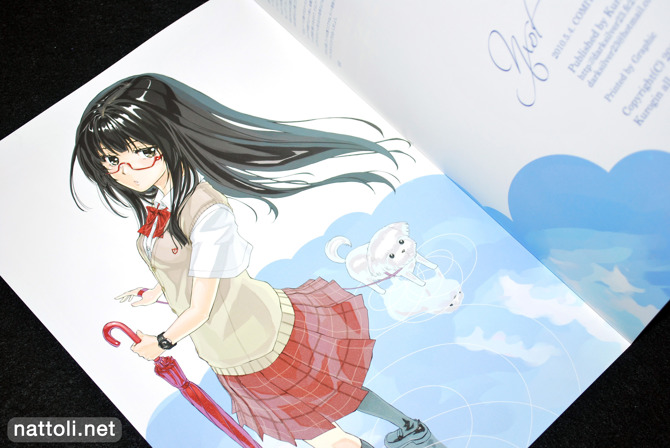 Kurogin's newest illustration doujinshi, titled NSXT and published for Comitia 92 is a far cry from the sci-fi illustrations of his Winter Comiket release Archive Illustrations. The mecha and magic girls are replaced for the most part by every day beauties in normal walks of life. 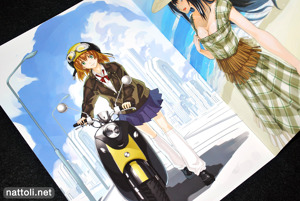 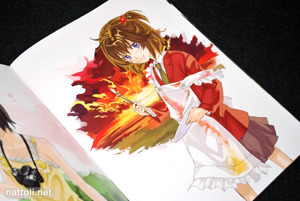 Though I don't know if all the illustrations are new for this book, none of them appeared in Kurogin's Archive Illustrations. Interestingly, since the last doujinshi release, Kurogin has had a regular gig with Nyantype Magazine, illustrating a Magical Record Lyrical Nanoha Force NEXT character design in each issue. I think there have been three so far. 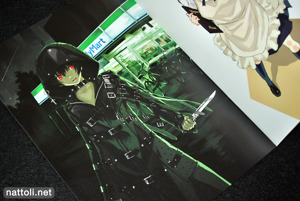 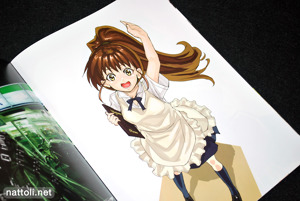 Kind of the odd man out, but there is one fan art illustration for Working!! along with a weird girl who looks like she wants to rob/stab you at a mini-mart. Not sure if she's original or not, as nothing in this book is labeled. Somemtimes, I think even when an artist starts out with an original look, the pressure to produce adorable school girls must be so intense he eventually succumbs to it. Or something like that. Seeing that Kurogin will be at Comiket 78, I guess we'll find out then if this is the permanent new direction!