← →
nattoli.net > Nattoli's blog > Alpha - Pictures at an Exhibition of Alpha

Pictures at an Exhibition of Alpha 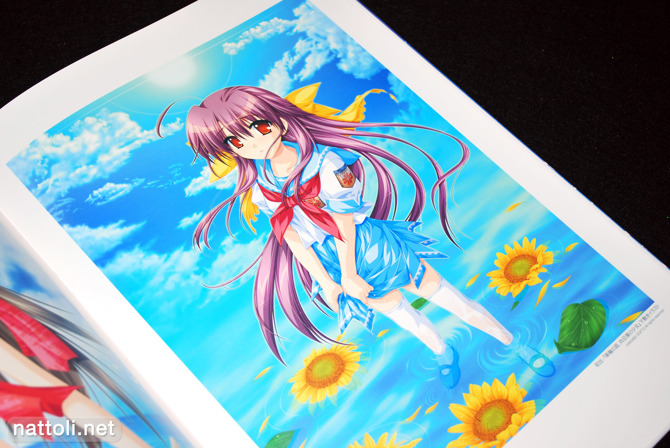 For almost a year now, Toranoana has been having gallery exhibitions of popular artists, and at these events you can buy a large B4-sized 'pamphlet' that includes the artists' works that were on display in a book format. Alpha's (有葉) gallery was the most recent one, having ran from May 19th through the 28th and the amusingly titled Pictures at an Exhibition of Alpha was the companion pamphlet. 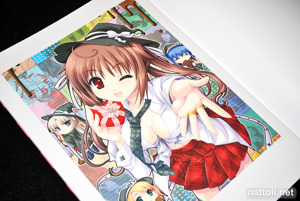 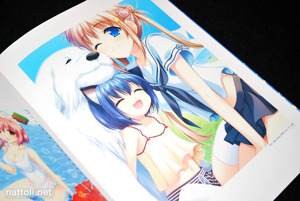 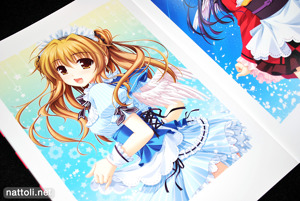 Like with Tony Taka's T2 Gallery, Pictures at an Exhibition of Alpha is also B4 sized, but it isn't hardcover. Instead it's softcover, and staple-bound with a slip on cover. It's 64 pages in total, without including the covers and the cover illustration is included on the inside without text. 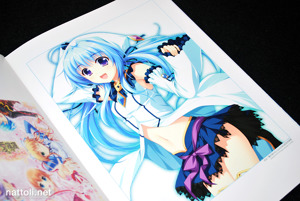 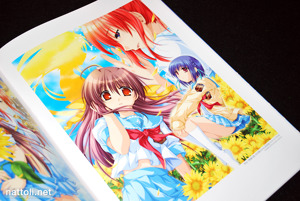 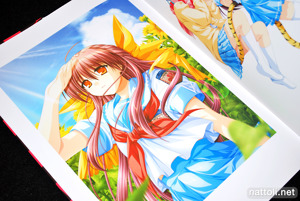 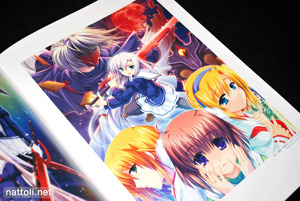 In fact, a lot of the best AKABEi SOFT2 illustrations are in this pamphlet, which makes sense since this was intended to be a gallery exhibition. Another plus is that it features the AKABEi SOFT2 Illustrations Collection cover girl from Okiba ga Nai! (置き場がない！) in another new illustration that isn't in the memorial art book. 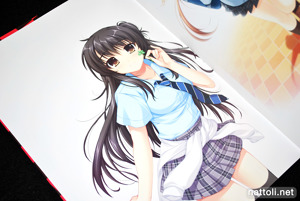 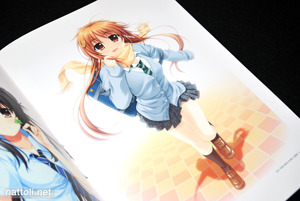 I'm really becoming a fan of these large sized doujins and art books---it just looks better and ultimately, I'm buying an art book for the style, presentation and quality just as much as for the content. Since Pictures at an Exhibition of Alpha was only sold as accompaniment for the gallery exhibition, if you're interested you'll have to go through Yahoo! Japan Auctions or Mandarake to find it. Either way, if you're just looking for a nice collection of Alpha's illustrations, this is probably a better option than AKABEi SOFT2 Illustrations Collection.

His work is very easy on the eye. Nice style for sure!

B4 is huge! Thanks for the peek inside!

I may repeat myself but thanks for the write-up! ^^ Looking at the shots you took it appears to be a real good collection of ALPHa's art out of various corners of her producing (several among the shots actually are included within AI❤ which btw. I hope you still had luck to sneak-up?).

I did get it, thanks! I replied in the other thread, but they did leave me hanging on it for a couple of days so I did get a little worried about it ^^;