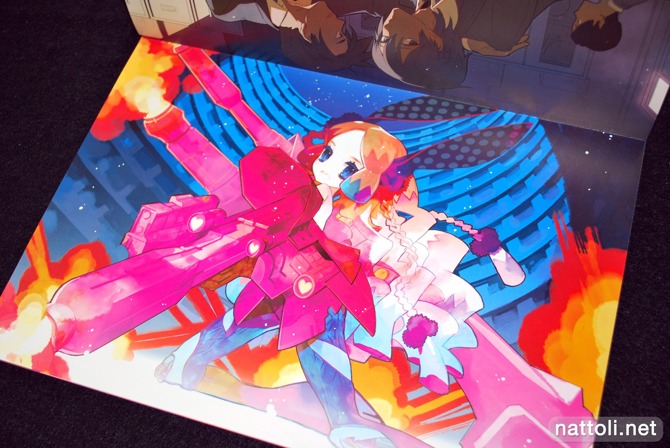 Rco Wada, whose work is recently everywhere as the character designer for the new PSP game Fate/Extra, regularly participates in the bi-annual Comic Markets and has a number of illustration collections to her name. While they've recently become shorter, her colorful works are still worth collecting, with beautifully detailed illustrations and a character design style unlike any other.

Toka + Toka 2 Illustrations is full color, staple-bound and 16-pages when counting the covers. Rco Wada's books generally make use of the inside covers for illustrations as well as any credits, and this book isn't an exception. But this time the inside covers are used more for style than for art work (although there is one illustration). Either way, the bright pink insides certainly get your attention! 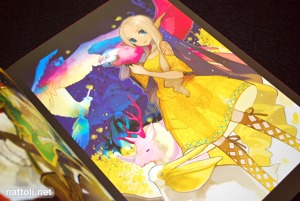 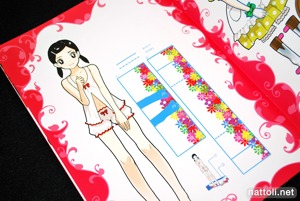 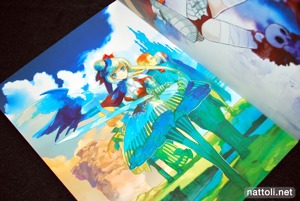 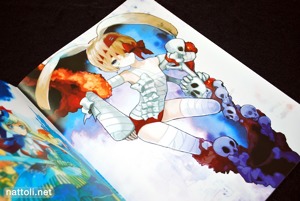 One of the illustrations here was featured as the full page entry for Rco Wada in 100 Masters of Bishojo Painting, while a couple of the other works in Toka + Toka 2 Illustrations were also featured in smaller resolutions. The picture with the elf girl in the golden dress was my favorite in the book, with the subtle blending of the night sky background into the girl's hair and the surreal animal line-up that still manages to look good. This illustration, along with another in the book are cover works from The Iron Elves (鉄のエルフ) light novels. 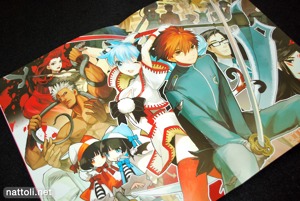 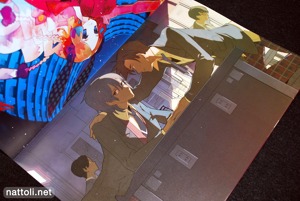 One other way Rco Wada manages to stand out is that she actually draws guys too, so you can usually expect to see a few in her collections. Although Rco Wada's Comiket 78 release is a themed book, High Leg Cut Armors, it'll be interesting to see if she comes back with another Toka + Toka book for the Winter Comiket, as she has done for the past two years.

Lovely art, I like the vibrant colors. Going to try to grab it from yahoo ^^'

Definitely a great artist and IMO plays in the same league as KEI with that watercolored style of hers! Actually Wada's all in the golden afternoon (Rozen Maiden) was amongst my first Tora no Ana web-purchases ^^ Great to hear this artist is capable to draw some handsome Bishounen as well too!

PS: I see that I've got lots to catch/read-up on your blog in the meantime now which is great ^^