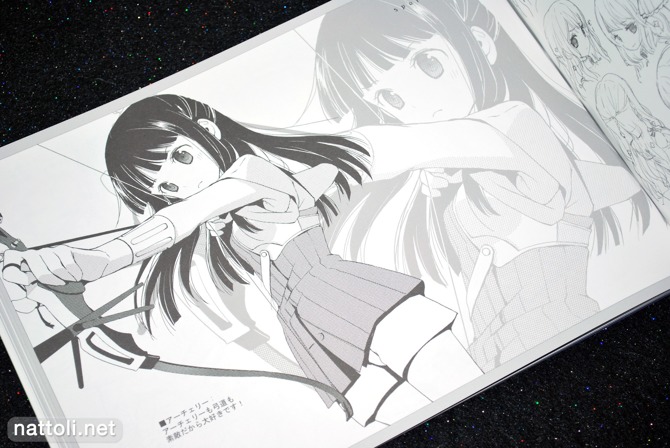 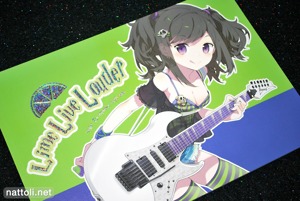 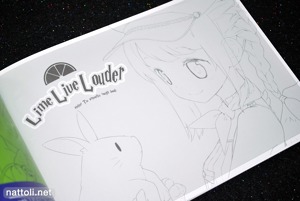 Lime Live Louder is 36-pages long when counting the covers, and opens horizontally and Western style from left to right. I mentioned this because it's not very common with doujinshi and that the other half of Tiv's release, Wireless Lemon, is the complete opposite. The cover (and inside covers) are the only color portions of this collection, with the cover art repeated on the back inside cover without cropping. The title text is embossed and glitters when you angle it. 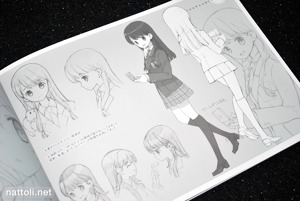 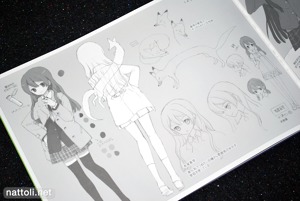 The art work is sectioned off, with rough sketches and line arts from several of Tiv's recent commercial works. The first section is Inutsuki-san, a light novel for print and online from the Square Enix Web Magazine Gangan Online. Looks very cute, especially with all the little spirit dogs, wolves and foxes. 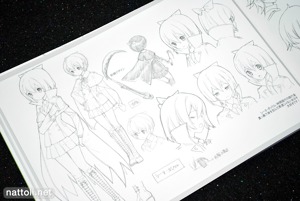 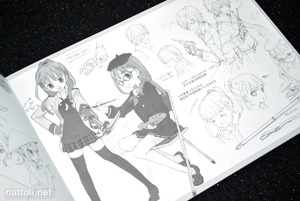 The second section features sketches from The Time Bank Financier (時間銀行フィナンシア) which ran in The Sneaker, though it looks like there was a spin-off series (or it was re-titled). There are six pages dedicated to this section and six for the previous one. Even though they are sketches, the line works are very clean and defined. You can get a real sense of how Tiv works! 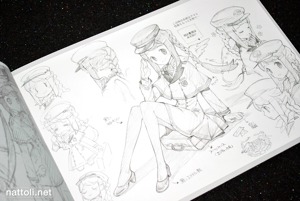 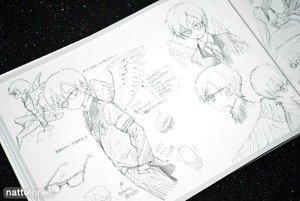 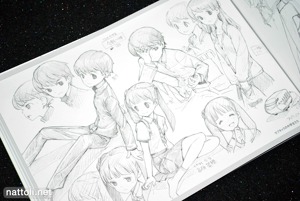 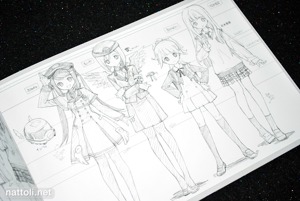 The next section lacks copyright information or a title, so to my knowledge they're original works by Tiv. The characters with their wings and uniforms are very reminiscent of the ones from Shigofumi - Letters from the Departed. This section runs 8-pages and is sketchier than the rest, but the uniform and character designs are really cute! 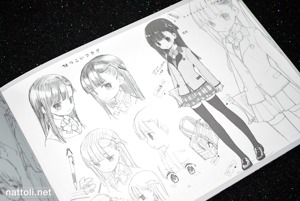 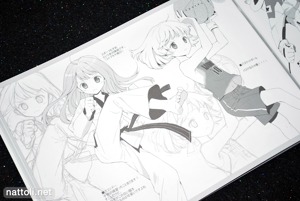 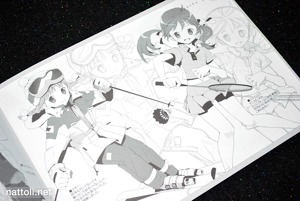 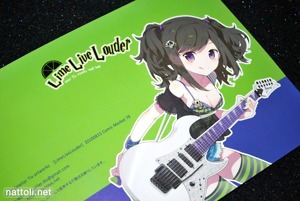 The final section of the book starts out with another of Tiv's original works, called Hatsukoi Flag! but moves into some game and fan art illustrations without a clear separation. There are also three pages of sports girls, with clean, inked monochrome lines instead of pencil. There's also a nice group fan art from The IdolM@ster. 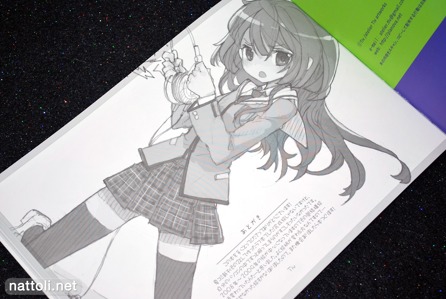 All in all, it's a nice monochrome collection, though I'd still say that Wireless Lemon is the real meat of Tiv's Comiket 78 release and this feels like a nice extra ^^

So cute last picture ! Thank for this discovery !