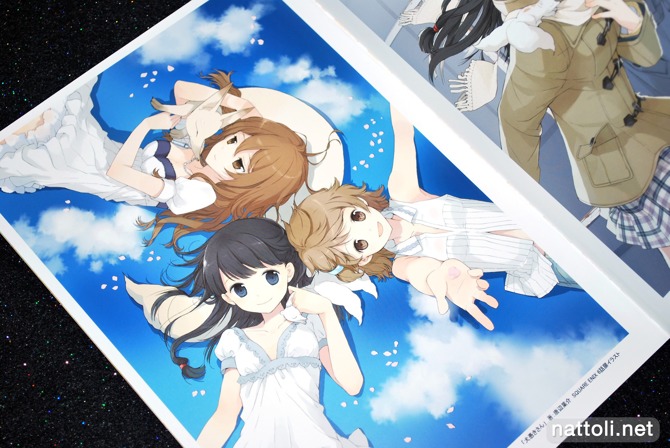 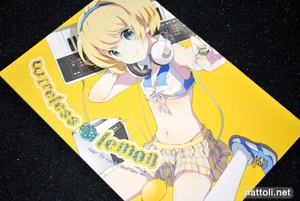 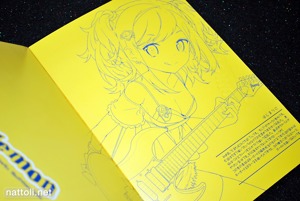 As with Lime Live Louder, the cover for Wireless Lemon is newly drawn with raised title text that has a holographic finish. Though it's slightly shorter at 28-pages---which includes the covers---even the inside covers are used for art work. As with the other book, a less cropped version of the cover art work is repeated on the back inside cover.

Not all of the illustrations are series related. The CD art works for Michibiki no Harmony (導きのハーモニー) and Oto no Compass (音のコンパス) are included along with the guest illustration Tiv contributed to CUTEG's Sweet Impact released during Comiket 77. 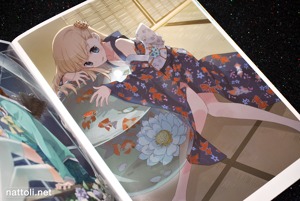 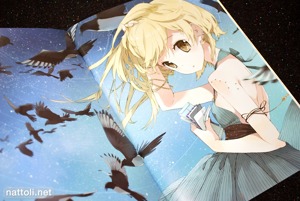 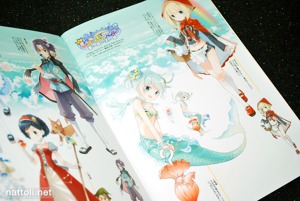 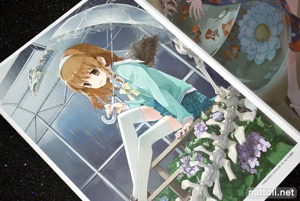 Another guest illustration that was included was Tiv's contribution to H2SO4's summer Comiket 76 release The World of M. While the original publication was just a postcard, the same illustration receives a two-page spread in this book. The original illustration Tiv did for Megami Creators Vol. 16 is also in Wireless Lemon along with fairytale themed illustrations for an online game. 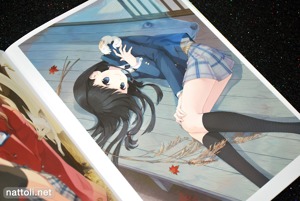 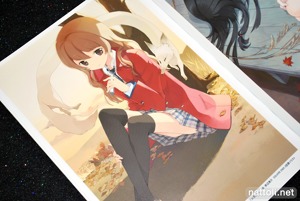 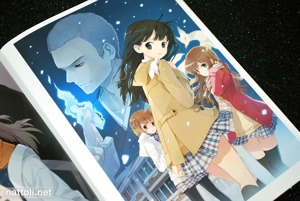 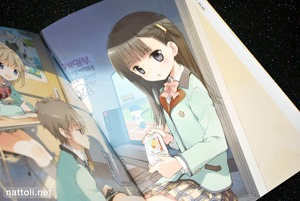 A total of six of the illustrations are from Inutsuki-san (犬憑きさん), a light novel for print and online from the Square Enix Web Magazine Gangan Online. Each illustration receives a full page, and most picture the girls with their spirit animals.

The book finishes with a two-page spread Ragnorok Online illustration, and two pages of tiled works from Azukete! Jikan Ginkou (あずけて! 時間銀行 ご利用は計画的に). And the closing illustration looks like a tribute to traditional media artists ^^ For the most part on auctions, Wireless Lemon and Lime Live Louder are sold as a set though I did see one shop selling them separately. Either way, it's definitely a great collection to get if you're a Tiv fan, you would have had to collect quite a number of other books and magazines to have even seen half of these illustrations before!

It's more like one book with two covers! I guess presentation is better that way. You get one good book and one crappy sketch book!

I really like the idea of separate for art and color! I think more artists should do it!