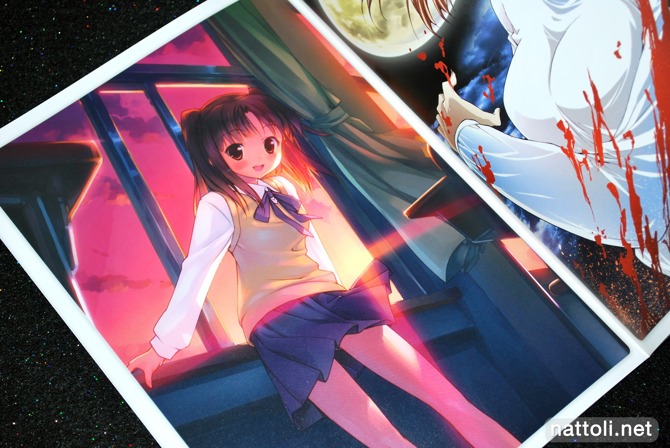 Released by Dengeki Daioh for Comiket 78, Shingettan Tsukihime Illustration Anthology Clair De Lune brings together the works of 30 artists, all illustrating characters from TYPE-MOON's Shingetsutan Tsukihime. These tribute illustrations range from stunning to mediocre, but it's that kind of variety that makes anthology collections worth it in my opinion. 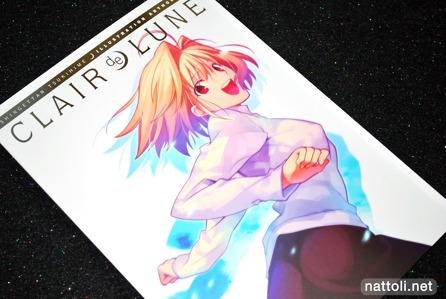 Clair De Lune is B5-sized, soft cover and 36-pages when counting the covers. The cover text has a metallic finish, which makes it look a little more polished. The cover art is newly drawn by Takeuchi Takashi, the official character designer for Shingetsutan Tsukihime.

With so many artists, you have to expect a lot of different styles, with some that fit the characters perfectly and others that just look wrong ^^; The book starts out with a mix of known and better-known artists, starting with Chihiro Aikura (逢倉千尋) and Aida Takanobu (会田孝信) with illustrations of Akiha Tohno. I expected to see a surplus of Arcueid fan arts, but was glad that other characters made it in too. Hajime Ueda (上田ハジメ), artist for the FLCL manga and Bakemonogatari ending also did an interesting illustration for Ciel. 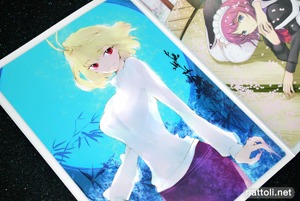 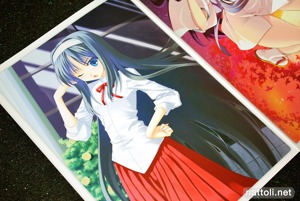 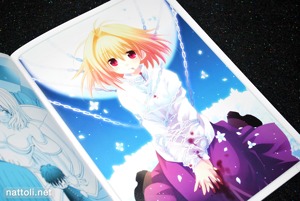 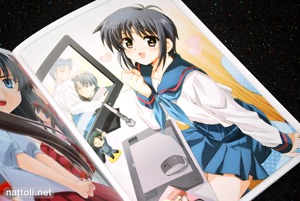 Some of the bigger name artists are pictured above. Loveless illustrator Yun Kouga did this rendition of Arcueid, while Naru Nanao's other half Kokonobi illustrated this Akiha Tohno. Naru Nanao also has an illustration in this book, but it was surprisingly lackluster. Above, second row are illustrations by Izumi Sakurazawa and Nogizaka Haruka no Himitsu illustrator Shaa (しゃあ). 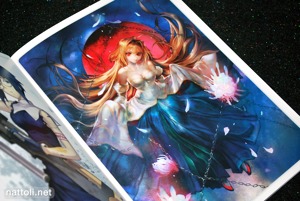 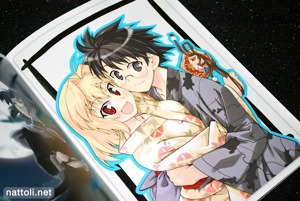 Not every illustration (or artist for that matter) is going to be included in this review, but I think this provides a better idea of what to expect from this anthology since it can often be hit or miss. The lovely illustration of Arcueid above is by Tomatika, and the one on the left is by Yasuyuki Tsurugi (剣康之) who has a couple of art books published despite that style... 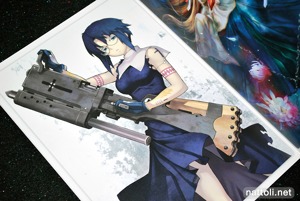 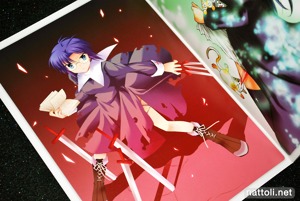 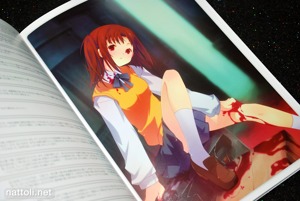 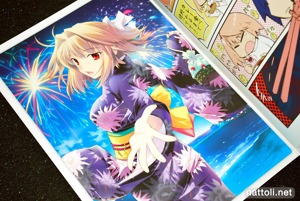 Ar Tonelico artist Nagi Ryo illustrated the tough looking Ciel above, while Ef: A Fairy Tale of the Two manga artist Juri Miyabi illustrated the adjacent Ciel. Ruroo's bloody version of Satsuki Yumizuka shows off a completely different aspect of the character not present in Takoyaki's cute version pictured in the opening photo for this post. Takuya Fujima (藤真拓哉) illustrated the Arcueid in yukata above, which initially didn't even strike me as his style.

For a full artist list, you can check out the Dengeki Daioh C78 page. The last couple of pages are taken up with artists' comments. While I really loved some of the illustrations, I felt a lot of them were just kind of there. Given the incredible cast and style of Shingetsutan Tsukihime, I kind of hoped this collection would lean towards the dramatic, like in Tomatika's illustration. But even though that's not the case, at least the illustrations are still quite well done on the whole ^^

I held off buying this one because I dont like compilations of artists in one book but now I see inside I think I'll try get it ^^;

I really feel the same way about doujinshi compilations, I've been burned so many times by those... Some win, but most make me wish I'd saved my money :D

Argh the artists names are all images on that artist page! I hate it when they do that! Is there a text list somewhere?

They're on the Dengeki Moeoh blog in text! ;D