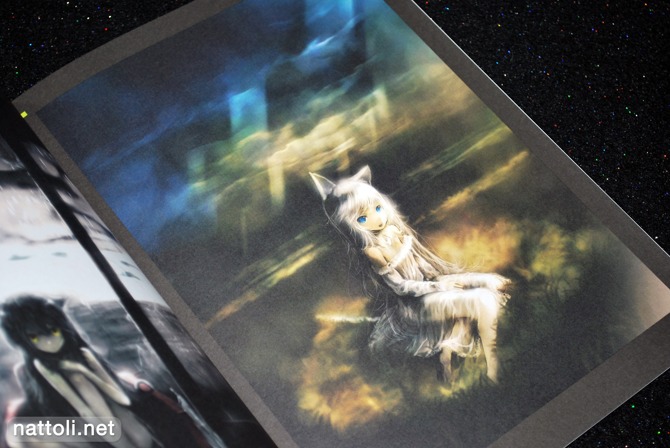 The sixth volume of KEI's illustration series, Ga (画) was released during Comiket 78, continuing KEI's tradition of full-color illustration releases. The usual content is present in this volume; a little from Vocaloid, a little from Touhou, some original works and various fan arts from popular shows and games. KEI's painterly style continues to impress, although a slightly more anime-style is appearing in these volumes more and more. 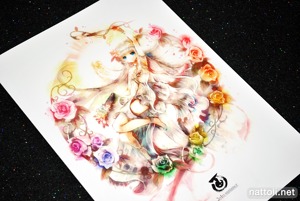 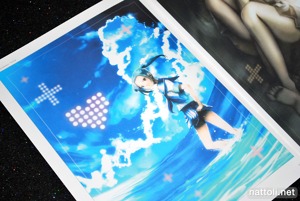 Ga (画) Vol. 06 is B5-sized and 24 pages including the covers. The printing style is identical to the last three Ga (画) volumes published, with the same textured pages that make the dark colors slightly less dark, but soak up the ink in such a way that the printing looks seamless.

As you can see, there's a lot of fan art in here. Also, you can really see KEI's anime-style in the Azunyan from K-on! illustration above. I don't like it as much as the usual painted-look, but it's good to have variety. Taiga from Toradora! in her other school uniform makes another appearance in this volume of Ga (画), as she was also featured in the Winter 2009 Comiket release Ga (画) Vol. 05. Rinko from Love Plus is also in this volume twice, must be KEI's favorite. 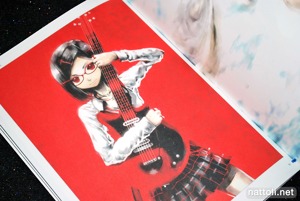 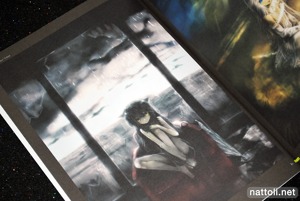 While most of the illustrations receive a full page in this book, there are two pages of tiled illustrations, many of which were initially website illustrations. Though Ga (画) Vol. 06 is really more of the same, it's something I've really come to enjoy and at this point I can't really imagine passing on one of KEI's Ga (画) volumes ^^; I bought my copy off of Toranoana, and there are still plenty left for late shoppers out there!

reads review And now I can curse myself for not having lined-up at the KEIGarou booth at C78 even though it was within reach from Tennenseki -.- Also totally agree on the "normal" KEI style VS. his Anime-esque drawing style. Not bad at all, but not as striking unique as the "standard" art by him. May I ask whether any of the art KEI did for the Hello Kitty to Issho! project is collected?

There's no Hello Kitty to Issho :( I was hoping for it in the last volume but it wasn't in that one either. I think aside from buying the merchandise, the only other place I've seen the illustrations are Megami Creators Magazines and Etsu Magazines.