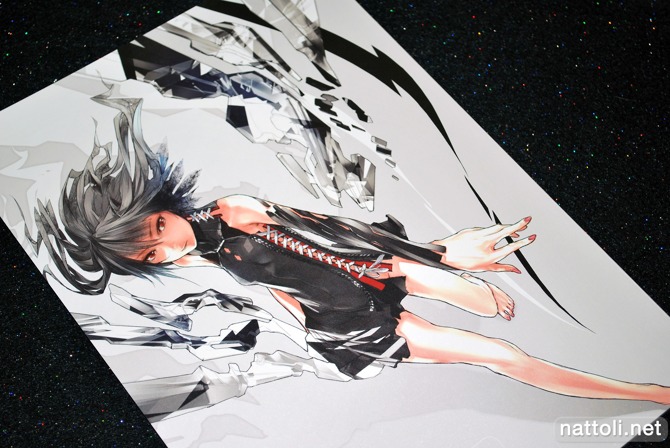 IGNITION - redjuicegraphics works portfolio 2009-2010 was released during Comiket 78 and includes a full color collection of the artist's illustrations from the past year. While Redjuice's releases have been consistently high quality, and lengthier than the average doujinshi, IGNITION tops them all with a full 56-pages of illustrations on an A4, art book sized presentation. 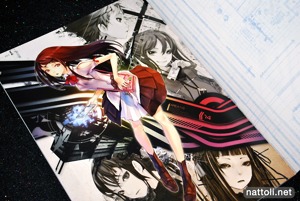 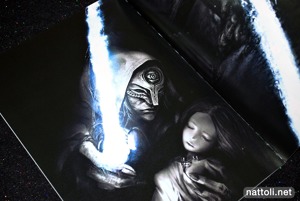 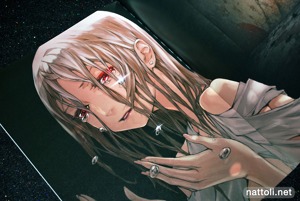 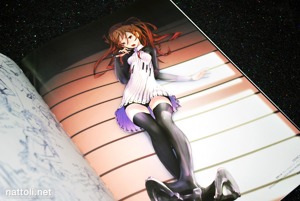 IGNITION contains many of Redjuice's commercial illustrations from the past year, including cover arts for the light novels Pluto O (冥王星O), VEHICLE & (ヴィークルエンド), and Loups=Garous (ルー=ガルー). The three illustrations from Pluto O included are by far some of the grittier pieces, with a slightly disturbing theme.

I think all of the CD cover arts Redjuice did in the past year are included in this collection. If you're the kind of person who happens to buy CDs for the art work, you might be a little disappointed in having gone to such great lengths this time ^^; The cover for EXIT TUNES PRESENTS Vocaloanthems, which by the way hasn't even been released at this point, is included along with the other recent Supercell releases. 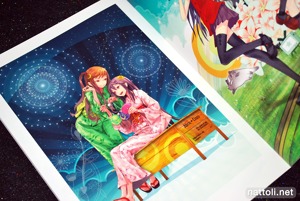 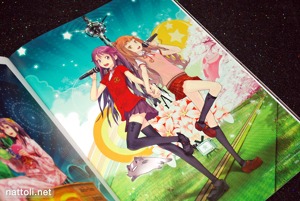 The colorful illustrations above were originally drawn for the first and second issues of SONY's Listen to Animated Music Magazine (リスアニ!). Once again, the kind of stuff that (along with the great cover art) I would have bought the whole magazine for, but in the end I'm glad I didn't! 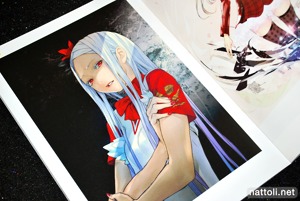 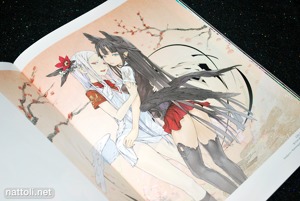 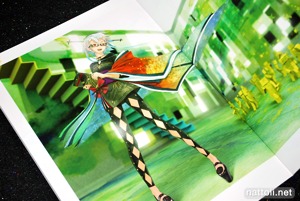 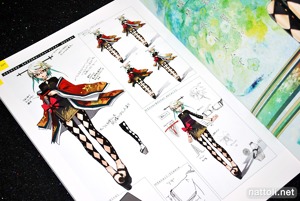 I actually did buy a couple of magazines in part because they were showcasing Redjuice's art work. For instance, the top row illustrations above were from the Spring Issue of Gelatin Magazine, although the one on the right was given away as a postcard when you ordered through Wanibooks. The illustrations on the second row are for a custom character named Hoshino Shizuru which you can watch being drawn online.

The three poster illustrations that appeared in Dengeki Daioh GENESIS volumes 1 through 3 are all included in here too. Luckily, I did buy those for the other artists that were in it as well, and thankfully, Kishida Mel's posters weren't in his Comiket 78 release ^^ The illustrations that Redjuice did for Let's Make ★ Character CG Illustration Technique Vol. 03 are also in here, along with the drawings of Darth Wooser and friends that were done for group C78 releases called DW and Mirror Twins. 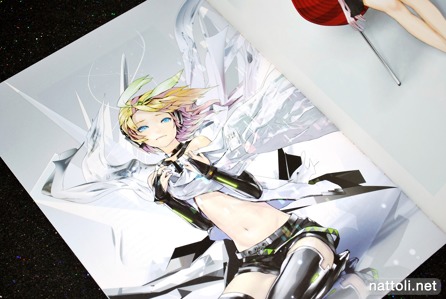 IGNITION is a really great collection of Redjuice's illustrations. You might be a little miffed if you purchased some of the various books, CDs and magazines specifically for his work, but in the end it all works out as you would have had to spend a ton to get access to even half of the illustrations in here. I grabbed my copy off of Toranoana, and they're still available... for now!

Redjuice's works are to die for ; A ; ack, another toranoana only book orz;; Its hard for a foriegner to buy off this site ;;; Just how do you get your books from toranoana?

Since I can't buy directly from Toranoana, I use a deputy shop, usually Crescent-Shop or Goody-Japan. Both sites have forms where you write down what you want to order, and then they buy if after you pay them for the items + commission.

Redjuice never fails to impress! This looks like a freaking awesome book!

I'm really liking this guy's style. Definitely adding this one to my 'to buy' list. The commenter below makes me wonder if I'll be able to find it in the US though, online or otherwise.

If you're not purchasing a lot at one time, then eBay might be the way to go, though not at the moment. I only see it listed for $50+. You could purchase it via deputy shops for less than that. Also, Animebooks stocks doujinshi from time to time, I wouldn't be surprised if they would listen to requests on it, since they have stocked redjuice in the past. Worth a try anyway!

Sounds very tempting..one question though - is there any of redjuice's Bakemonogatari art included? Because then I'm sold on it >_<

There's no Bakemonogatari art in this one, but there was some (of Shinobu) in redjuice's C77 release titled EXT.

I got my copy of Ignition last week. I really liked that illustration of the girl with a dress made of roses

I got this one at C78, its pretty good (Though the RubiconHearts backissues squee still rank as #1 buy at C78...can't get over the size of those suckers). I like that Redjuice can change up his styles pretty easy. I'd say my favorites from it are the first few "dark" illustrations and then the landscape illustrations he did.

BTW, did your pack of stuff from C78 include Range's latest book? That has some really nice illlustrations as well that I hadn't seen till I went to an exhibition/live drawing where they had some of his stuff on display.

I did get the latest Range Murata doujinshi, glad to have full color release. He's got more than enough for a real art book at this point.

I still have nowhere to shelve those oversized RubiconHearts books, they're sitting in a dark closet at the moment ;_;

Funny you should mention shelving. How do you store your doujinshi anyway? Before I left Japan me and my friend bought these B5 and A4 plastic stationary cases which we are storing most of ours in. I had hoped to find some more in the states but apparently they don't exist here. Do you just store them normally on a shelf?

Yes. It's not the best way to store them, and it makes them harder to find since they're thin. I used to do plastic cases, but I didn't like to the look of them, and I found I wouldn't take them out to browse through as often. Currently storing my old magazines in the closet in cases.

Ah ya, I definitely believe you have a point. Where did you get your plastic cases?