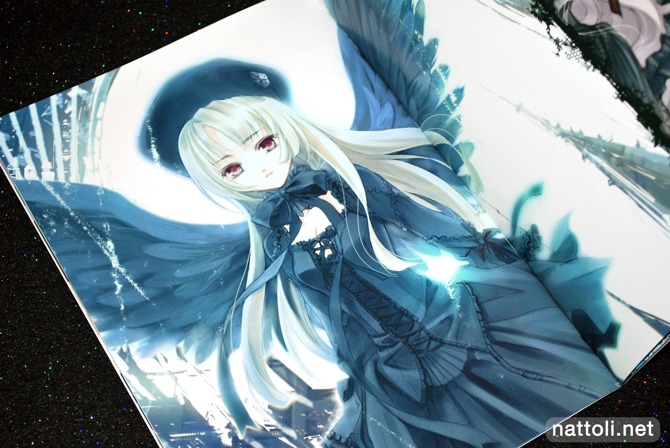 COLORS Gekka Saboh Artworks 2000-2010 is a joint release between Kaya Kuramoto and Asaki Asuka containing ten years worth of their doujinshi publication illustrations. Even though the collection spans such a long time, the illustrations are detailed and high quality through out, not leaving you questioning when exactly it might have been illustrated ^^ 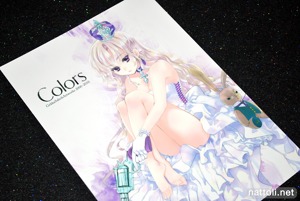 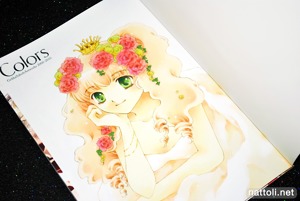 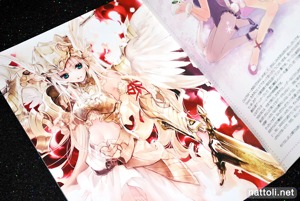 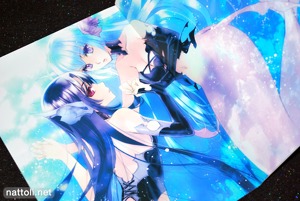 This ten year archive is 56-pages, full color, and B5-sized. While Kaya Kuramoto and Asaki Asuka have a similar drawing style, after looking through COLORS it gets a lot easier to tell them apart, with the biggest difference being in eye style and the fullness of the faces.

Asaki Asuka's illustrations also have an older feel to them, even when they're not that old. I guess the style just looks dated when compared alongside Kaya Kuramoto's style. Though it wasn't intentional, I noticed after organizing these photos that I really didn't take many pictures of Asaki Asuka's pages overall ^^;

The page layouts for COLORS Gekka Saboh Artworks 2000-2010 are pretty bad in my opinion. A little less than half of the page layouts are full page illustrations or spreads. The vast majority of illustrations are presented in an awkward tiled table format, sometimes with other pictures layered on top of them. It's a format often chosen with archive books so that more illustrations can fit into fewer pages, but it never looks good. 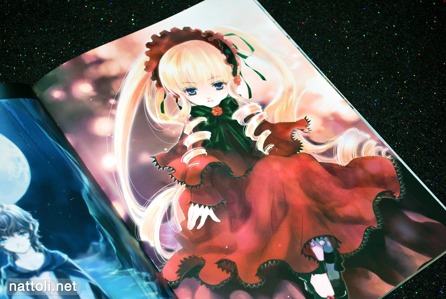 There are a couple of fan art illustrations in this collection, though the vast majority are original works. One of the fan art illustrations features Shinku from Rozen Maiden, with the other featuring a very feminine version of Frodo from Lord of the Rings. It's always unexpected to see movie arts like that ^^;

Even with some bad page layouts, it's still a very nice collection and the high quality printing (with no visible DPI) makes up for the small display area some of the illustrations receive. The index is four pages, but it includes comments from the artists on each illustration. Though this sold out pretty quickly on Toranoana, it's still available on Melonbooks for those of you interested.

While it is too bad about the page layouts, the illustrations in this book are quite gorgeous!

I agree! If you were to just view the images you'd think this book is awesome!

wow beautiful. I wish I could buy this but I can't read Japanese T.T