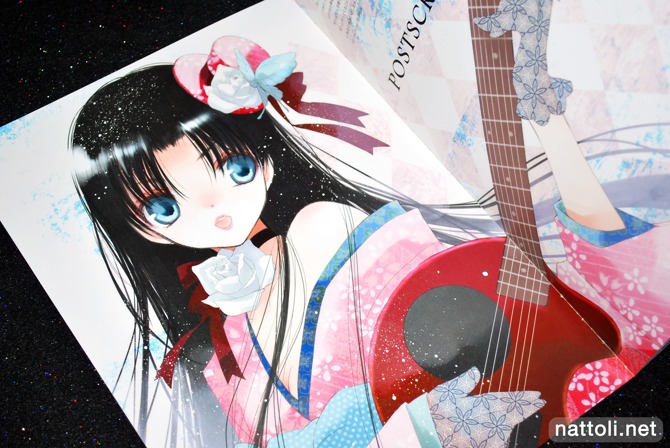 Hato Rami's CONCERT is the other half of her two part Comiket 78 doujinshi release. While STAR★DUST focused entirely on fan art illustrations, all the art works in CONCERT are of original characters. And Hato Rami's original designs are gorgeous as usual ^^ 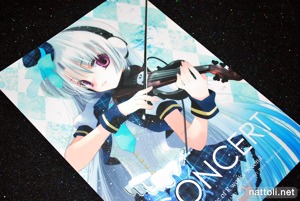 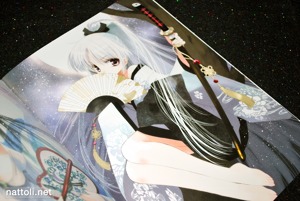 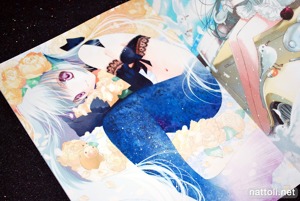 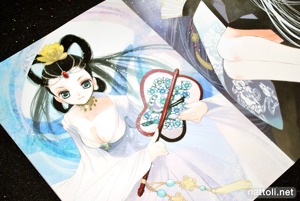 Like STAR★DUST, Hato Rami's CONCERT is also A4-sized, but instead of being staple-bound, it's glue-bound and doesn't have illustrations on the inside covers. Seems like a more traditional approach overall. CONCERT is also the longer of the two, with 24-pages in total when counting the covers. 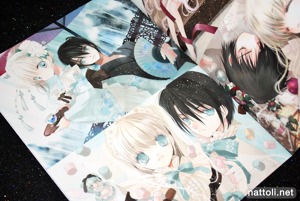 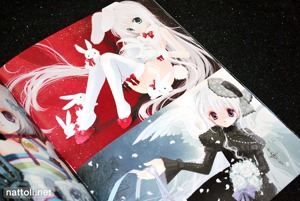 While most of the illustrations received a full page publication, there were three pages like the ones above, with a split page display. But as with the other Hato Rami release, the print quality is so high that the images would have looked as perfect at a quarter of the size. Also, only two of the illustrations were two-page spreads. 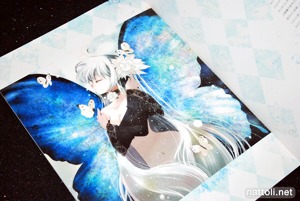 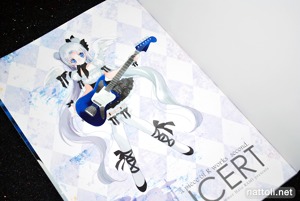 I was quite surprised to see some of Hato Rami's newest illustrations included, one of which was the angel-winged girl with the guitar which was released as a post card set with Plastic Moon's Kazumi for Comiket 78. The other was her CD cover illustration for Eru Project's STILL ALIVE which came out after C78.

I'd say CONCERT was the better of Hato Rami's two Comiket 78 releases, mostly because it was longer and I prefer her original illustrations. CONCERT was slightly more expensive than STAR★DUST, retailing for 1,344円 on Toranoana and it's currently still available, so there is still hope for late shoppers ^^

Can't buy from Toranoana, hoping someone will scan it some day! fingers crossed

Sometimes pictures just get left out after I've uploaded them. No reason...