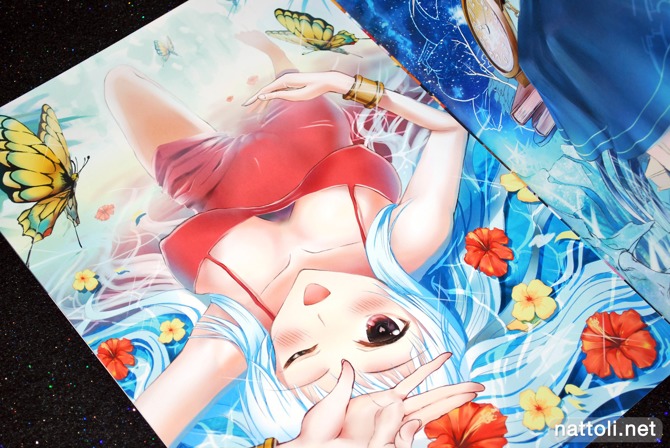 Although Akabane is a relatively new artist and doesn't have a lot of work to her name, her Comiket 78 release RE Concerto the Idolmaster beautifully displays her talents for anyone wanting to look. It's a relatively short collection---just 16-pages including the covers---that focuses on beautifully detailed and fleshed out illustrations of The iDOLM@STER characters. 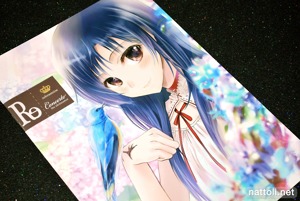 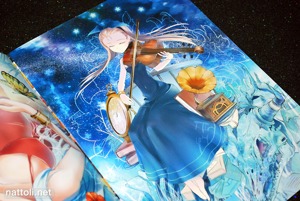 Sixteen pages is usually my self-imposed low limit for buying doujinshi. I occasionally go under it for stuff I'm genuinely interested in, but for the most part I stick to it. But like other doujins recently, Akabane uses what would normally be the first page and last page for credits and a figure paint-y rainbow. I was looking forward to more character illustrations, but in total there are only 9 illustrations when counting the front cover. 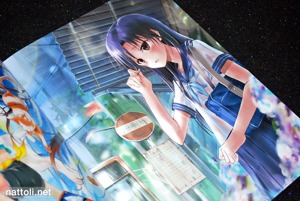 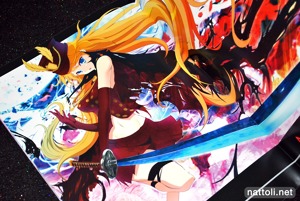 But on the upside, that feeling of wanting more is a result of Akabane's illustrations being so eye-catching. Two of the illustrations are page spreads, which look great in the A4 resolution. Although, one of them looks to have been printed from a digital source that was too small. I would think most people wouldn't notice that kind of thing or be bothered by it though. 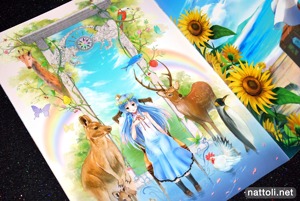 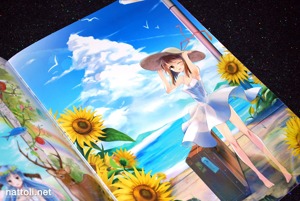 I especially enjoyed how strange all the settings were. Normally, The iDOLM@STER characters are placed in everyday settings, or concert scenes. In Akabane's collection, we have everything from dragon bones to kangaroos as backdrops. RE Concerto the Idolmaster turned out to be pretty nice overall, especially considering this is only the artist's second doujinshi release ^^ It's also still available on Toranoana and Melonbooks as tends to be the case with artists who aren't as well known...yet.

ok, this artists knows how to paint and color, but the characters and line art is awkward to me. well atlest, this artist doesnt stick to generic poses that they can draw in their sleep

I'm beginning to feel that 16 page mini artbooks are starting to look worth it! With so little to fill it's always seems to look like quality.