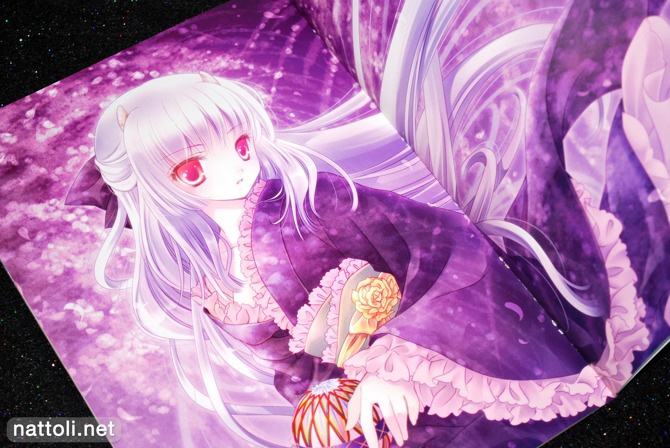 For Comiket 78, Miyu released another installment in her visual book series, Mitsu*Mitsu, featuring a collection of all original illustrations. While Miyu isn't that well-known, she has been one of the contributing artists for Etsu Magazine's themed galleries, which later go on to be in the volumes of Girls Girls Girls! Illustrations books. She actually had one illustration in the most recent book. 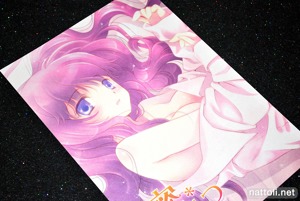 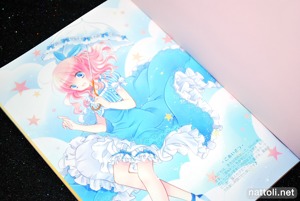 Mitsu*Mitsu is B5-sized and 24-pages including the covers. The covers have a shimmering finish, but the cover illustration is repeated inside without any image overlap or special effects like it has on the cover. Like with other Miyu collections, there are plenty of illustrations of girls in ruffled dresses and lolita styles. 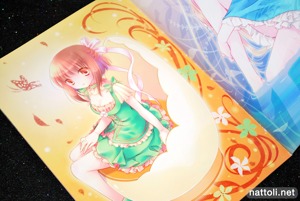 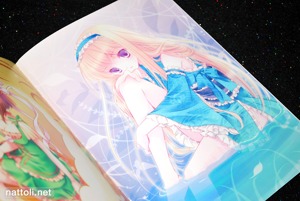 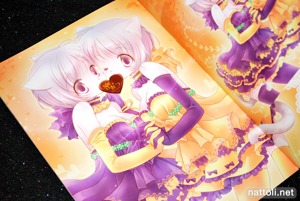 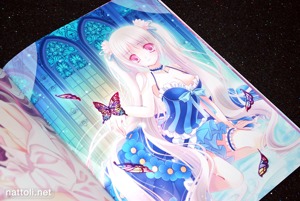 There are more color illustrations in this book than were in her last two Comiket releases, which both only had 8-pages of color illustrations. Mitsu*Mitsu has 12 in total, with a couple of two-page spreads. So for the most part, illustrations are printed full-to-page. The clothing details in these are just beautiful, and I love the wa lolita style that Miyu has been dressing her characters in more and more.

The last six pages of the book are in black and white, and feature sketches along with grayscale art works and Miyu's commentary on each illustration. In previous volumes, there were a lot more monochrome illustrations, and not just gray-scaled color ones, so I do miss that. But seeing as how the trade off was more color illustrations, I think I can live with that decision ^^ Mitsu*Mitsu is still easy to get, with copies available on both Toranoana and Melonbooks.

I thought this had more color in it, glad I held out.

Hehe, though I know that feeling, I didn't have it for this doujinshi :3