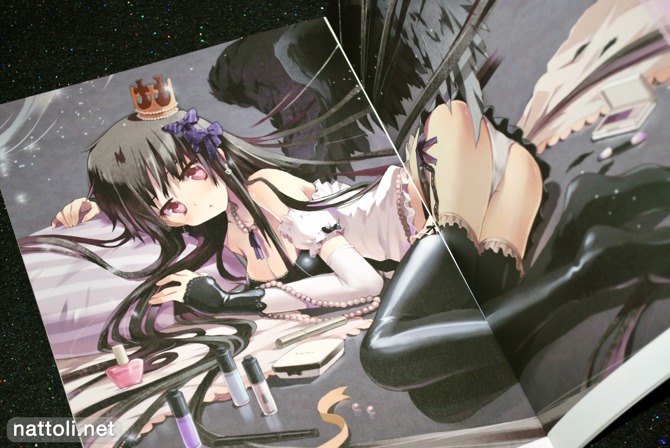 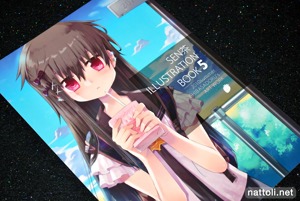 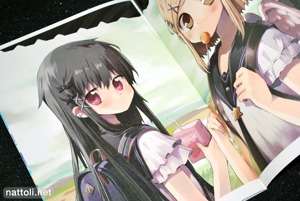 I wouldn't guess that Chiba Sadoru's art work is all that familiar, but he did have an illustration in last year's Moeru Japanese Sword Girls and has another in this year's Moeru Classic Heroine Collection, featuring illustrations of literary heroines by a variety of artists. Commercially, he's also done the art work for a few light novels with the most recent being Royal☆Little Star (ロイヤル☆リトルスター). 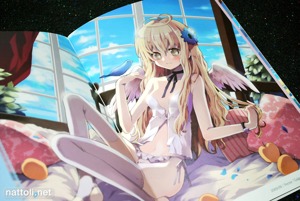 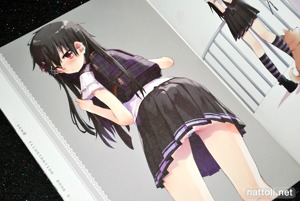 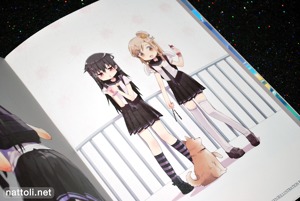 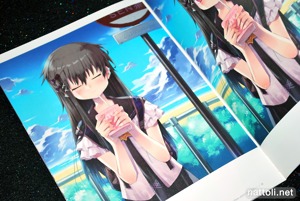 The first half of SEN茶 Illustration Book 5 features the school girl characters pictured above, illustrated for Gangan Online. The angel versions of the two girls were done for Galge.com as original wallpapers and were the preview images I saw that decided to make me go for this doujinshi ^^; 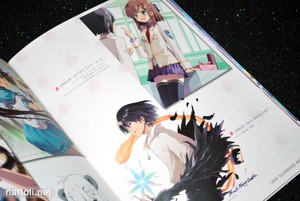 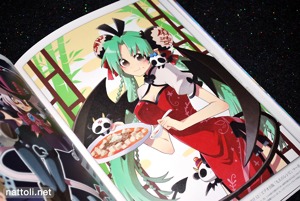 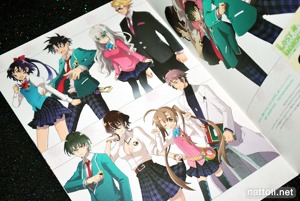 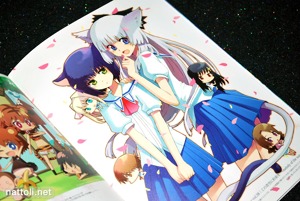 The illustrations in the second half of the book have a much different feel to them, with a less painted coloring style, and more simplified, less sketchy line art. It's interesting to see too just how much changing the eyes can change the whole style. If I was just going on the illustrations in the back, I probably wouldn't have bought this. But luckily that was Chiba Sadoru's style circa 2007, as the art work is all dated in this collection. For me, he's definitely an artist to move forward with instead of collecting older SEN茶 volumes.

WHAT, HOW DID I NOT SEE THIS BOOK BEFORE!!!