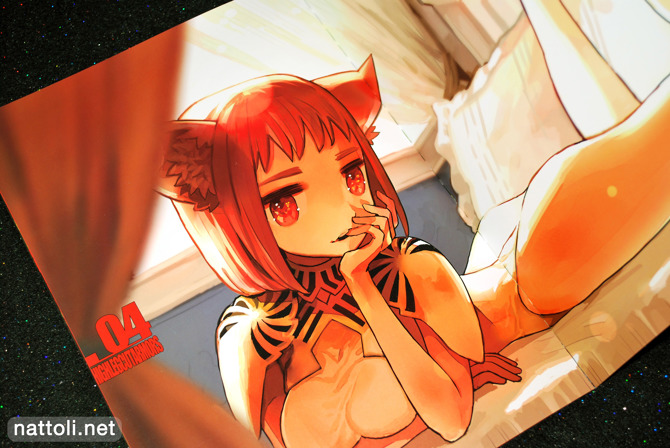 Rco Wada's latest illustration doujinshi High Leg Cut Armor was released during Comiket 78 and features all new works with an armor theme. Many of the art works have an interesting take on the theme, and don't focus as much on creating beautiful girl characters (unlike the cover art work). 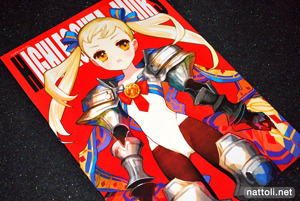 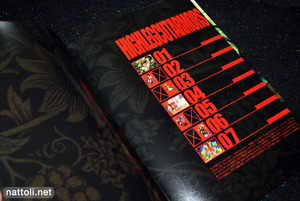 Of course, you can't measure quality in just numbers, and Rco Wada once again delivers a rather eclectic collection of character designs that manage to fetishize leg armor, which come across as very thigh high-like in the illustrations. Though the blonde girl on the cover is unquestionably a beauty, the girls inside vary from tough to faceless. 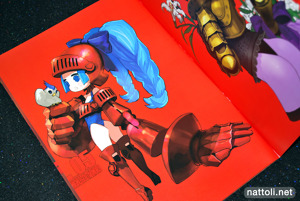 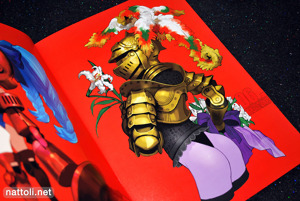 Rco Wada provides a commentary for all the illustrations on the last page of the doujinshi. If I didn't like the art work so much, I figure I would have been a lot more disappointed with the release. But Rco Wada's High Leg Cut Armor served as a refreshing change from many of the other Comiket 78 releases I'd been browsing with a style that is all her own ^^

Got it thanks to a good friend and I was really disappointed by this doujin. The only highlight to me is the cover and the first illustration.

Yeah... it's for publications like this that I can't help but start to get a bit cynical about the increasingly commercial direction of doujinshi. More color collections are being released, but with fewer images more times a year. If you've only got 5 or 6 new illustrations, save it for another release rather than participating in several conventions like Comiket, Comitia, and Sunshine Creation with small releases that still all cost the same amount.