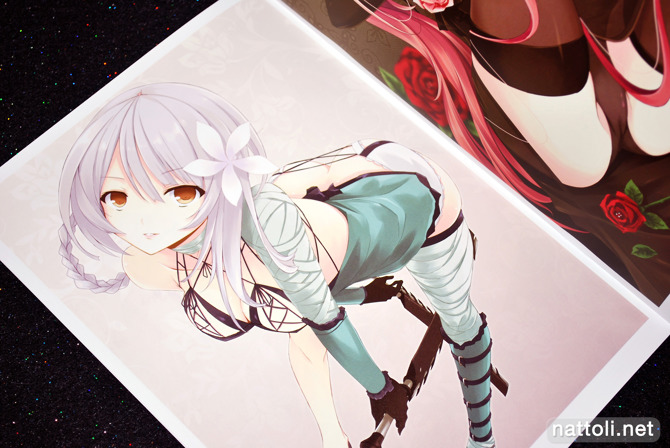 Mikoto Akemi romanizes his name as Miko&Akemi in his Yellow Avantgard publication Kick-Ass, from Comiket 78. But! Dragon Magazine writes it as Mikoto Akemi, and as it gives everyone a better idea on how to pronounce it, I'm going to stick with that. So on this occasion, Kick-Ass is not a film, but in fact a full color illustration fan book collecting works from K-On!, Angel Beats!, Durarara!! and others. I just noticed exclamation marks have become quite the trend for anime titles... 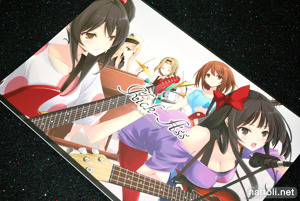 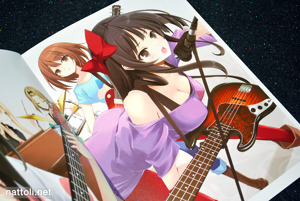 Kick-Ass is B5-sized and 16-pages when counting the covers. It's staple-bound, but well-made overall with high frequency printing and glossy pages. The cover illustration is repeated inside as a spread without any text. And on first glance, the opening page might look like a cropped part of another illustration, but it is actually a stand-alone bust and guitar shot ^^; 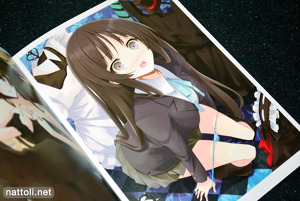 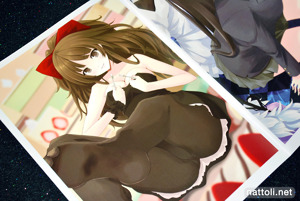 Mio from K-On! gets the most love in this collection. Aside from the cover illustration where she's part of the group, there are three individual illustrations of the character. You end up with Mio in K-On! the first and second season's ending clothing, along with a school uniform version of Mio. Also, and this is kind of random but I don't think I've ever seen an artist illustrate the hair partition, but Mikoto Akemi seems to do it quite a lot, even when there isn't much else going on in terms of hair detail XD 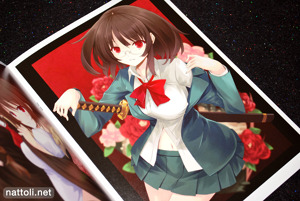 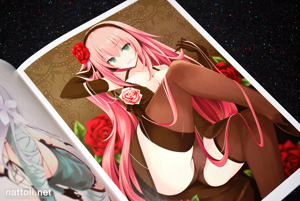 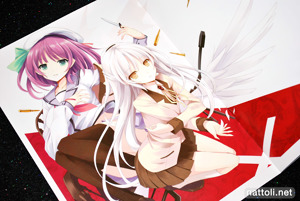 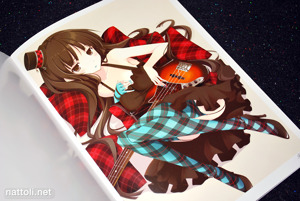 The only other series to garner multiple pages in Kick-Ass was Durarara!! The remaining fan arts were Vocaloid's Megurine Luka, Tenshi and Yurippe from Angel Beats! and the lead girl from the game Nier. Kick-Ass turned out to be a pretty nice release overall, that was for me knocked up from "slightly above average" due to its focus on newer series and K-On! ^^

Looks like a nice book, Akemi has a lovely art style.

100% agree, totally looking forward to getting this!