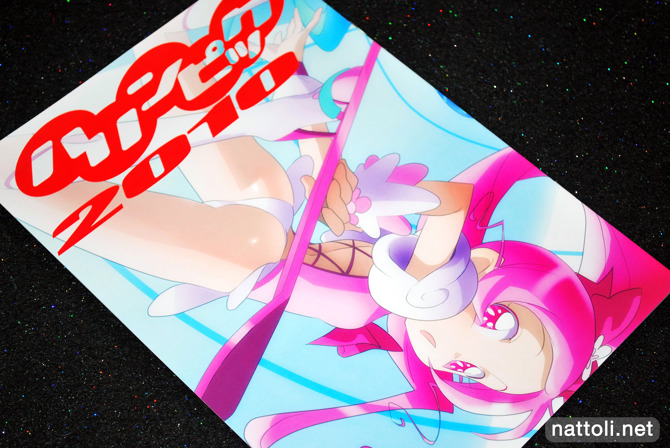 Harinpikku 2010 (ハリンピック2010) which by the sound of that title and the sports theme of the images, I'm assuming to be a play on the word 'olympic.' But it could mean anything! The collection features anime girls you should recognize from shows like K-On!, HeartCatch PreCure!, Darker than Black and a few others, all wearing the undergarment that Nadeara Bukichi is famous for. 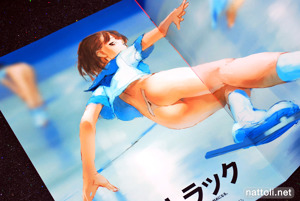 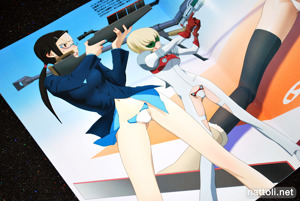 Though it's a small B5-sized collection at 16-pages, this Z-Vector release is full-color and makes use of the inside and outside covers for illustrations without any repeated works. The girls from Love Plus make an appearance again as ice skaters, they were also in the Comiket 77 release (0.0.0)(0.0.8). 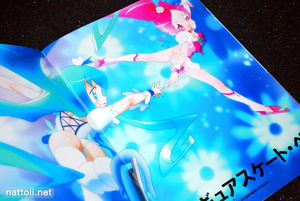 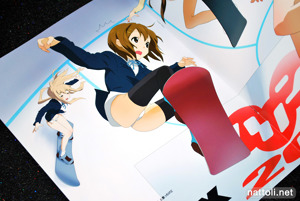 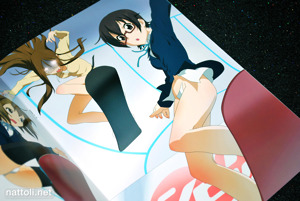 One thing in particular about Nadeara Bukichi's style is the way she stays true to the anime character design. It doesn't feel like it's been adapted into her style with the finished illustrations, they almost look like official works, especially with the HeartCatch PreCure! art works in this book. The K-On! illustrations are pretty spot-on too and feature the often overlooked Nodoka Manabe in a couple of illustrations. 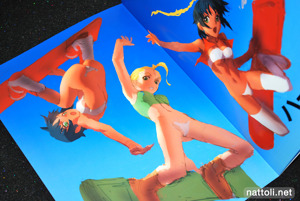 Finally, Harinpikku 2010 features a couple pages of Nadeara Bukichi's favorite characters to draw; Yomiko Readman from Read or Die, Cammy from Streetfighter, and Nadia from Nadia: The Secret of Blue Water. A few of the illustrations have a much rougher finish, but the majority are polished works. Harinpikku 2010 feels a bit more like filler than her Comiket 77 release (and Comiket 78 for that matter) so it's worth a pass from the average collector unless you really saw something you liked! Which is something I could say about everything really... ^^;

VERY nice find, thank you for the review!

Thanks, glad I passed on this one >_>