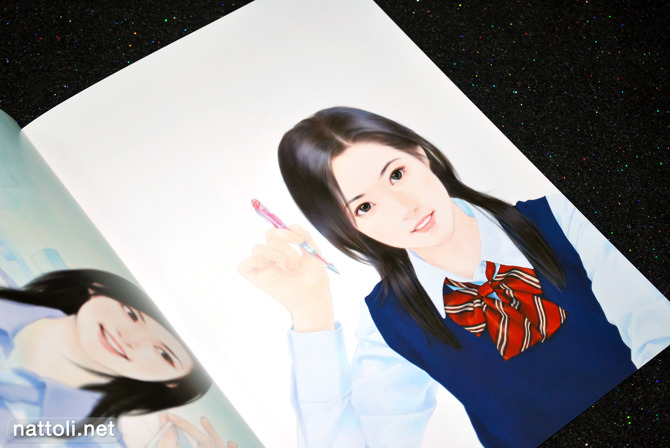 P+F is B5-sized and 28-pages counting the covers. The book is more color than monochrome, but the black and white line arts occupy eight pages in total. The photorealism of Ping Fan and Chen Shu Fen's art work really sets it outside of the anime and manga style that you would expect to see in doujinshi, and yet the perfection of the girls maintains the feeling of fiction.

When you look at the line arts of the girls in the back of P+F, you can really see how much of the style is refined and ultimately changed through the coloring. The line arts remind me of Eguchi Hisashi's illustrations, where faces are simplified to the point of being cartoons, but still retain the details that make a person readily identifiable; Eguchi Hisashi in particular illustrates a lot of celebrities. 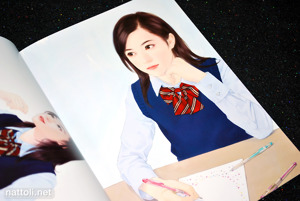 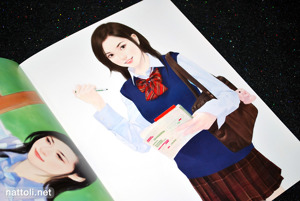 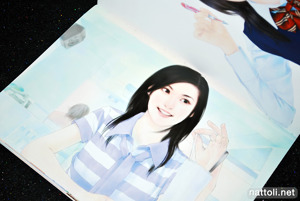 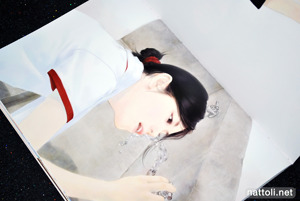 As beautiful as the illustrations are, several of the landscape works were too small for printing to a full page so you can see the jagged lines and signs of upscaling, unfortunately. Due to the painted style of the works though, it's not as noticeable as it would be if they were in a more defined anime style. I did enjoy the variety of expressions used in the illustrations, it really makes the girls seem much more alive. 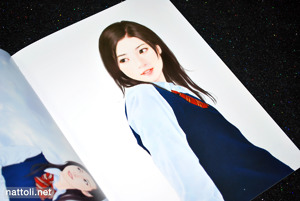 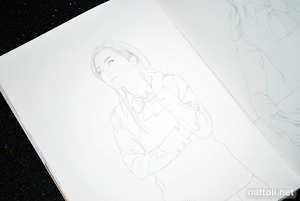 The cover illustration is repeated in the book, with the line art from it pictured on the back cover. Even though it's not a preferred art style for me, P+F Ping Fan & Chen Shu Fen Illustrations still manages to gather some really impressive works from a unique duo of artists we'll no doubt be seeing a resurgence from ^^

I didn't realize chen shu fen even had anything new out! I'm so behind the times

Ugh, too samey for me, each page, I don't know if that's on purpose or not but it just screams pass to me.