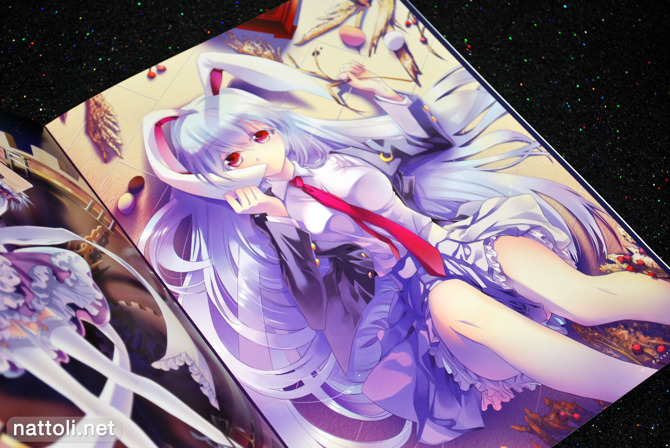 My Favorite Girls is a full-color illustration collection of Touhou character works by Korean artists Nyanya and Cu-rim. Though I purchased this because of Nyanya's involvement, I quite like Cu-rim's colorful style as well. For Nyanya, this was one of two books that she participated in for Comiket 78.

This staple-bound book is B5-sized and 20 pages when counting the covers. The cover art gives you a quick visual summary of what artist is drawing which characters, with Nyanya's works on top and Cu-rim's at the bottom. They both illustrate the same number of characters, but Cu-rim has one less illustration technically, because one is a two-page spread. The first illustration for each artist is pictured above, and as you can see, both artists excel at illustrating the ruffly, colorful costumes that the character designs demand. 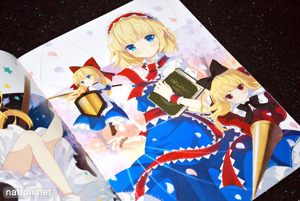 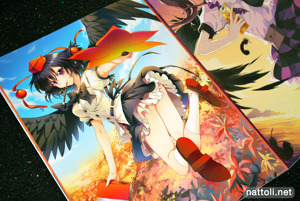 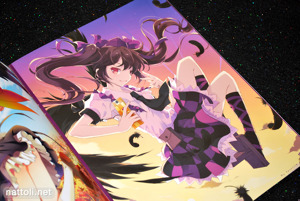 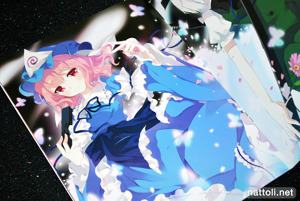 In a lot of ways, Cu-rim and Nyanya have very similar styles, but they both distinguish themselves when it comes to illustrating the eyes and also in their respective coloring styles. The eyes on Cu-rim's girls seem overly round when compared to Nyanya's, but the coloring style gives a lot of depth to the illustrations, making Nyanya's seem flat by comparison.

Both artists did a great job overall in depicting their favorite Touhou girls, though Cu-rim's illustration of Izayoi Sakuya and Nyanya's Hatate Himekaidou in particular stood out to me. My Favorite Girls is still available on Toranoana, retailing for 735円.

Well, I don't have this one but it looks pretty well drawn. Maybe it would have looked better if they didn't have a mix of drawing styles.

It would have been nice to see 20 pages from each artist at least!

these korean artists are getting pretty good

i love what u have i am new and i would like to coment haha!