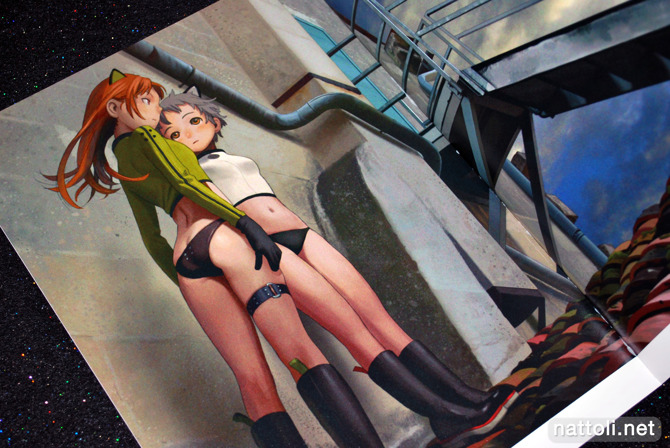 Range Murata's most recent doujinshi publication is the Comiket 78 release, Glass Tile, whose name describes the photograph that spans across the front and back covers of the release. As with his other more recent doujins, it includes illustrations drawn for ROBOT along with Kikan S Magazine posters and other publications.

Glass Tile is an A4-sized, full color collection that's 26 pages when counting the covers. A cellophane paper separates the first page from the inside cover, more for aesthetic purposes than anything else. The printing is very high quality with no visible printing dots, but some have a bit more color noise than others, though it seems to be intentional on some works. 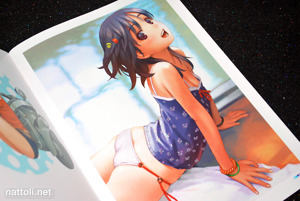 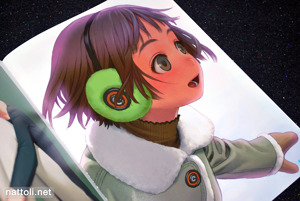 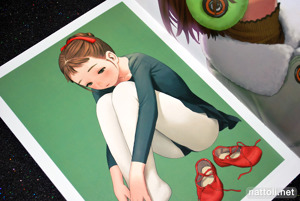 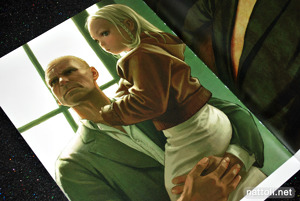 There are some really beautifully realized illustrations in Glass Tile, featuring girls who look like they were meant to be dolls. In contrast, whenever Range Murata illustrates older men, they tend to look almost photorealistic. Above you can also see some of the illustrations that were done for the Futuregraph featurette. 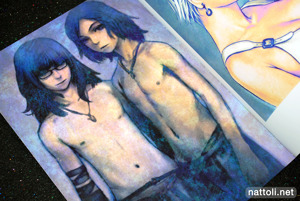 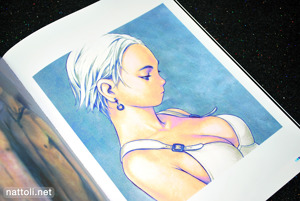 For the past year or two, Range Murata has been experimenting with a dirty textured style on Kikan S posters, like the one above featuring the two young guys. It's interesting because it falls somewhere between his flat colored pieces in the late 90s and his current, more 3D style that he generally practices nowadays. The illustration with the guys above was part of the "trap" issue of Kikan S that also included this cross-dressing young man by Kishida Mel.

These above are more of the traditional style you'd expect to see from Range Murata. I especially love the glossy eyes of the first two girls. There's a surprising amount of detail on the crying girl too, as you can see the defined lashes on her lower lid along with the pink bit next to the white of her eye. The third illustration features a rough version of the lead girl from Shangri-La. 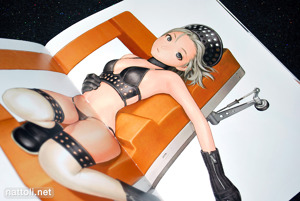 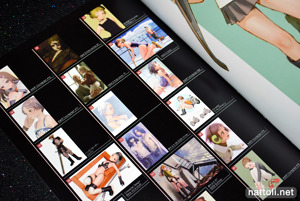 The drawing style of the girl on the couch above readily seems much older than the other works in this collection, and it is; it was drawn for the Character Design Bible Vol. 03 which came out circa 2004. All in all, there are 17 color illustrations, making for a nice gathering of Range Murata's works to hold us off until there's finally another (non-anime) art book ^^;