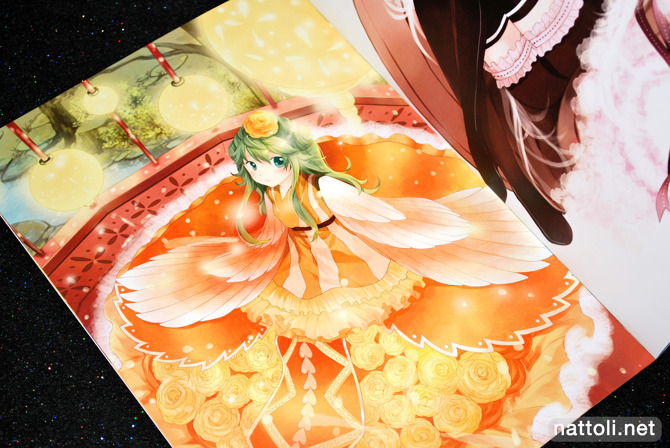 Kaedena Akino's summer Comiket 78 release Hana Koi comes hot on the heels of her last illustration doujinshi, Bubble Light from Comiket 77. And yet, it manages to showcase a real growth in illustration style between the two books. The theme of Hana Koi is of course flowers, and all of the girls depicted are accompanied by flowers and sometimes dressed to imitate them.

I'd like to mention too that, although Kaedena Akino is published under this name, she's apparently decided it had to go somewhere between C78 and now, so her new pen name is Miyabi Akino (みやびあきの). I noticed this while going through the new Moeru iPhone Reader, where she's currently using her new name. I'm just glad I caught on before actually thinking it was someone new XD 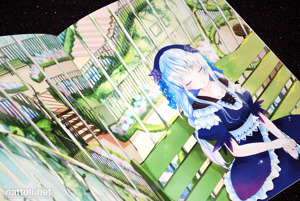 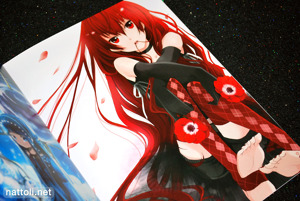 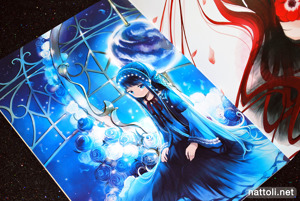 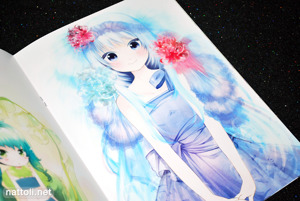 The book itself is B5-sized, staple-bound and 20 pages including the covers. The cover is finished with a canvas texture, making the cover illustration appear slightly painted on. The pages are smooth though, without any visible texture. Borders and text through out the book are pink themed, and when combined with all the flowers, it becomes overwhelmingly girly ^^;

Hana Koi also included illustrations from two guest artists, Yanagisawa Tomoe and Miton, both of whom blend in perfectly with Miyabi Akino's style. 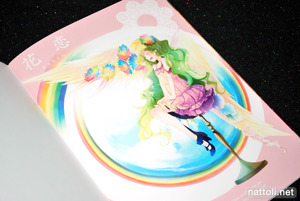 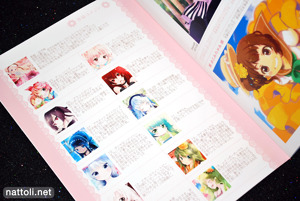 Overall, Hana Koi is pretty but generic, and though I love the vivacity of the illustrations, the character designs are still weak. I would have written the artist off completely after the C77 Bubble Light had it not been for her Etsu Magazine works over the past year. And I would probably be writing her off now if it wasn't for that fabulous cover illustration...