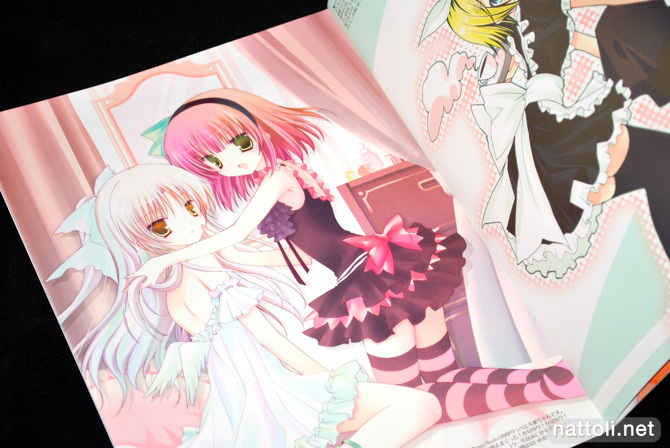 Initially, I thought Bougainvill was going to be by two artists, as it was listed as a co-authoring by Shirogane Hina and Kodama Naoka. But on looking through it, Kodama Naoka only contributed one illustration, so she was more of a guest artist for this collection. Luckily, it was Shirogane Hina's art work that it turned out I was interested in ^^

Bougainvill is a staple-bound, B5-sized, full color doujinshi that's 20-pages when counting the covers. The illustrations vary between fan arts and original works and even manage to squeeze in the (almost) obligatory Touhou illustration. 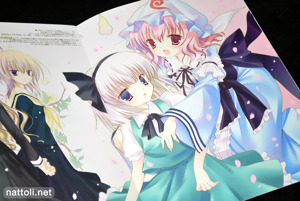 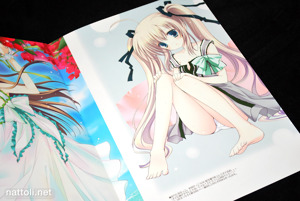 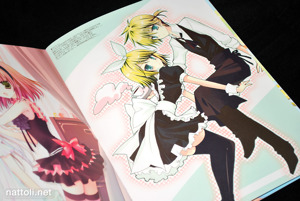 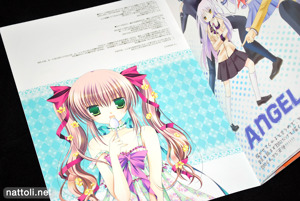 Shirogane Hina works with a very pale color palette, and aside from the cover art, most of the illustrations lack vivacity. Instead, there's a yellow hue overcast to many of the illustrations, something that isn't found on the same digital works, so I can only guess it was a printing error. It doesn't affect the images too much though, as they were already quite pale to begin with. Otherwise, the printing is very high quality, with a clean FM screening. 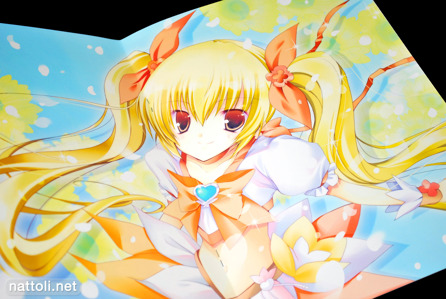 There was no theme to the overall book, and the fan arts included came from Angel Beats!, Touhou, Maria-sama ga Miteru, Vocaloid, and Precure. A fan art of Cure Sunshine received a two-page spread, but you can also find it on Shirogane Hina's Pixiv. 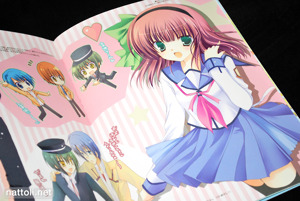 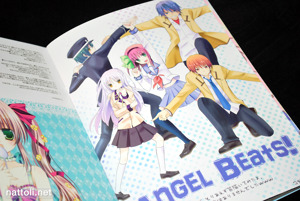 My main reason for trying out this relatively unknown artist was for the Angel Beats! illustrations, the opening art work in particular. The play on Angel Beats!/The Melancholy of Haruhi Suzumiya parody illustration turned out to be the one illustration by Kodama Naoko, but it was also one of the works I had been looking forward to seeing close up. MILK BAR has released another full color illustration book from Comiket 79, and though I bought this one for the fan art, I'm hoping to see more original works from Shirogane Hina in the future ^^

Thanks for the thoughts on this! Was tempted to go for Bougainvill as well, so now I know what to expect. There's something cute about Shirogane's style (blame it on the eyes) that caught my attention. The Kagamine as waitress/waiter art looks neat!

Iam still hoping and always will hope that I can order doujins (NOT those 18+ ones!) directly from cdjapan for example... PLIX PLOX KAMI SAMA T_T