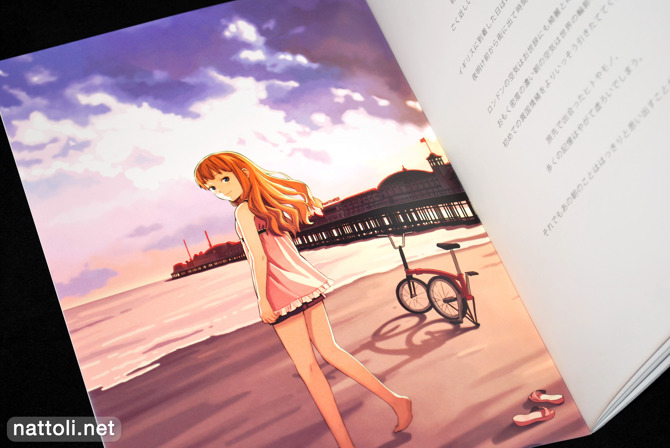 Shoujo Cycle M.O.E., short for Morning on Earth, follows Akatsuki Katoh's original bicycle girl characters that have appeared in several of his doujins as they wake up across the world. The Morning on Earth collection showcases radiant backgrounds, with the special kind of lighting on the characters that only comes about in the morning. 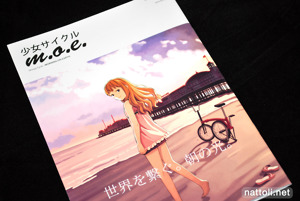 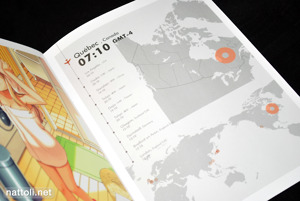 Shoujo Cycle M.O.E. is a staple-bound, B5-sized 32-page doujinshi and it's full color all the way through. Like many of Akatsuki Katoh's doujins, it's basically an illustration on every other page. In this case, the pages without illustrations feature the girls' locations and their GMT.

Impressively, the art work is all new even though the characters are familiar. I bet it's convenient to have a set of original characters to work with, because then you don't have to consider character designs each time you want to do an illustration. Probably especially good for doujinshi artists ^^; Pictured above, location-wise, are Quebec, Los Angeles, and Osaka. 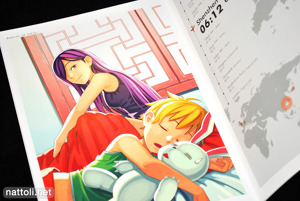 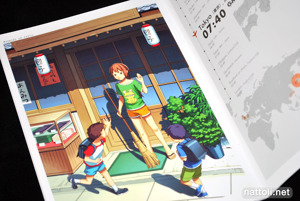 The two girls above on the right are supposed to be sisters, Dahon Mu and Dahon Helios, both "versions" of the Dahon folding bicycle and they're located in Shenzen, China ^^ The girl on the left shows us a morning in Tokyo, Japan. 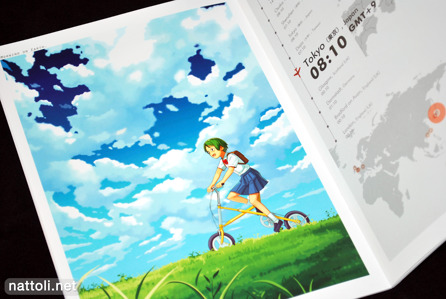 This quite idyllic version of a morning is also a wake up in Tokyo, Japan and the character represents the Japanese bicycle Bridgestone Transit Compact. 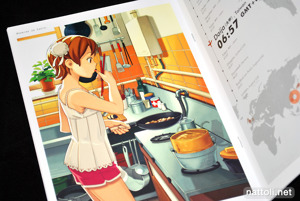 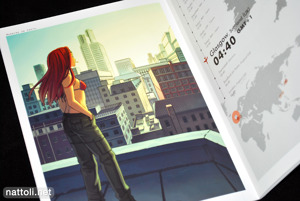 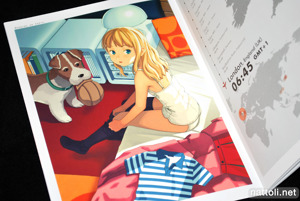 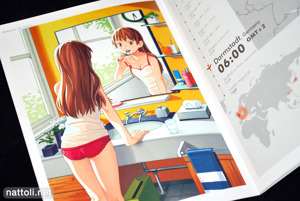 More mornings from Daija, Taiwan to Darmstadt, Germany. On the whole, the theme was really well worked in, with the inclusion of country-specific styles and settings. And it's nice to pick up a doujinshi with all new artworks, doesn't seem to happen as often as it used to ^^;

Interesting idea with the "Moe mornings" ! I think an artbook dedicated to this would be more then great! >:3

Thanks for that! I've added it to the end of the post :3

10 to 1 the first image is based of the Brighton pier in the UK! If so my respects, I know the place very well ;-)

Hehe! It is! I didn't realize he was being so accurate with the illustrations ^^;