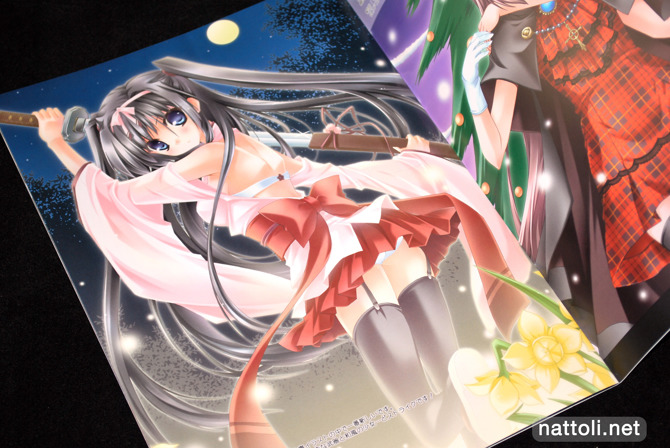 Minase Lin is a regular artist in Ｅ☆２ and her work also appears in Girls Girls Girls! Illustrations art books, but I've somehow missed out on buying a doujinshi from her until now. Star Dust -development- is a full color collection, released summer 2010. Many of the illustrations inside were in Ｅ☆２ Magazine, but this doujinshi has a leg up on the magazine with less text and better quality paper ^^; 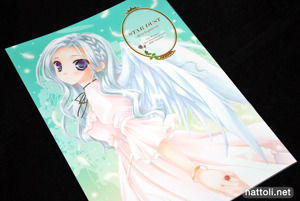 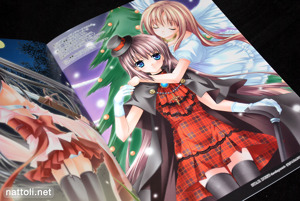 Star Dust -development- is B5-sized and staple-bound, with 16-pages and ten illustration when counting the covers. Though it's on the lean side, the illustrations are very detailed and complete with backgrounds. 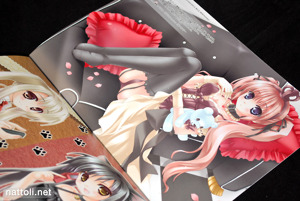 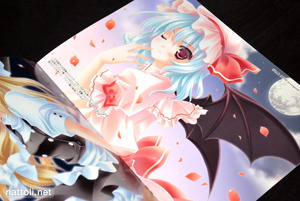 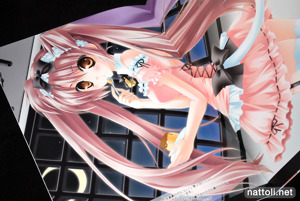 I've noticed quite a trend recently with artists filling their doujinshi with illustrations that they did for magazines over the past year. Kishida Mel, redjuice, Huke, Kouga Yun and probably many more are doing it. It's really making me feel like I should take more of a one or the other stance on buying magazines and doujinshi :P On the bright side, while some of Minase Lin's illustrations were familiar, there were several that I hadn't seen before ^^ 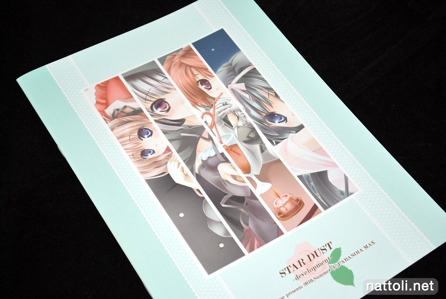 Star Dust -development- is a nice collection overall, though I think I'll just wait for something more substantial from this artist rather than continuing to purchase her doujins. Minase Lin is definitely due an art book at this point!