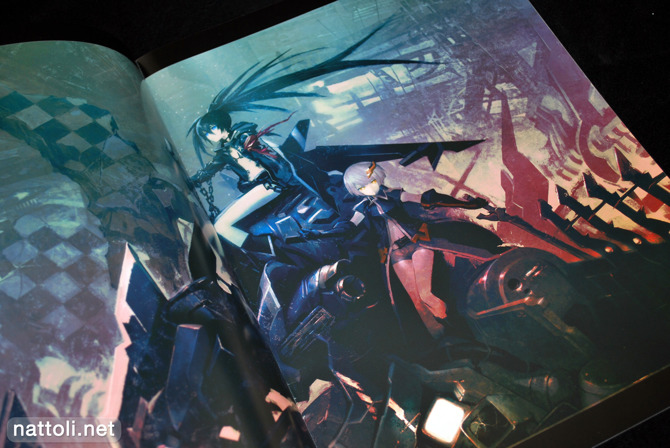 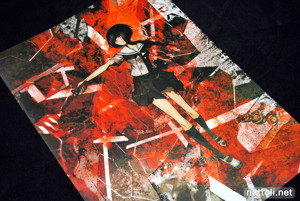 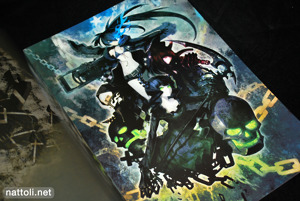 PIC7 is 20-pages counting the covers and even in this B4 size, it still includes several two-page spreads. While it looks great, it takes the actual illustration count down to thirteen, which truthfully isn't that bad for a doujinshi. 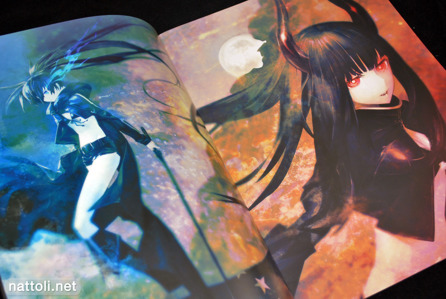 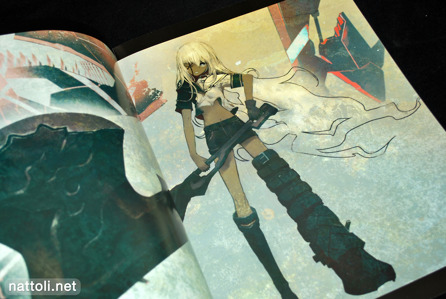 I haven't kept up with the Black Rock Shooter franchise, so it looks like some new folks have been added. Of the two illustrations above, the top one includes Black Rock Shooter herself and Black Gold Saw. Not entirely sure if the bottom one is also from BRS, but I love the way HUKE left her hair unfinished, it makes for a unique transition to the background. 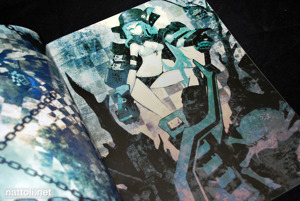 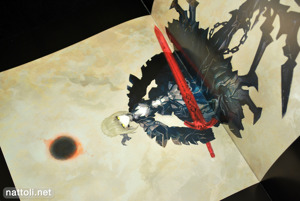 The illustration on the top left was an original work HUKE did for the 2011 Newtype Calendar. The Fate/Stay Night illustration of Saber looks really impressive spread across pages, though I wouldn't have minded seeing it smaller and without the page divide ^^;

There are a few more SQUARE ENIX copyright illustrations in the collection, though I don't know where they're supposed to be from, along with a couple of originals that are more in the style HUKE used to do---mecha and Metal Gear Solid. Finally, HUKE's Wooser illustration from the Summer Comiket is included, though not his Darth Wooser. Though I would probably always wish for more illustrations regardless, PIC7 is another great collection by HUKE that's made even better due to its extra large presentation ^^