Hayate no Gotoku POSTERS!! is available on Amazon 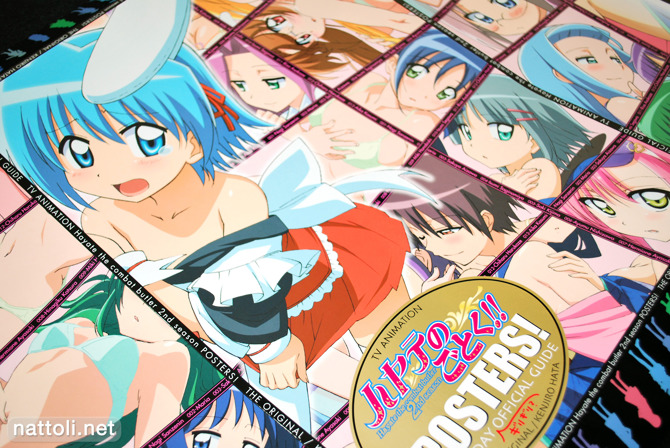 Hayate no Gotoku!! POSTERS! is a collection of exactly that, posters. The art work centers around the characters from the second Hayate no Gotoku!! series, and features new pictures of the thirteen main characters, originally drawn for this book. All the new illustrations are done by Masahiro Fuji, the J.C. Staff character designer for the second series. 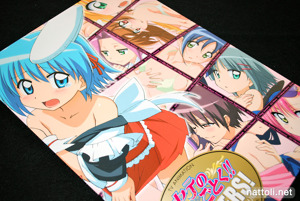 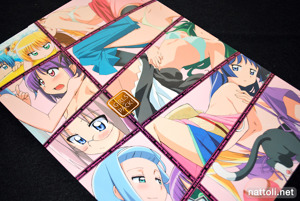 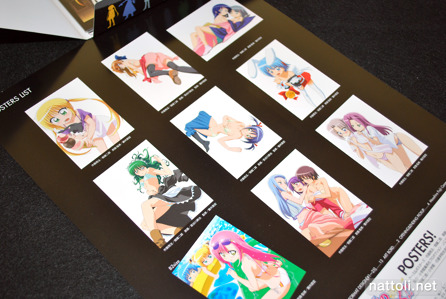 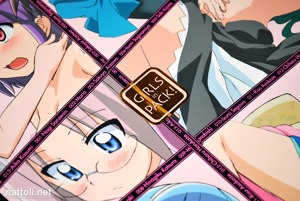 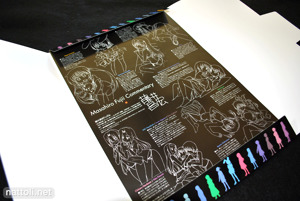 It's an art book, but at the same time, it's not really a book. The pages are packed into an outer case that folds to open and close, and the first time you open it, there's even a little gold seal on it that says "Girls in Pack!" You would think they would use a thicker, card stock type paper for prints, but these sheets are really quite flimsy. The first sheet is the index, showing you the white sketches of the new art work, along with Masahiro Fuji's commentary on each drawing. On the reverse side are thumbnails of the finished works.

The first 13 sheets are basically double-sided screen shot collages. They're styled like film contact sheets, so that's kind of neat. On one side, it has memorable screen shots of the same character, and on the other side it's character line arts with costumes and settings, with some in color. It was a bit disappointing for me, I would have rather they'd just reprinted older illustrations in this new format. 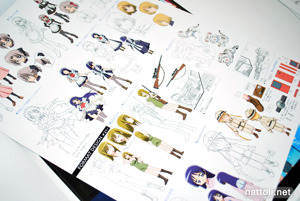 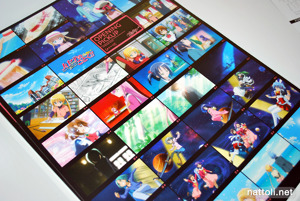 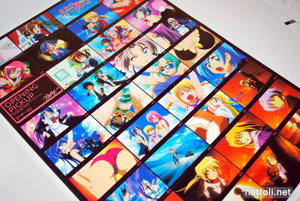 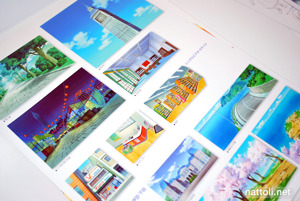 Overall though, it just really feels like filler. Two of the sheets have key frames from the first opening and ending sequences, and another two with the second opening and ending sequences, though on on the back they have some of the background scene art from the series. It's basically the kind of stuff you would find in the average anime guide book. 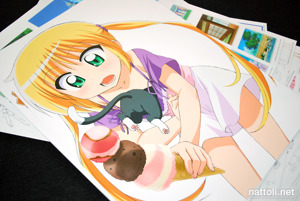 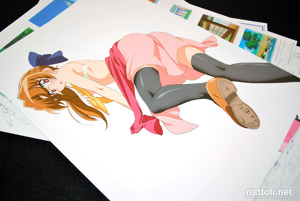 The new illustrations are at the bottom of the pile. The first two pictures are Nagi and Maria. Guess Maria's into a little cosplay now and those glasses really suit her :D 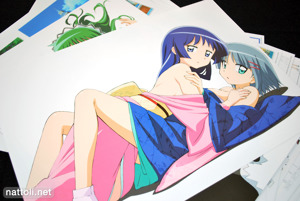 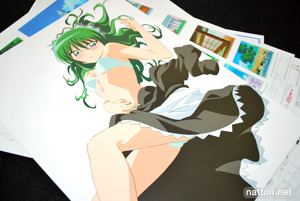 I was pretty surprised to see such a sexy illustration of Kijima Saki, I never thought she could look so pretty :D 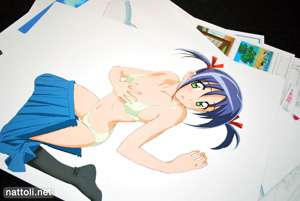 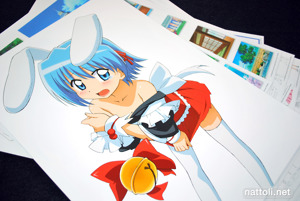 It's awesome how Hayate, or rather Hermione Ayasaki, can be included in a collection of girl's illustrations XD He's pictured cross-dressing as usual. I think the Ayumu Nishizawa illustration is a bit plain, but I guess there's only so much you can do with her on her own... 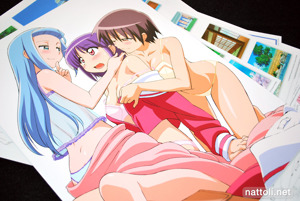 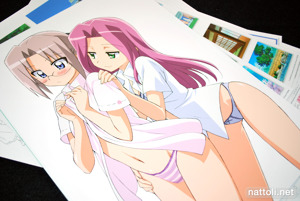 The last two pictures speak for themselves. The first one includes a three-some with Miki Hanabishi, Izumi Segawa, and Risa Asakaze. And the second features Chiharu Harukaze and Aika Kasumi, in just button-ups and panties >_< 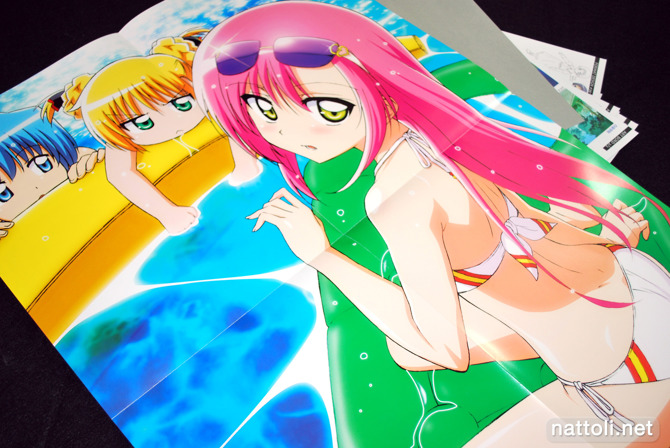 The last picture in the collection is a B2-sized poster, mostly of Hinagiku in a bikini, though Nagi and Hayate are in the background. I really like the new stuff in the collection, but the rest of it is not something I would have intentionally paid for ^^; This art book has a total of 56 pages (front and backs) but as far as I'm concerned, it only has 9 pictures. I can't help but feel this would make a better set of calendar pictures than an art collection. But I'm probably not a big enough fan to really appreciate it ;D

Almost perfect, not wasting space with posters, now all they need to do is add some backgrounds

I wish more groups did this kind of format, I hate it when half the artbook is full of bad thumbnails and two page spreads with half of the image stuck in the seam.

Wouldn't you have to open these posters up and lay them down to look at them? Perhaps if they were loose A4 posters it would be convenient

It might be becoming a trend though, there was a recently released Kami nomi zo Shiru Sekai (The World God Only Knows) that was this exact format too.

ZOMG, can u tell me the ISBN no. for this book? I've got to ask Kino and see if they can order this in for me.

I've been wanting a Hayate no Gotoku artbook for a while now and THIS IS IT!!!.

The ISBN's are on all the Amazon pages too under "product details" it's where I just copy pasted that from :D

This artbook is HOLY, very colorfull and with nice ecchi images. Hina-sama!